Zhang said China will “play its part in de-escalating the situation”.

• Zhang said China will “play its part in de-escalating the situation”. 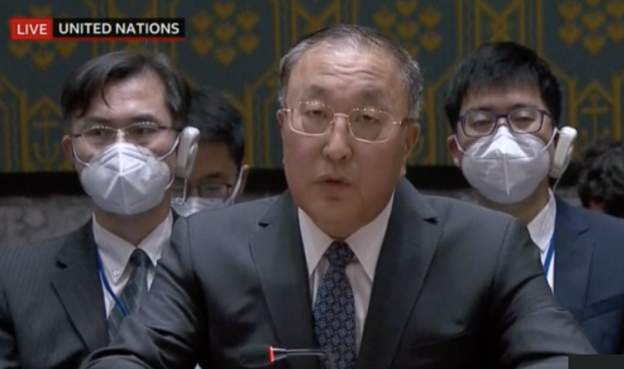 More from the UN security council meeting and China’s representative to the UN Zhang Jun has described multiple peace talks between Russia and Ukraine as “positive steps towards achieving peace”.

He says China will “play its part in de-escalating the situation”.

He also says China attaches “great importance to bio-safety and security” and “firmly opposes the development, possession and the use of biological and chemical weapons by any country”.

He says it would encourage any country that has not yet destroyed their stockpiles of chemical weapons to do so as soon as possible.

Zhang Jun says China has “noted with concern relevant information released by Russia” and believes they should be "properly addressed".

Ukraine war: No progress on ceasefire after Kyiv-Moscow talks

Ukraine would not surrender, the foreign minister said.
News
2 months ago

Russia-Ukraine war: What has happened as at day 15

Ukraine says it is fighting for its existence
News
2 months ago
WORLD: "WATCH: The latest news from around the World"
World
11 March 2022 - 21:20