Vegetables may be good for you, but eating a lot of them is unlikely to reduce your risk of a heart attack or stroke

• Eating at least five portions of fruit and vegetables every day is recommended by health advisers, including the NHS.

• Oils and fat used in cooking may also increase intake of sodium and fats, which are known risk factors for heart problems. 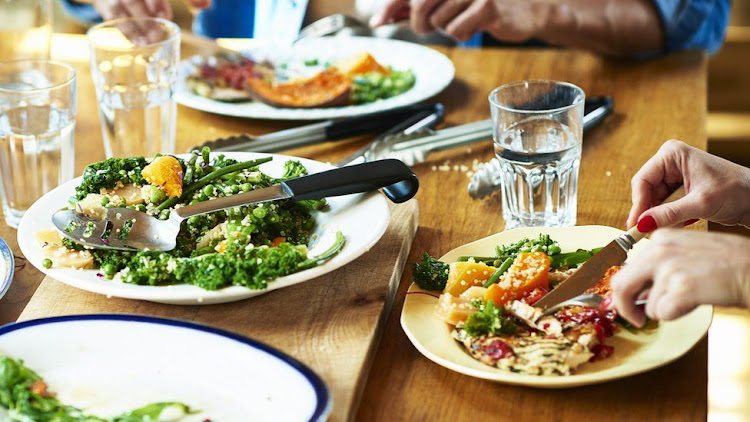 Vegetables may be good for you, but eating a lot of them is unlikely to reduce your risk of a heart attack or stroke, a large UK study suggests.

What else we eat, how much exercise we do and where and how we live may have more of an impact, the researchers say.

But they emphasise that a balanced diet helps reduce the risk of many diseases, including some cancers.

Eating at least five portions of fruit and vegetables every day is recommended by health advisers, including the NHS.

The study, from the universities of Oxford and Bristol and the Chinese University of Hong Kong, asked nearly 400,000 people who are taking part in the UK Biobank study to fill in a questionnaire about their diet, including the quantity of cooked and raw vegetables they ate each day.

On average, people said they ate two heaped tablespoons of raw vegetables, three of cooked vegetables and five in total per day.

Their health, and any heart problems that led to hospital treatment or death, was then tracked over the next 12 years.

Although the risk of dying from cardiovascular disease was around 15% lower for those eating the most vegetables - particularly those eating lots of raw veg - compared with those eating the least, the researchers said this could all be explained by other factors.

These included people's lifestyles - for example, whether they smoked and how much alcohol they drank - as well as their jobs, incomes and overall diet.

As a result, they said their study did not find evidence of "a protective effect of vegetable intake" on how often heart and circulatory problems occurred.

Dr Ben Lacey, from the University of Oxford, said: "This is an important study with implications for understanding the dietary causes of cardiovascular disease (CVD)."

But Prof Naveed Sattar, professor of metabolic medicine at the University of Glasgow, said there was "good trial evidence" that eating foods rich in fibre such as vegetables, "can help lower weight and improve levels of risk factors known to cause heart disease".

He said the study's conclusions could be debated and should not alter widespread advice to eat at least five portions of fruit and vegetables a day.

"Many living in the UK fall well short of this, sadly, and more needs to be done to encourage better intake of vegetables," he said.

"In fact, I suspect we may have underestimated the importance of a healthy diet on health and disease in general," he added.

Other experts said measuring how much and what kinds of foods people eat over many years in order to study the effect on disease risk was prone to error.

"Unfortunately doubt has to be cast on the reliability of findings from the use of simple questions expecting users to express an average intake value," said Prof Janet Cade, from the University of Leeds.

The study, published in Frontiers in Nutrition, says people who eat lots of raw vegetables may have a reduced heart risk because cooking vegetables removes important nutrients, such as vitamin C.

Oils and fat used in cooking may also increase intake of sodium and fats, which are known risk factors for heart problems.

People eating a high-vegetable diet may eat fewer calories and less fat, while also consuming more vitamins and anti-oxidants, which can prevent damage to cells.