• Hundreds travelling from countries including India, Egypt and Kenya must spend 10 days at a quarantine hotel in England, under the current rules.

• The Welsh government urged students to ask their universities about support. 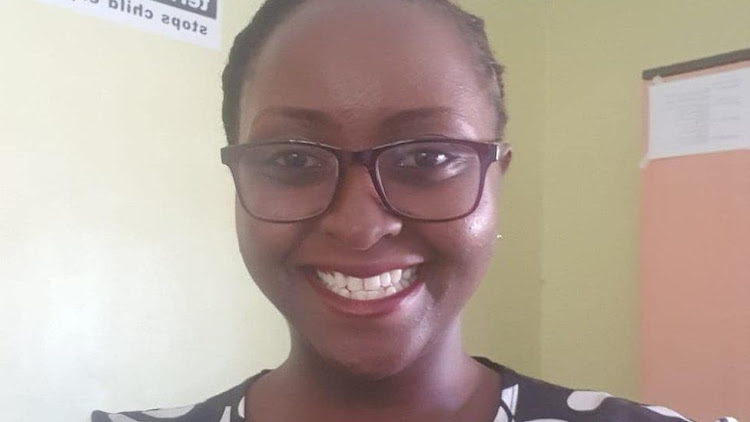 Goretti Njagi, a Master's student, said it was "a setback" when Kenya was added to the red list
Image: BBC

It is "unacceptable" some international students face studying remotely until they can afford to pay quarantine costs, a students' group has said.

Some universities in Wales have offered to pay the £1,750 (Sh260,568) costs for students coming from red list countries.

Hundreds travelling from countries including India, Egypt and Kenya must spend 10 days at a quarantine hotel in England, under the current rules.

The Welsh government urged students to ask their universities about support.

The National Union of Students (NUS) Wales said it was wrong that support varied, despite all international students paying the "same high fees" - often between £10,000 and £20,000 per year, depending on the course.

Bangor University, Cardiff University, the University of South Wales and Swansea University have all said they would fund the costs of quarantine in full for red list students.

Aberystwyth University has offered to pay up to £1,000 per student, but Cardiff Metropolitan University and the University of Wales Trinity Saint David (UWTSD) have only offered remote learning until students can pay themselves.

Neither Cardiff Met nor UWTSD replied to a request for additional comment, while Wrexham Glyndŵr University has not revealed its policy on quarantine fees.

"It is also wrong that some international students will have their quarantine paid for, some will have to pay, and others will have to wait and learn online, all the while paying the same high fees as students in the classroom.

"Financial support should not be dependent on which institution you choose to attend."

She called for the Welsh government to pay the costs, saying if it failed "to do the right thing" then universities must "step up".

Goretti Njagi, 31, a postgraduate student at Swansea University, opted to start her psychology course online from home in Kenya last year, because of concerns over travelling in the pandemic.

"I decided to start my learning in my country first, but one month into it, I realised that I may have to do this for a long period, so I decided just to come anyway.

"I was looking forward to face-to-face learning, but I ended up actually completing almost my entire course online.

"Sometimes it kind of makes you wonder whether you made the correct decision."

Kenya has since been placed on the UK's red list.

Ms Njagi said if she was looking to travel from Kenya this year, she would seriously consider studying online for longer.

"I have never relied on the internet, WhatsApp and Zoom calls so heavily as I have this year. It does get quite lonely and you need sometimes to get the reassurance from your family, but it's not the same as having them there with you.

"It was quite a setback when Kenya was red-listed for us. You think that you might get at least a break to visit home, even for your mental health it's quite important.

"But now with Kenya being on the red list it means that you cannot take a break and visit your family."

"Not least because they'll be arriving into England and then coming on to Wales [after quarantine]."

Prof Aitchison said it had to be left up to individual students to decide when they wanted to travel to Wales, with many facing unique and changing circumstance in their home countries.

She said the UK government had now given permission for international students to delay their journey until April 2022, if they felt it necessary, and would start their course online from their home country.

"I think we're now pretty adept at this hybrid way of working, so that will be a distinction between international students and some of the home students that we absolutely want to see on campus come September."

The Welsh government said: "We understand the cost of quarantine may be a financial burden for some students and they should speak to their university about what support is available.

"Welsh universities are considering how they can support international students to start their courses remotely to allow them to delay travel while case rates and risks in their home countries are high."