•The ICC is handling a number of sensitive cases, including in the Palestinian territories and Afghanistan.

•Members of the prosecutor's office were personally targeted by financial sanctions while Donald Trump was U.S. president. 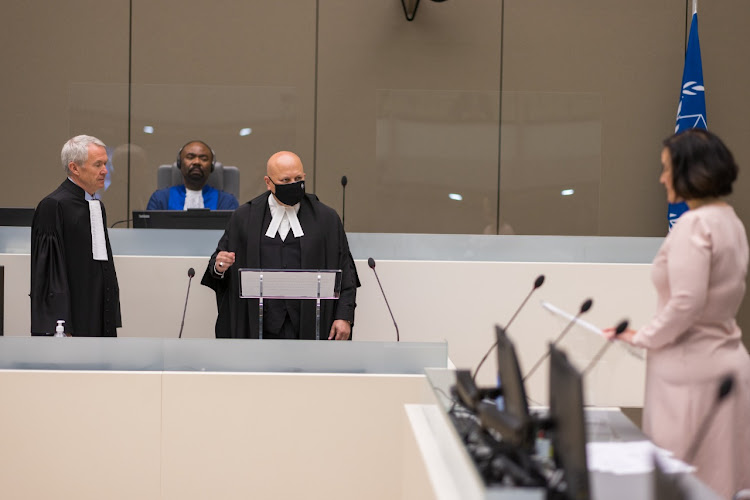 British barrister Karim Khan took over as the International Criminal Court's top prosecutor on Wednesday with a pledge to improve its track record by taking only its strongest cases to trial.

Khan, who is only the third person to hold the role, faces many challenges at a time of fierce political pressure on the world's permanent war crimes tribunal.

The ICC is handling a number of sensitive cases, including in the Palestinian territories and Afghanistan, and members of the prosecutor's office were personally targeted by financial sanctions while Donald Trump was U.S. president.

Under Trump, Washington opposed decisions by Khan's predecessor, Fatou Bensouda, to examine war crimes allegations in Afghanistan, including against U.S. troops, and alleged atrocities in the Palestinian territories by Israeli troops, Palestinians and other armed groups.

The sanctions have been dropped, but U.S. and Israeli opposition to the court remains.

Khan, 51, took an oath to serve his nine-year term honourably and impartially during a ceremony in The Hague. He said one of his main tasks would be improving the performance of the prosecutor's office.

Since opening in 2002, the ICC has convicted five men for war crimes and crimes against humanity, all African militia leaders from Democratic Republic of Congo, Mali and Uganda. Sentences ranged from nine to 30 years in prison.

Prosecutors dropped or lost at least three major cases, or failed to gather enough evidence in others to proceed to trial.

"Opening preliminary examinations, requesting authorisation or commencing investigations is a start, but as we say in English the proof of the pudding is in the eating. We have to perform in trial," Khan said.

"We cannot invest so much, we cannot raise expectations so high and achieve so little, so often in the courtroom," he said.

"We need a greater realisation of what is required... Building stronger cases and getting better cases in the courtroom."

Already short of resources, the ICC is dealing with 14 full-blown investigations and eight preliminary examinations. Khan also inherits investigations opened in countries including Myanmar, the Philippines and Ukraine.