• A UN Security Council meeting is set to take place later on Sunday and the 57-nation Organization of Islamic Cooperation is holding virtual emergency talks. 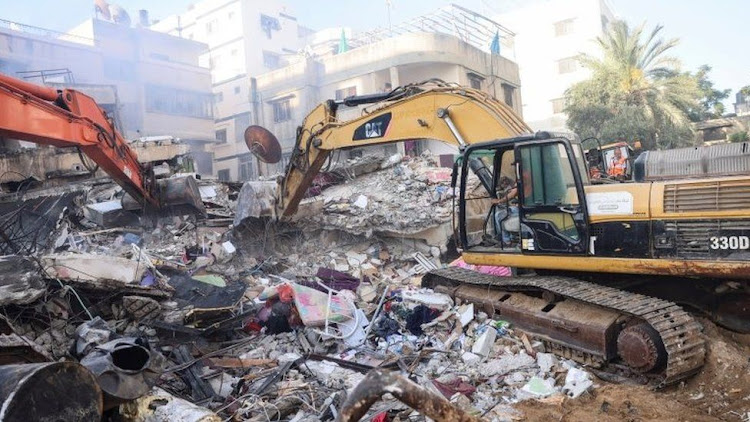 The Israeli military says it has bombed the home of the political leader of the Palestinian militant group Hamas in a wave of air strikes on the Gaza Strip.

It released video of an exploding bomb which it said had hit the home of Yahya Sinwar, the group's overall leader in the territory.

Militants fired rockets at Israel, with a new barrage on Sunday afternoon.

A UN Security Council meeting is set to take place later on Sunday and the 57-nation Organization of Islamic Cooperation is holding virtual emergency talks.

US President Joe Biden phoned Mr Netanyahu and Palestinian President Mahmoud Abbas to express concern about the situation on Saturday.

Since the fighting began on Monday at least 181 people have been killed in Gaza, including 52 children and 31 women, with 1,225 injured, according to the Hamas-controlled health ministry. Israel says dozens of militants are among the dead.

Ten people, including two children, have been killed by militant attacks on Israel, Israeli officials say.

The flare-up of violence over the last six days came after weeks of increasing Israeli-Palestinian tension in East Jerusalem, which culminated in clashes at a holy site revered by both Muslims and Jews. Hamas - the Palestinian militant group that runs Gaza - began firing rockets after warning Israel to withdraw from the site, triggering retaliatory air strikes. 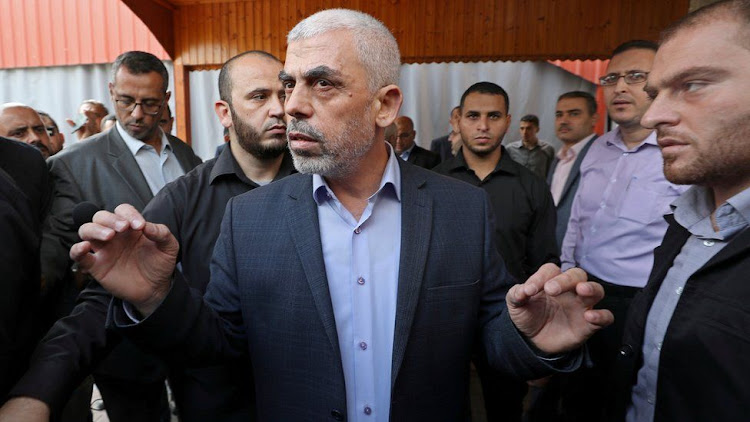 How heavy were the overnight bombardments?

Israel's military said it had struck the homes of both Yahya Sinwar and his brother Muhammad Sinwar, whom it described as head of logistics and manpower for Hamas.

Both residences had, it said, "served as military infrastructure" for Hamas.

Local sources confirmed to media that the Hamas leader's home in the Gaza town of Khan Younis had been bombed. There were no immediate reports about the fate of the two brothers.

Multiple air strikes rocked Gaza City during the night, with dozens of people reported missing under the rubble of homes, said the BBC's Rushdi Abualouf in Gaza.

"I have never covered air strikes with such intensity, explosions are everywhere in Gaza, there are difficulties in communicating with officials to find out where the strikes are," he said on Twitter.

"The building in which I live in [the] western part of the city shook like an earthquake," he said. "A hysterical state of chaos, children and women in the building that houses more than 200 people screaming."

According to the Hamas-run health ministry, 33 people were killed and 50 injured in Gaza overnight, with eight children and 12 women among the dead.

Shortly after noon, rockets were launched by militants in Gaza against Ashkelon, Ashdod, Netivot and other parts of central and southern Israel, according to Israeli media. There were no immediate reports of casualties.

Some 120 rockets had been launched overnight but there were no reports of serious injuries.

What are the prospects for a ceasefire?

Blaming the militants for the conflict. Mr Netanyahu said strikes would continue for "as long as necessary" and everything possible was being done to limit civilian casualties.

On Saturday, the Israeli military blew up a tower block in Gaza City used by international media after issuing warnings to evacuate it.

President Biden told Mr Netanyahu he continued to support Israel's right to defend itself. He expressed concern over deaths on both sides and called for journalists to be protected.

Speaking to President Abbas, the US leader said he was committed to "strengthening the US-Palestinian partnership". He also said the Hamas rocket fire into Israel had to stop.