Europe wakes up to Uyghurs’ sufferings

The Netherlands has become the first European country to pass a motion terming the Chinese treatment of the Uyghur minority as “genocide”.

• Various Uyghur organizations in different countries have launched campaigns to highlight the trauma experienced not only by Xinjiang-based Uyghurs but also by the Uyghur diaspora.

• The objective was to highlight and seek justice for numerous families who have disappeared in Xinjiang by Chinese authorities and are supposedly incarcerated in China’s so-called “re-education camps”. 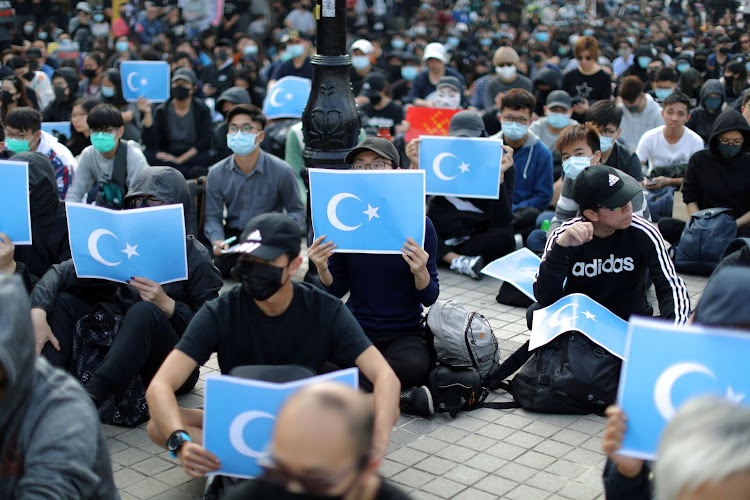 More than 1 million Uyghurs today stand imprisoned in China’s so-called “re-education camps” that are perhaps no less than concentration camps of the World War II era.

Various Uyghur organizations in different countries have launched campaigns to highlight the trauma experienced not only by Xinjiang-based Uyghurs but also by the Uyghur diaspora.

The recent surge in activism among Uyghurs overseas is mostly a direct response to the increasingly repressive Chinese policies in Xinjiang.

As more people speak out, China has doubled its efforts to silence them and control the narrative over what it calls “re-education camps”.

Nevertheless, it seems Europe has finally woken up to Uyghurs’ call for justice against China’s repressive measures in its northwest province of Xinjiang.

The Netherlands has become the first European country to pass a motion terming the Chinese treatment of the Uyghur minority as “genocide”.

The motion was initiated by MP Sjoerdsma, who said, “The detention camps, where it is estimated that more than 1 million Uyghurs and other Muslim minorities are locked up, are so big that you can see them from space”.

The MP called the camps “the largest mass incarceration of ethnic minorities since World War II”. The motion, which is non-binding, is expected to encourage other European parliaments to advance similar statements.

In another event, a group of MEPs and human rights activists got together over a webinar organized by Brussels Press Club to discuss China’s continuing human rights violations in Xinjiang, Tibet and Hong Kong. Iain Duncan Smith, former leader of Opposition and Secretary of State, Belgium, condemned the ongoing human rights violations against Uyghurs in Xinjiang and criticized the EU’s decision to conclude the EU-China Comprehensive Agreement on Investment (CAI).

He highlighted China’s bullying behaviour on its borders in South China Sea (SCS) and added that China was not only a threat to Taiwan but also a big problem for the free world.

An MEP from Finland, Alviina Alametsa, speaking at the occasion, stated that China was committing a crime not only against humanity but also against international law and human rights and the EU should not stay silent at the moment.

The MEP demanded the EU ban products manufactured by forced labour in Xinjiang’s concentration camps from entering into European market.

Drawing attention towards forceful disappearance, the Norwegian Uyghur Committee launched a campaign called “Where is my Family” from February 22 to March 09, 2021.

The objective was to highlight and seek justice for numerous families who have disappeared in Xinjiang by Chinese authorities and are supposedly incarcerated in China’s so-called “re-education camps”.

The campaign saw large number of Uyghurs participating with the resolve to take the demonstration further to other cities of Norway to draw attention to their cause.

On the occasion of International Women’s Day, a webinar to highlight the plight of Uyghur women was organized by Rafto Foundation for Human Rights in collaboration with the Norwegian Uyghur Committee.

The panellists showcased how China was carrying out forced sterilization of women and implementing other measures to prevent Uyghur women from giving birth resulting in a terrifying drop in the Uyghur population rates.

There are also reports documenting how women and girls are subjected to systematic abuse in China’s “re-education” camps, where they are raped, sexually abused and tortured.

Uyghurs, not only in Xinjiang, but also abroad have to fight for their voices to be heard amidst Chinese government harassment and a worldwide increase in Chinese state-sponsored disinformation.

The European Union, being a champion of human rights, must not compromise with its values while dealing with China.

It should reset its relationship with China taking into account massive and enormous abuses of human rights taking place in the country.