• Chauvin was filmed pressing his knee on Floyd's neck for more than nine minutes before he died in May.

• Defence lawyers have indicated they will argue that 46-year-old Floyd died of an overdose. 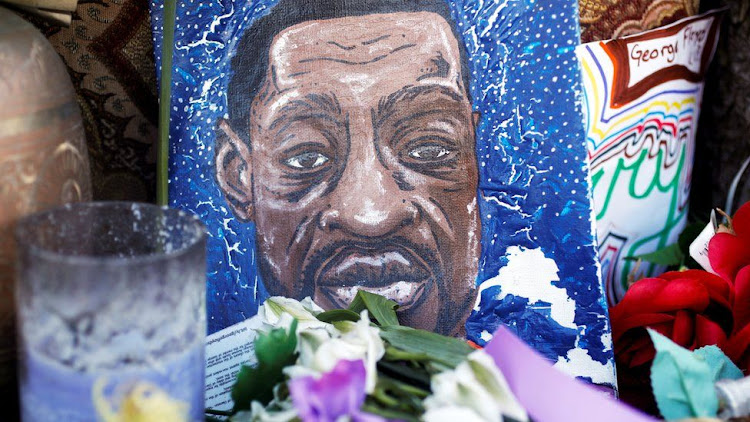 A court has been examining CCTV footage of George Floyd taken shortly before his death, as the murder trial of former police officer Derek Chauvin enters its third day.

Christopher Martin, an employee at a grocery store where Floyd is alleged to have used a counterfeit $20 bill, is the latest witness to take the stand.

Chauvin was filmed pressing his knee on Floyd's neck for more than nine minutes before he died in May.

Chauvin, 45, denies charges of murder and manslaughter. Defence lawyers have indicated they will argue that 46-year-old Floyd died of an overdose.

Christopher Martin was on shift at Cup Foods at the date and time Floyd went there.

He told the court he briefly interacted with him as a customer and said he "appeared to be high" because he struggled to respond to a simple question, but he was ultimately able to hold the conversation.

The court was shown surveillance video, showing Floyd laughing, talking to people, and walking around.

What else has happened in the trial so far?

In opening statements on Monday, Prosecutor Jerry Blackwell told the jury that Chauvin had "betrayed his badge" by kneeling on Floyd's neck and using "excessive and unreasonable force" to detain him.

Meanwhile, Chauvin's lawyer Eric Nelson said the case was about the evidence, not about a "political or social cause". He said Floyd had ingested drugs at the time of his arrest "in an effort to conceal them from the police", and suggested this contributed to his death.

Four young witnesses took to the stand on Tuesday. Darnella - the teenager whose film of Floyd's death sparked global protests - said she "stays up apologising" to him for "not doing more".

She told the court she started filming on her phone because she "saw a man terrified, begging for his life".

One witness, Donald Williams II, who is trained in mixed martial arts, was questioned for more than an hour by the prosecution and defence on Monday and again on

Tuesday. He told the court Chauvin had used a dangerous technique called a "blood choke" and was moving his knee back and forth to increase the pressure on Floyd's back and neck.

He rejected defence suggestions that he and other bystanders' interactions with police had been threatening to the officers there.