• Tana River county is among areas hardest hit by drought in the country, the latest report from the National Drought Management Authority shows.

• The drought situation has worsened and pushed Tana River, Laikipia and Tharaka Nithi counties to the alarm phase. 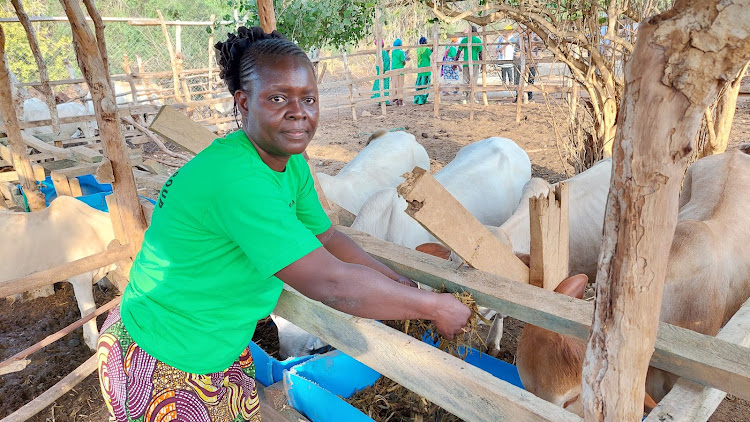 The devastating drought in more than 20 counties has led to mass livestock deaths and weight loss for the remaining animals.

Tana River county is among areas hardest hit by drought in the country, the latest report from the National Drought Management Authority shows.

The drought situation has worsened and pushed Tana River, Laikipia and Tharaka Nithi counties to the alarm phase.

However, the drought has come as a blessing in disguise for a group of farmers in Tana River.

They have seen an opportunity to make money by fattening the weak animals in anticipation of selling them at better prices.

JEBVI Women Group treasurer Hadula Mikal told the Star during a field visit to Kipendi village in Tana River that they have been trained on growing drought tolerant crops to help fatten the weak animals.

“We were also trained on how to harvest and conserve the fodder in form of silage. We are now using the fodder for stall-feeding the animals,” she said.

RESTORATION: One of the wasted animal that is being fattened.
Image: AGATHA NGOTHO

This has been made possible through the Tana River Beef project, which sought to offer a solution to the devastating drought.

This includes introducing new fodder species, producing the fodder in an innovative way, preserving it and then feeding it to threatened or selected animals.

The project is a collaboration of the University of Nairobi, Kalro and the Tana River Livestock department with support from the Kenya Climate Smart Agriculture Project.

KCSAP is a government of Kenya project jointly supported by the World Bank.

Mikal says the initiative saves the animals from dying due to drought, helps in quickening their growth, fattening them, hence improve their quality for better income.

She said the place is dry and the forage they have been introduced to can do well in the area.

They plan to start selling the fodder to their neighbours during the dry periods once they have stored enough for the stall-feeding.

David Morowa is the only male member of the JEBVI Women Group.

He said the drought is getting worse and this has forced pastoralists to travel far in search of water and pasture.

Morowa said not all animals survive the harsh conditions and many die along the way.

“There will be no more losses because we will be able to save our animals by putting them together and feeding them. We will no longer have to trek kilometres in search of pasture.

"I urge the government to support the pastoralists communities to put up more feedlots, to reduce livestock deaths during drought,” he said. 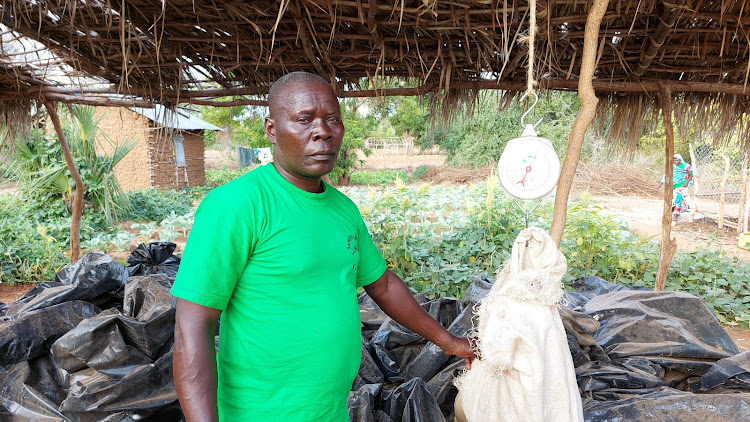 FEEDLOT SYSTEM: David Morowa weighs feeds before they are given to the animals in the feedlot system.
Image: AGATHA NGOTHO

Morowa said in future, they will be charging a small fee to fatten animals for those who are not members of the group as they plant more fodder.

“We have about 20 animals in the feedlots and they were in bad condition when they were first brought here.

"However, a few weeks down the line, they have improved their body condition. They are now looking healthy and can fetch a better price than what the market is currently offering,” he said.

Morowa said they will be selling their animals in kilos in order to make more money, so the more the weight the better the price.

He also said they are planning to expand the stall-feeding venture and build a slaughter house, so that they will be selling beef to residents and neighbouring counties. 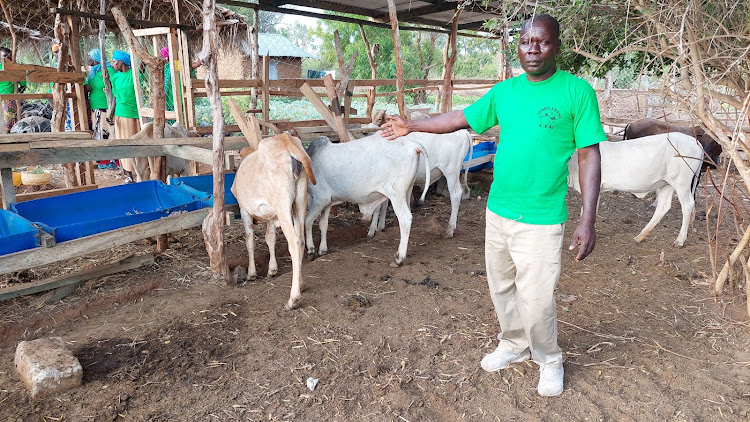 BEEF PRODUCTION: David Morowa a member of JEBVI Women Group shows some of the animals the group has put under the feedlot system.
Image: AGATHA NGOTHO

He said pressure on grazing lands is on the rise because of increased livestock numbers and climate change.

“The increase in severity and frequency of droughts is causing livestock losses and anguish to livestock owners in the county.

UoN's Prof Raphael Wahome who is also the TARIBE team led said the project sought to achieve a number of things.

This includes introduction of forage species and production practices that, during plenty, can yield five times the local vegetation, four times a year or 20 times as much fodder as can be produced naturally in the study area.

“It is also important that this forage can be conserved using practices introduced and later fed to cattle, increasing the carrying capacity to five-fold," Wahome said.

The official said the intervention stops weight loss during drought, saves animals, enables regaining of lost weight and animals can be sold at a premium after the drought.

"It also enables selling of younger animals earlier, reduced production costs and larger income from the better-quality meat,” he said.

Wahome said two groups have benefited they include Jebvi, Karichewa women groups and a beef finishing farmer in Madogo.

Chief research scientist Dr Jane Wamuongo who is also the coordinator of livestock projects at Kalro said they are keen on the seed system and adaptive research.

“We are validating technologies that will help farmers fatten their livestock before they can go to the market.

"We are looking at issues of increasing productivity, reducing greenhouse gas emissions and how farmers are adapting to the technologies,” she said.

The county livestock director says plans are underway to upscale these technologies to other wards such as Madogo, Hola and Garrisen.

“These technologies offer huge potential for economic empowerment for Tana River families, if given the attention they deserve.

"This includes creating employment for the youth and women, improving food security and providing mitigation for climate change,” Wambua said. 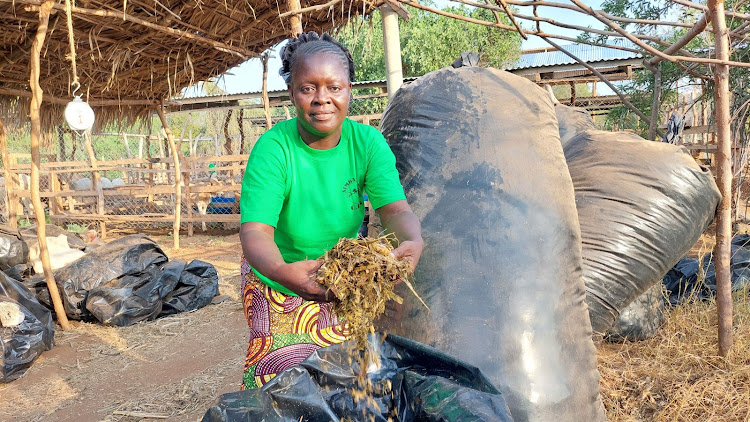 FORAGE: Hadula Mikal, from JEBVI Women Group in Tana River county shows some of the feed they have stored to use for fattening the weak animals.
Image: AGATHA NGOTHO

The county is the highest milk producer countrywide with 430 million litres annually.
Counties
2 months ago

The partnership hopes to train youths to grab jobs in agriculture sector.
Counties
4 months ago

Place was once a swamp but is now a productive rice field in Bunyala Irrigation Scheme
News
4 months ago
Post a comment
WATCH: The latest videos from the Star
by AGATHA NGOTHO Science Writer
Star Farmer
19 September 2022 - 22:00
Read The E-Paper