Prof Steven Runo has edited the DNA of sorghum to give it resistance to the notorious, parasitic weed

•Traditionally, farmers would attempt to control Striga by simple, physical means. These included physically uprooting the plants, which wasn't particularly effective, considering that the weed knots itself within the host’s roots.

•Prof Runo is an associate professor of molecular biology at Kenyatta University. 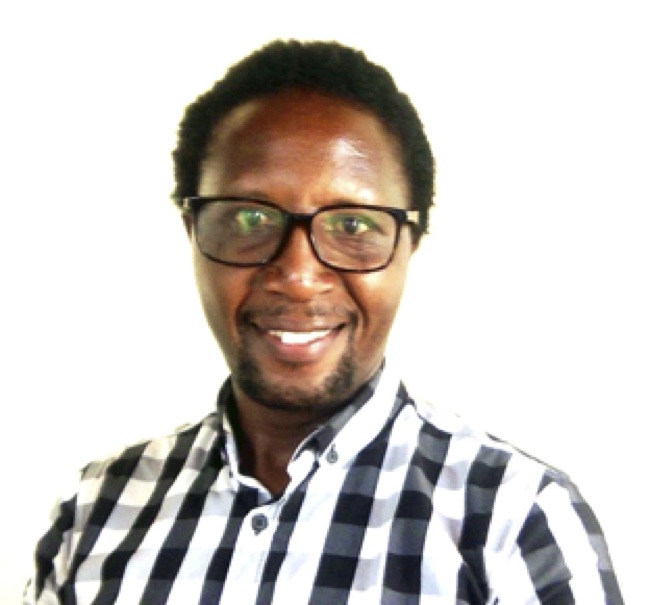 The world is making tremendous strides in the novel science of genome editing, which has wide-ranging applications in medicine and agriculture, among other fields.

Among the towering names in genome editing in Kenya is Prof Steven Runo, an associate professor of molecular biology at Kenyatta University. Part of his research work targets Striga, also known as witchweed, a notorious weed that threatens maize, sorghum, rice and several other cereal crops.

Known in parts of western Kenya, where it is particularly rife, as Uyongo or Kayongo, Striga is a predatory plant that attaches itself to the roots of the host plant, from where it saps vital nutrients from the host. This invariably leads to stunted growth and vastly diminished production.

“Genome editing is a new technology for not only plant breeding but also animal breeding,” Prof Runo said.

“It’s a very simple strategy. Think about the DNA, which is what determines the traits of organisms. How tall or short we are, and how much yield you get from a crop, is determined by the genetic code”.

With this in mind, scientists like Prof Runo are able to introduce changes to an organism’s DNA, with an aim to alter specific traits in the organism.

“Genome editing involves going into the genome and introducing beneficial changes, and very precisely at that,” he said. “So, you can go into a specific trait and alter one or two bases – or DNA sequences - to achieve the trait that you are looking for. One of the ways that genome editing can be done is using CRISPR Cas9 technology, a very simple alteration of DNA sequence for beneficial traits”.

Traditionally, farmers would attempt to control Striga by simple, physical means. These included physically uprooting the plants, which wasn't particularly effective, considering that the weed knots itself within the host’s roots.

And upon maturity, the weed deposits its seeds in the soil, which makes it difficult for farmers to control it.

Farmers would also practice crop rotation or intercropping with legumes, which helps control Striga’s germination. They would also apply inorganic fertiliser to enrich the soils, as Striga thrives in poor soils within low-rainfall regions.

The use of pesticides would also be recommended as a control measure against Striga, but chemical controls are normally not within reach of many small-scale farmers.

“While a few control measures have been moderately successful, the problem still persists, especially in western Kenya, eastern Uganda and lake zone of Tanzania, where farmers have frequently voiced their frustrations at the ubiquity of this invasive weed,” states The International Maize and Wheat Improvement Center (CIMMYT).

That’s where biotechnology chips in, with novel technologies that aim at controlling the proliferation of pathogenic plants, and minimizing the labour and costs in pesticides that farmers would ordinarily incur.

Prof Runo’s project, titled “Evaluation of Striga resistance in Low Germination Stimulant 1 (LGS1) mutant sorghum”, seeks to confer resistance to this parasitic weed in sorghum, an important cereal crop in Kenya and many parts of Africa.

A proof of concept has already been done for the project, and the program awaits other stages in product development, which will ultimately culminate in trials.

“This weed is present in most parts of Sub-Saharan Africa, and Kenya is one of those countries that is heavily infested by the parasite,” Professor Runo told Tuko recently.

“Depending on the level of infestation, Striga can cause between 30-100 percent in yield losses. We estimate this to cost about US$ 7 billion globally every year. This is a substantial amount of money, considering that this weed affects cereal crops, mostly grown by small-scale farmers”.

Many counties in Western Kenya have Striga infection, he adds - from Busia to Siaya, Kisumu and Homabay.

“Almost all countries within western Kenya have Striga infection”.

He is honored to be at the forefront of such groundbreaking research, and appreciates the opportunity to deploy his expertise in this highly complex science towards finding solutions for common problems that have dogged local farmers.

“You’d be happy to know that Kenya has very good human resource in terms of very well trained scientists. What we want to showcase is that these scientists can do research that is comparable to research that is done in other countries. Again, we have a long-standing history of using advances in plant sciences to develop and grow better crops”.

There are plenty of good reasons to support local scientific expertise, he adds, citing the case of Asia.

“The success that we are seeing in Asia, in terms of agricultural advancement, was because scientists were supported. They’d say, we have a critical number of scientists that have innovations, and they’d use science-based and evidence-based facts to support and make decisions and policy in agriculture. Such an approach goes a long way towards growth improvement, and ultimately improves food security”.