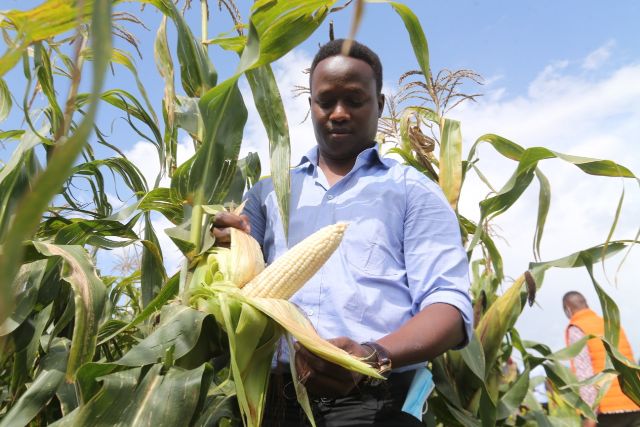 These include availing crop and soil-specific fertiliser, knowledge extension services, use of technology and collaborative research.

Yara East Africa Country Manager William Ng’eno says the firm’s teams of agronomists are working with farmers to improve yields of various crops across the country.

In a statement released following a successful weeklong conference in Mombasa organised for County Executive Committee (CEC) Members for agriculture under the auspices of the Council of Governors (COG), Mr Ng’eno revealed that plans are underway to partner with local farmers to implement carbon trading as a way of supporting Government’s efforts to combat climate change.

“The Carbon credits concept, which involves planting trees, helps farmers both individuals and organizations, indirectly reduce their carbon footprint when they cannot directly reduce emissions on their own,” he explained.

The CECs came up with resolutions to work with the private sector on ways of boosting agricultural production and food security and Mr Ng’eno said Yara East Africa was ready to play its part in the country’s sustainable development.

At the Coast, the Carbon credit trade involves conserving and restoring mangrove forests whose soils are highly effective carbon sinks.

Mangroves are also key in protecting coastlines against erosion, storms and rising sea levels, and are the major source of protein for the villages along the coast.

At the UN climate talks in November last year, President William Ruto said Kenya’s next significant export will be carbon credits and called for a simplified, more transparent carbon market system that directly benefits communities and not just intermediaries.

The conference for CECs was a forerunner for one planned for county bosses to unlock the sector’s development.

Post a comment
WATCH: The latest videos from the Star
by THE STAR REPORTER
News
25 January 2023 - 15:56
Read The E-Paper