US commits to assist Kenya with funds for drought initiatives

The funds will provide maize for both human and animal consumption 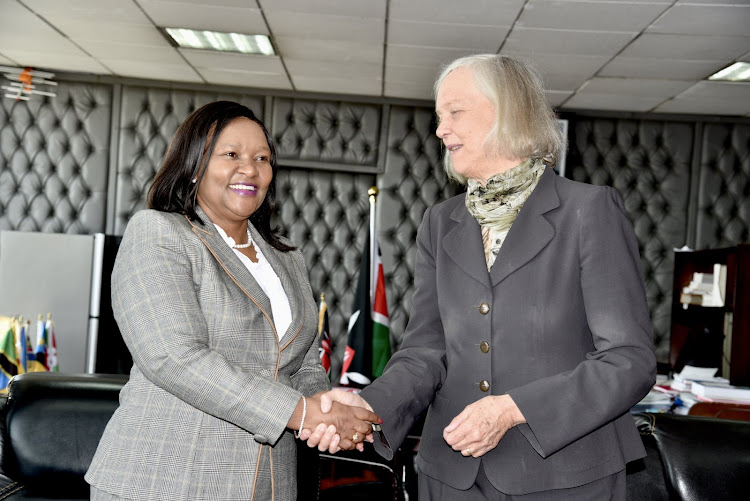 The United States has committed to helping with funds to assist Kenya with the ongoing drought situation.

This comes after the Cabinet Secretary for EAC, ASALs and Regional Development Rebecca Miano met with US Ambassador to Kenya Meg Whitman on Tuesday.

The two discussed at length the deepening of the partnership between Kenya and the US and the creation of more opportunities for the two countries to connect.

The CS also said that she appraised the Ambassador on the drought situation in Kenya.

"I also informed her of interventions that are in place to alleviate the situation," she said.

The Ministry said that the US wants to help Kenya to overcome food insecurity following the prolonged drought the country has suffered.

Experts say that this is the worst drought in four decades.

"The funds will provide maize for both human and animal consumption," Miano said.

"Women and children are most at risk of starvation in the driest parts of the country."

According to the PS State Department of Public Health Josephine Mburu, 884,464 children aged 6-59 months and 115,725 pregnant or lactating women in the country require treatment for acute malnutrition.

On Monday, the Ministry of Health flagged Turkana North, Turkana South and Laisamis as having been worst hit with more than 30 per cent of children aged 6 to 59 months acutely malnourished.

WHO warns of long-term impact of drought on communities

Malnutrition is a major threat to children’s lives, health and development
News
1 week ago

The food worth Sh26 million is expected to feed 10,000 children
News
2 weeks ago

Said they discussed how to deepen the Kenya-US partnership and creation of more opportunities.
InPictures
1 week ago
Post a comment
WATCH: The latest videos from the Star
by SELINA TEYIE
News
25 January 2023 - 15:07
Read The E-Paper