Raila: Chebukati is silent, he knows our 8.1m votes are real

• This, he said, was arrived at following a perusal of documents released by an IEBC whistle blower which they termed as the bombshell. 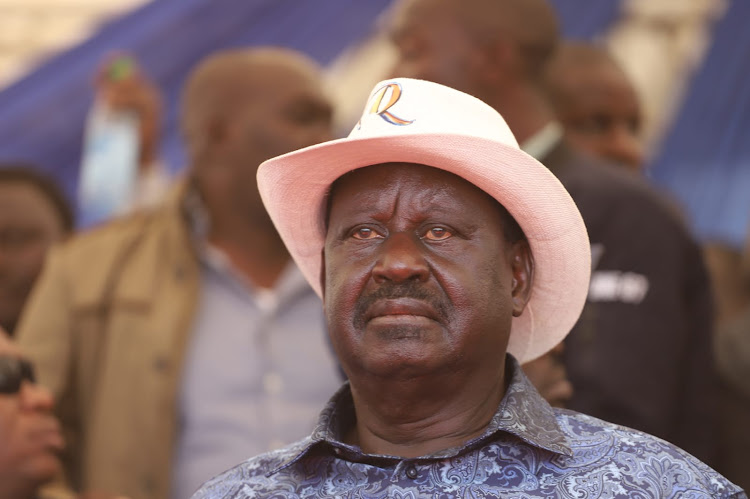 Azimio leader Raila Odinga says outgoing IEBC chairman Wafula Chebukati and the other three commissioners have not disputed the results released by the whistle-blower because they know they are genuine.

This, he said, was arrived at following a perusal of documents released by Vanguard Africa, a whistle-blower who claimed he was privy to what happened in the elections.

"We have maintained that the results announced by Chebukati didn’t reflect the will of Kenyans. Most of the manipulation that was done happened in the Mt Kenya region,” the former Ndaragwa MP said.

Speaking on Wednesday in Nairobi, Raila said the data released by Vanguard Africa contains the genuine Forms 34As as signed at the polling stations by returning officers and party agents from UDA and Azimio.

"Those results are not results anyone can doubt. Of every of 245 forms he has released, only 45 were brought physically to the Bomas. Those forms have barcodes which if you scan, show location, it shows the day and the time they were transmitted," Raila said.

(So no one can dispute what is inside there and that's why they are quiet. The results are true, since they were released Chebukati and his people have not spoken)

Raila spoke while meeting grassroots leaders at Chungwa House ahead of Sunday's rally at Jacaranda grounds.

The Azimio leader said on Monday during the rally in Kamukunji that Sunday's rally will build up on the evidence they have so far released concerning the fraud that happened in the August polls.

While releasing the results, Kioni said there were discrepancies between the verified presidential results from 144 constituencies and those declared at the Bomas of Kenya by the electoral commission.

He further said that results from 59 per cent of the constituencies could not be verified with absolute certainty.

Speaking during the Kamukunji rally, the former Ndaragwa legislator said the fraud that robbed Raila of his victory happened in Kiambu, Kirinyaga and Nyeri.