Mwaura's work is cut out as he assumes office. 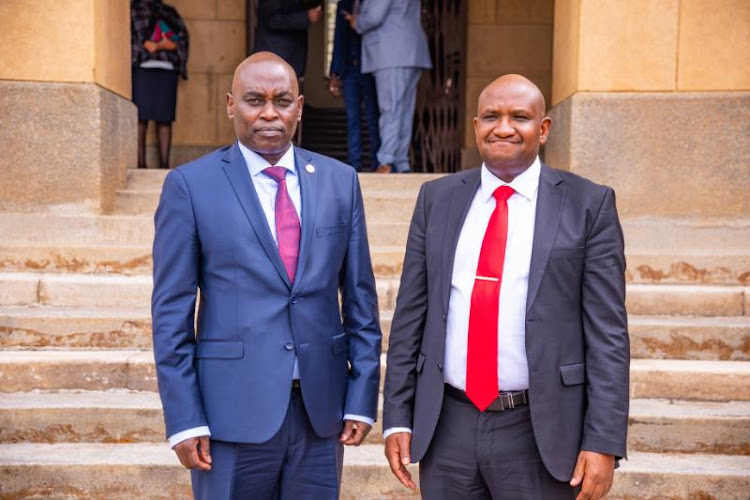 New Kenya Revenue Authority Chairperson Anthony Mwaura has his work cut out as he takes charge at Times Towers.

Mwaura, a key ally of President William Ruto, assumes office at a time when KRA has been given very high revenue targets.

President Ruto has made it clear that KRA must expand the tax revenue to fund his ambitious Kenya Kwanza manifesto dubbed, The Plan.

Mwaura is also expected to drive Ruto's grand plans to reform and transform the authority in the coming months.

He takes over from former Head of the Public Service Francis Muthaura whose term expired.

Mwaura took the oath of office at the Supreme Court of Kenya on Thursday in an event presided over by Chief Justice Martha Koome.

In a gazette notice dated November 17, Ruto said Mwaura will serve for a term of three years.

Mwaura is now tasked to increase the tax base of the country and help Kenya hit its target in collections.

On Sunday, November 20, Ruto said the country must increase it revenue collection to sort the rising debts.

The President noted that the revenue authority should double its collections from the current Sh2.1 trillion to over Sh4 trillion.

“I need help with our debt situation. I have agreed with KRA that as a country, we must move from Sh2.1 trillion to between Sh4-5 trillion,” he said.

In July, KRA for the first time in history hit and surpassed the Sh2 trillion revenue collection mark.

Revenue collection in the 2021/22 Financial Year reached a new record of Sh2.031 trillion growth compared to Sh1.669 trillion collected in the previous year.

The new KRA chair will also be mandate to crack down on tax evaders, but with a humane face as Ruto promised.

In October, speaking during the KRA Taxpayers Day, Ruto said there should be consultation and engagement between the authority and citizens instead of harassing them while collecting taxes.

"KRA should embrace consultations and engagement with the citizens whenever there are problems on payment of taxes instead of harassing them," he said.

"I will be the champion for tax payment and ambassador for KRA in urging Kenyans to pay taxes. We should have a fair tax regime where all are treated equally."

During his maiden address in Parliament after his inauguration, Ruto proposed the renaming of KRA to the Kenya Revenue Services.

He said the renaming will be part of a culture change to make the authority people friendly.

"We want to make it a people-friendly, customer-centric organization. I am of the view that we rename it The Kenya Revenue Service. In line with the proposed transformation," Ruto said.

Upon resumption of office, Mwaura will be tasked to ensure the reforms at KRA into a customer driven service is rolled out.

Speaking in Seoul, South Korea during his official visit to the country, the President noted that all government systems will be digitised by the year 2023.

Mwaura, while in office, will ensure that all systems at KRA are digitalised to ensure citizens access all the services online using their phones.

Taxes are the main sources of government revenue, the new KRA chair is also set to ensure KRA meets revenue targets to fund the President's agenda.

Ruto said there should be a shift in the payment of taxes to include wealth instead of only focusing on consumption and income.

He replaces Francis Muthaura whose tenure has come to an end.
News
2 weeks ago

Ruto said Mwaura will serve for a term of three years.
News
2 weeks ago

President wants KRA collections to increase from Sh2.1 trillion to between Sh4-5 trillion
News
2 weeks ago