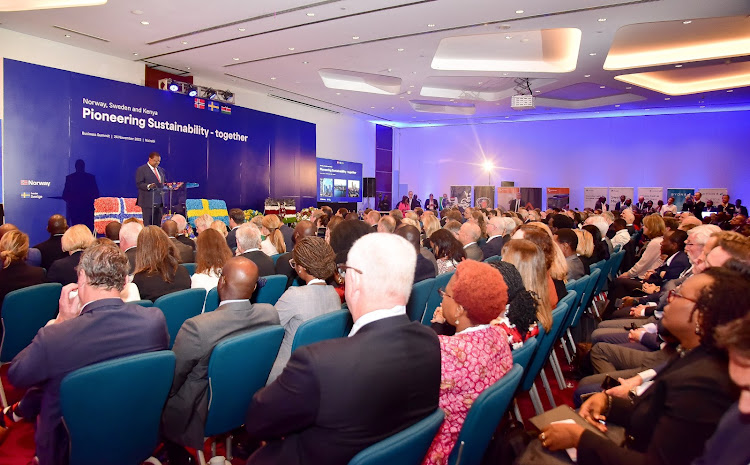 The government is opting for public-private-partnerships to finance development due to the debt crisis the country is facing, Prime Cabinet Secretary Musalia Mudavadi has said.

Speaking during the opening of the tripartite Kenya-Sweden-Norway business summit in Nairobi on Thursday, Mudavadi invited investors from the Scandinavian countries to engage the government through the PPP framework.

“Kenya is open for business investment, especially through public private partnerships and we are inviting everybody," Mudavadi, who officiated the business summit, said.

"We see PPPs as the opening window of opportunity to develop the country."

He urged the business community from Sweden and Norway to embrace their Kenyan counterparts in the development journey, as Kenya is more than ever open for investment. 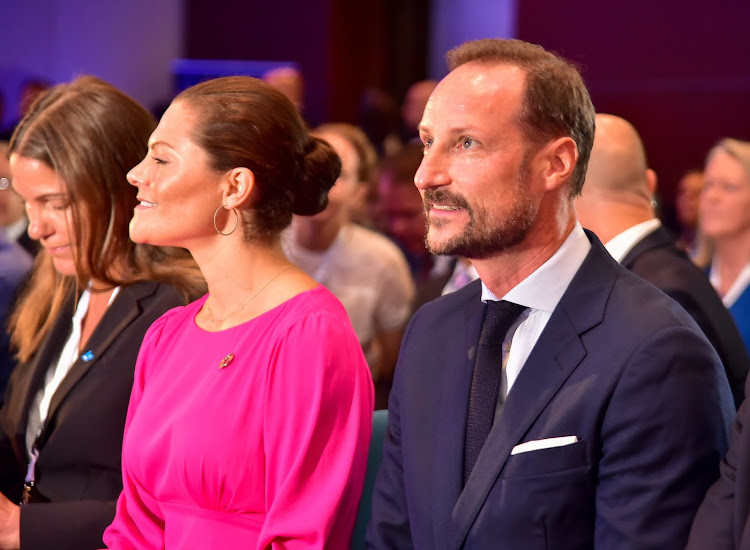 Princess of Sweden Victoria Ingrid Alice De’siree’ and the Prince of Norway, Haakon Magnus during the opening of the Kenya-Sweden-Norway business summit in Nairobi on November 24, 2022
Image: MUSALIA MUDAVADI/ TWITTER

The summit was also addressed by Princess of Sweden Victoria Ingrid Alice De’siree’ and the Prince of Norway, Haakon Magnus.

According to Central Bank, Kenya’s debt increased to Sh8.70 trillion in September from Sh8.6 trillion in August.

Speaking during his address to Parliament in October, President Ruto said, “We will adopt a public-private partnership framework by entering into water purchase agreements with investors.”

In her address, Princess Victoria spoke highly of Kenya’s innovation ecosystem, saying she had witnessed it firsthand during her meetings with Kenyan innovators.

“There's clearly a lot that we can learn from each other,” she said.

She added that Kenya’s Vision 2030 development blueprint is a testament that an accelerated SDG implementation is a priority among the three countries.

“To solve the challenges that we all face, interactive solutions will be critical innovation and research is essential. Sweden is ready to team up to make it happen together,” she said.

Prince Haakon said Kenya, being a hub in the East African region, is an important trading partner.

“For Norway, Kenya is an attractive market for the private sector. Our countries already enjoy substantial economic corporates,"Prince Haakon said.

"There are more than 40 companies, active in Kenyan economy and our sovereign wealth fund has invested nearly $500 million in Kenya since 2017."

He hoped that the business summit would help increase the cooperation , and create conducive environment for more companies, attracting further, foreign investment and business activity.

Mudavadi also urged Sweden to relook at the issues of sending money from the Scandinavian country.

“I would like to request the Swedish government to reflect a little on the money transfer aspects because there's a little bit of a hitch on the frequencies. Okay? I think you can look at the hitches and it would be very helpful,” Mudavadi said.

He said Kenya looks forward to broadening its collaboration with Sweden through its new development and cooperation for the period of 2021, to 2025.

This, he said, will be line with the understanding of bilateral, trade and commercial relations between the government of Kenya and the government in Sweden.

On democracy, Mudavadi thanked the Nordic countries for playing a role  to open the democratic space in Kenya and the return of multiparty politics.

They will visit Meru and Kwale counties to see different projects undertaken by UNDP in Kenya
News
2 weeks ago
Post a comment
WATCH: The latest videos from the Star
by ELIUD KIBII Subeditor and writer
News
24 November 2022 - 18:11
Read The E-Paper