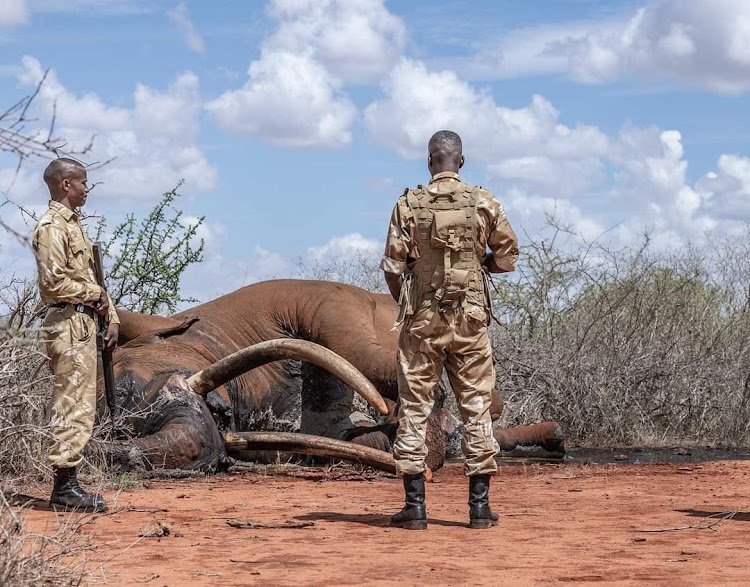 Kenya Wildlife Service has announced the death of Lugard one of Tsavo’s iconic and majestic Super Tuskers.

Through their Twitter account, KWS said the authorities launched an emergency ground response team to verify the situation where they found out that Lugard’s death was caused by natural causes relating to old age.

Both tusks were found intact and subsequently recovered.

KWS described him as father of numerous elephants and is likely that his offspring will become Super Tuskers because of his rare "large tusk" genes.

"It is always sad to lose an elephant, let alone a Super Tusker. You will be greatly missed, Lugard," KWS said.

This is the second time, in a month that KWS is announcing the death of an Elephant.

On November 1, the Wildlife Services announced the death of Dida, Africa's largest female Tusker, aged between 60 to 65 years.

Dida served as both the subject of various documentaries and an iconic tourist attraction.

KWS described her as a Matriarch, who resided in Tsavo East and a great repository of many decades worth of knowledge.

“She shepherded her herd through many seasons and challenging times. She served as both the subject of various documentaries and an iconic tourist attraction,” KWS said.

Dida served as both the subject of various documentaries and an iconic tourist attraction.
News
4 weeks ago
Post a comment
WATCH: The latest videos from the Star
by MANNY ANYANGO Digital Journalist and Social Media Executive
News
24 November 2022 - 15:23
Read The E-Paper