• The petition seeks to stop the import of GMO maize for fear that it will bring down maize prices, hurting farmers.

• This comes after an announcement by Trade Cabinet Secretary Moses Kuria allowing importation of duty-free grains over the next six months. 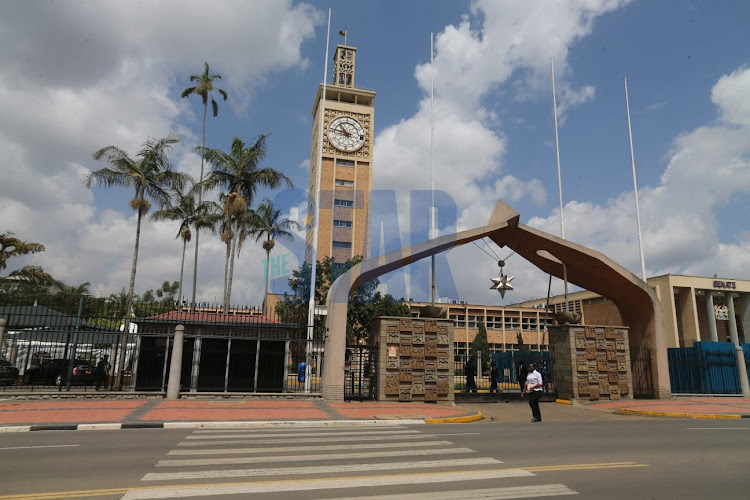 Parliament is set to hear a petition on Tuesday seeking to stop the move to import 10 million bags of GMO maize.

The petition aims to cushion farmers' incomes that could be eroded by the new maize breed in the market.

This comes after an announcement by Trade Cabinet secretary Moses Kuria allowing importation of duty-free maize over the next six months.

Business will not be as usual in Parliament as Pokot South MP David Pkosing sought the Speaker, Moses Wetang'ula, to suspend normal business and debate the announcement that has sparked debate in the country.

The import is meant to bridge the gap caused by reduced harvest amid the prolonged drought that has ravaged many counties.

This insufficiency has further pushed the cost of maize flour from Sh130 at the beginning of the year to an average of Sh190 in October for a two-kilogramme packet.

This, coupled with the costly price of fuel have led to a rise in Kenya's monthly inflation to a 65-month high of 9.6 per cent in October.

The petition seeks to stop the import of GMO maize for fear that it will bring down maize prices. This will in turn hurt maize farmers especially from the Rift Valley region, who are about to harvest their grain.

GMO being a matter of National importance, Pkosing was allowed by the Standing orders of Parliament to petition the Speaker to interfere with normal business and discuss the matter.

The MP claims that the Kenya Kwanza administration is under pressure from multinationals to allow GMO maize in the country.

“I have petitioned Parliament to suspend business tomorrow (Tuesday) so that we stop any form of maize imports whether GMO or non-GMO, until all maize that our farmers are harvesting is mopped up by the government,” Pkosing said.

The legislator warned that government will face the consequences from farmers in the breadbasket regions if the duty-free maize is imported.

“I have been sent by farmers from these areas to tell Kuria to stop importation of maize until the government mops up all their harvests. They want the government to announce a price of Sh4,500 per 90kg bag,” Pkosing said.

The GMO import could cause prices per bag to fall to below Sh1,000.

Additionally, the MP demanded that the government opens all National Cereals and Produce Board depots in the country and purchase maize from farmers for strategic grain reserves.

Food prices that have dropped during Ruto regime

The MP said the planned importation will be detrimental to the maize farmers.
News
2 months ago
Post a comment
WATCH: The latest videos from the Star
by LINDWE DANFLOW
News
22 November 2022 - 09:14
Read The E-Paper