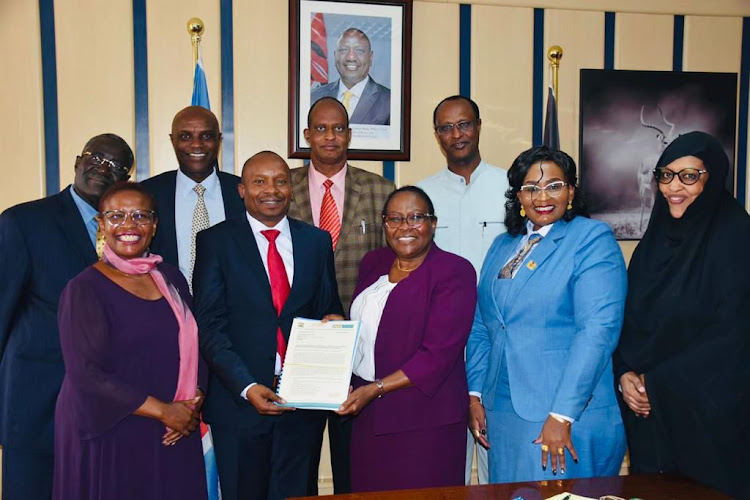 The police oversight authority has submitted a strategy to end extrajudicial killings and enforced disappearances to Interior CS Kithure Kindiki.

They also discussed oversight strategies for the NPS and police welfare.

"IPOA is best placed to come up with the plan and hand it to the Ministry of Interior and National Administration," Ruto said.

During the meeting, the President said his administration is committed to ending extrajudicial killings in the country.

The meeting came in the wake of a tussle between Ipoa and the Police Internal Affairs Unit.

The units were conflicted over who should have been in charge of investigating the DCI officers from the disbanded Special Service Unit.

"You are uniquely qualified to help us define a mechanism to stop this practice," Ruto said.
News
3 months ago

Ipoa says IAU is a police unit that cannot investigate itself.
News
3 months ago
Post a comment
WATCH: The latest videos from the Star
by MANNY ANYANGO Digital Journalist and Social Media Executive
News
09 November 2022 - 13:25
Read The E-Paper