Gachagua said politicians have the potential to perform better than technocrats.

•Politicians are better than technocrats because they interact with ordinary people.

•Of the 22 Cabinet seats, President Ruto appointed more than 10 politicians. 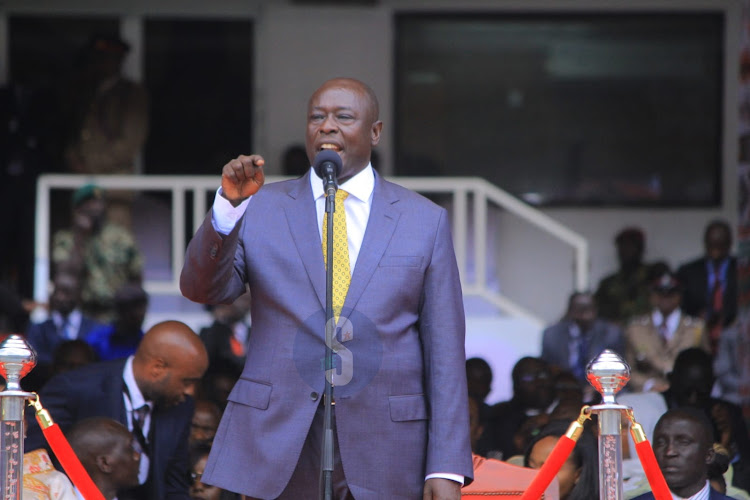 While unveiling his Cabinet, President Ruto brought back politicians into the Executive, a departure from the Mwai Kibaki and Uhuru Kenyatta governments that were entirely manned by technocrats.

The DP said politicians are more competent to handle the jobs because of their proximity to the electorate.

“The technocrats appointed in the past failed to deliver as expected because they never took enough time to interact with the ordinary people to understand their real needs,” Gachagua said.

“Politicians are most suited to address issues because they always keep in touch with the electorate,” he added.

Dr Ruto who had the backing of several parties that supported his “Hustler Nation” and “bottoms-up” narrative, rewarded his Kenya Kwanza base across the country by naming party loyalists.

Of the 22 Cabinet seats, he appointed more than 10 politicians.

“I have nominated a new team to serve in the Cabinet and subject to the approval of the National Assembly, shall in due course appoint them to take charge of various ministries and implement the agenda of national transformation,” President Ruto said.

The key dockets of Foreign Affairs, Energy, Trade, Defence, Interior, Water, Roads and Transport, and Agriculture were all given to politicians.

Headlining the list of loyalists who landed jobs in the Ruto administration is Garissa Town Member of Parliament Aden Duale who was named Defence Cabinet Secretary.

The president has also named Justin Muturi as the Attorney General.