Leo nimeamini hii kitu ilienda Kweli. Ni kama ndoto (It has finally dawned on me that we lost the election. It remains a nightmare, though).

•In a past interview, Babu said he was demotivated, and felt like a wounded ODM soldier who has been overlooked, betrayed and shortchanged. 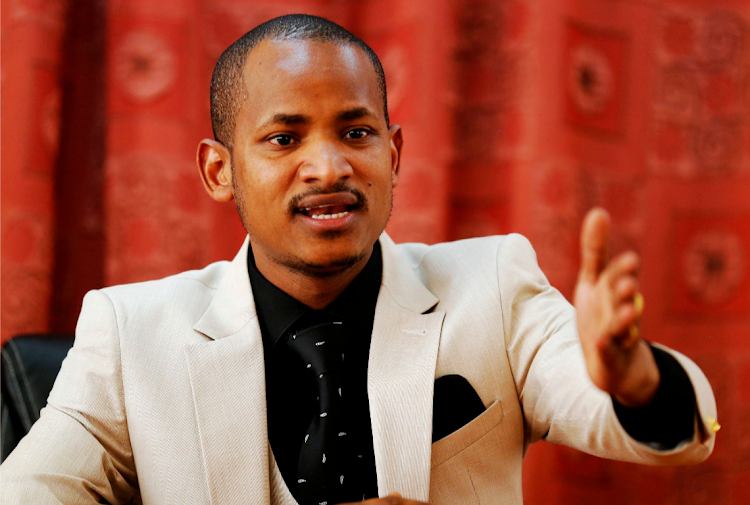 Embakasi East Member of Parliament Babu Owino Sunday said he has finally come to terms with the reality that William Ruto is the president of Kenya.

The second-term legislator now says there is an urgent need to elect the Public Accounts Committee (PAC) to put the government in check.

“Leo nimeamini hii kitu ilienda kweli. Ni kama ndoto. (It has finally dawned on me that we lost the election. This is a nightmare),” Babu wrote on his social media page.

“We must get PAC chairman as opposition to oversight the government,” he said.

In a past interview, Babu said he was demotivated, and felt like a wounded ODM soldier who has been overlooked, betrayed and shortchanged.

His outburst came amid reports he had allegedly been overlooked for the position of chairperson of the Public Accounts Committee (PAC) of the National Assembly.

The lucrative committee — traditionally reserved for the opposition — is entrusted with scrutinising the financial expenditure of the government and taxpayers’ money.

It also ensures transparency and accountability within the government and makes recommendations to ensure taxpayers receive the best value for money on government spending.

PAC serves for three calendar years and the one that succeeds it serves for the remainder of the parliamentary term.

His renewed interest in the seat has evoked fresh memories of his tantrums last month where he tore into ODM leadership for giving him a raw deal.

Babu Owino said the Orange party had originally settled on him for the position of PAC chairperson before rescinding the decision and proposing nominating MP John Mbadi for the seat.

“@TheODMparty, with due respect, why should John Mbadi come down from the position of Majority Leader [in the National Assembly] to PAC chairperson, which was reserved for me? This will not happen! Over my dead body. Young people must get their space. It’s now or never. He (Mbadi) has been rewarded through nomination [to Parliament],” said the youthful MP.

Babu told the media he received a call from a senior official of the ODM Party on Thursday, September 22 informing him that the party had rescinded its decision to propose him for the seat, and instead fronted Mbadi’s candidature.

The MP claims he sacrificed more for ODM Party and its leader Raila Odinga in the run-up to August 9, 2022, General Election than Mbadi did.

“Raila Odinga has enabled you to serve two terms as Member of Parliament just for shouting "tialala, tibim,” said Kaluma.

Raila is between the devil and the deep blue sea

ODM leader lost election and faces rebellion within his party and backyard.
Siasa
1 month ago