Rachel goes down memory lane in emotional letter to Ruto

The couple will be celebrating their 30th anniversary in December.

•Speaking highly of her husband, Rachel said Ruto had an ambition which knew no boundaries.

•Rachel said she will release her husband to serve Kenyans and deliver his promise to the citizens. 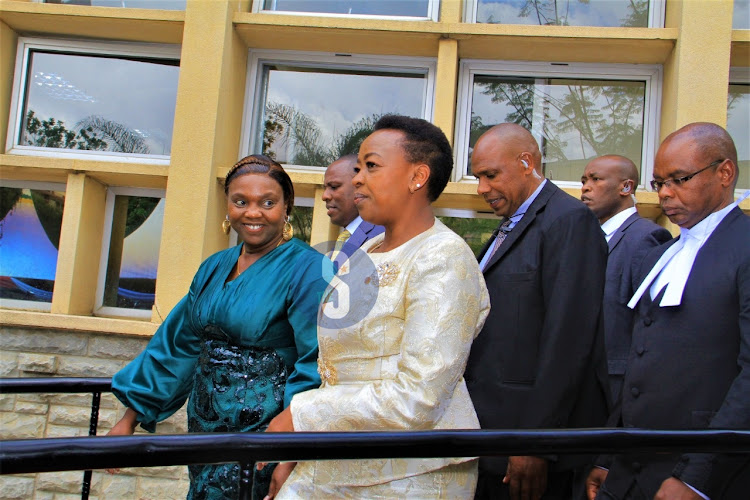 As President William Ruto was addressing the 13th Parliament, his wife, First Lady Rachel Ruto, was reminiscing about their rocky past.

She shared some ‘sweet’ memorable moments she had shared with her husband in their early life together.

The first lady on Thursday revealed that together with her husband, they had nicknames for each other; Bill and Chichi.

Rachel reminisced how their wedding year coincided with the restoration of multiparty democracy and how their lives were transformed from their little house in Dagoretti to State House.

“Bill, a young and ambitious family man, sent himself out to fend for us. Six years later, in 1997, with a young family to raise, at 31, Bill would become the MP for Eldoret North and that move changed our family life forever," she said.

The couple in  December will be celebrating their 30th anniversary.

Rachel, whose other name is Chebet, noted that she never thought she would one day become the first lady.

"If you told me I would someday become the  First Lady, I would have laughed it off as a bad joke,” she noted. 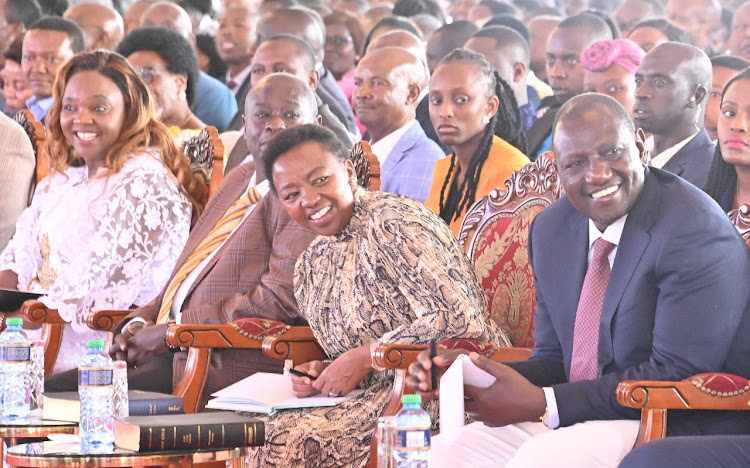 President William Ruto and his wife , Mama Rachel Ruto during a Thanksgiving service at State Hosue on Septmber 25, 2022
Image: PSCU

Speaking highly of her husband, Rachel said Ruto had an ambition which knew no boundaries.

She noted that if one would have told Ruto that he would one day become  the President, Rachel was certain he would have smiled and replied with an ‘Amen.’

“Gradually, he rose through the political ranks, assuming new leadership roles. Bill no longer belonged to us. He was the property of the electorates. The public, the people he led, and I became a mother to many. Our doors were opened, every day, to the needs of the people,” Rachel said.

With the beginning of a new journey for the first family, Rachel said she will release her husband to serve Kenyans and deliver his promise to the citizens.

“With his new responsibility as the President, I don't intend to learn selfishness now. I still want to be the Chebet he married three decades ago. His supportive wife Chichi, caring mother of his children and the accommodative First Lady of the People of Kenya,” she noted.

To her husband, Rachel wished him well and told him to make Kenya great and exceptional as he begins his journey as the Head of state.

“That House on the Hill will not be an unreachable tower but a place of motherly comfort for Kenyans from all walks of life. You are a great man with an exceptional story, go and make this country great and exceptional. I love you. Kenya loves you,” she added.

The inspection took place before the opening of the 13th Parliament.
InPictures
2 months ago
Post a comment
WATCH: The latest videos from the Star
by MAUREEN KINYANJUI News Reporter
News
30 September 2022 - 08:37
Read The E-Paper