He assured tea farmers that KTDA will take legal action.

•He said farmers have started benefiting from the reforms.

"We have done policy and other administrative reforms. I will not allow them to come back to the tea sector," he said. 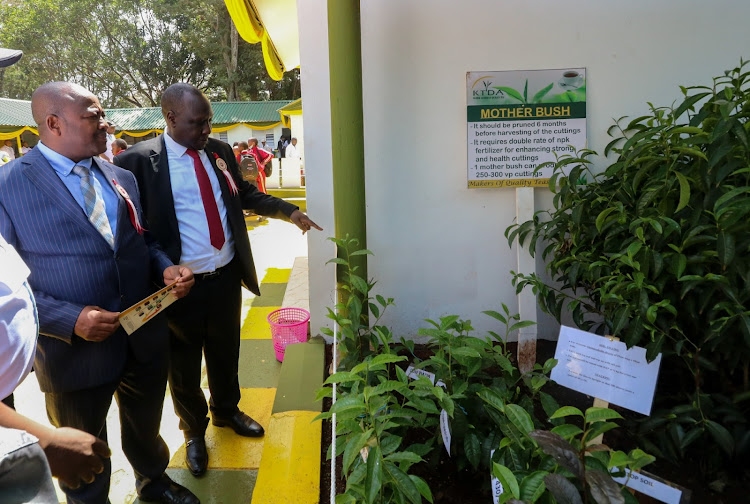 The former Kenya Tea Development Agency [KTDA] board has been told to move on and not interfere with tea reforms.

On September 26, the former board led by the chairman invaded the KTDA office and respective smallholder tea factories disrupting operations.

Ichoho said the board was removed from the office and they are now trying to use force to come back.

He said they want to reverse the gains that have been made.

"We were able to stop that in good time and I want to tell them that they have no space. We have moved on and we want to continue serving the farmers," he said.

"We have already undertaken the reforms and we want to ensure that the reforms will come to a completion," Ichoho said.

He said farmers have started benefiting from the reforms.

"We have done policy and other administrative reforms. I will not allow them to come back to the tea sector. We move forward. That was trespassing and we will take legal action and whoever is responsible will be held accountable," he said.

He assured tea farmers that KTDA will take legal action. He added that the current KTDA board is moving on with the reform agenda and will ensure they work closely with the farmers.

Wilson Muthaura, KTDA Holdings CEO, said they are determined to ensure the gains made over the last year are not lost.

"We want to assure farmers that we are aggressively looking for more market, and that tea farming is going to be a very profitable venture," he said.

Muthaura told farmers to ignore the former board of directors who want to reverse the gains made by the current board.

Post a comment
WATCH: The latest videos from the Star
by AGATHA NGOTHO Science Writer
News
28 September 2022 - 15:59
Read The E-Paper