• Omanyala with 9.85 recorded at the Kip Keino Classic in 2021, had been fancied to carry the day heading into the race.

• Omanyala now has his sights firmly trained on the Memorial Borisa Hanžekovića slated for September 9 to 11 at Sports Park Mladost, Zagreb, Croatia. 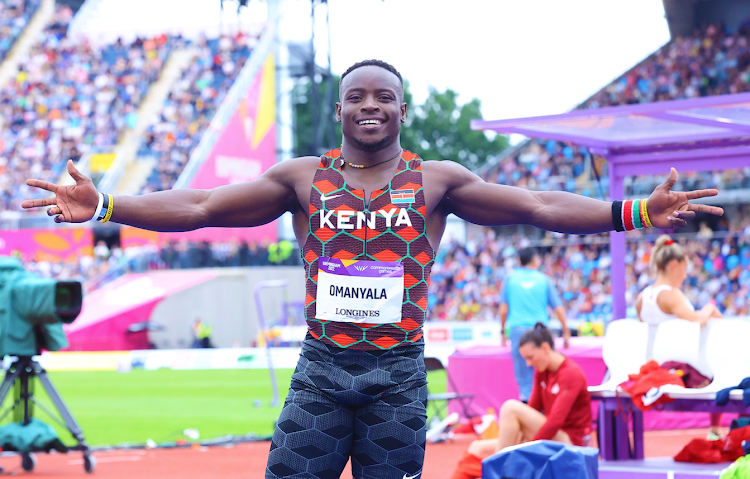 Omanyala with 9.85 recorded at the Kip Keino Classic in 2021, had been fancied to carry the day heading into the race.

However, the Kenyan was no match for his American opponent, rather settling for second place after clocking 10.11 ahead of Jeremiah Azu of Great Britain who came in third in 10.16.

The defeat was the second in a series of heartbreaks for Omanyala, who lost to World 100m silver medallist Marvin Bracy at the Spitzen Leichtathletik four days ago.

Competing for the first time since his momentous Commonwealth victory, Omanyala wheeled to the finish line in 10.18 seconds, just 0.01 seconds behind Bracy.

The pair clocked 10.17 and 10.18 respectively in the bristling conditions.ISTAF Berlin is part of the World Athletics Continental Tour silver-level meetings.

Omanyala now has his sights firmly trained on the Memorial Borisa Hanžekovića slated for September 9 to 11 at Sports Park Mladost, Zagreb, Croatia.

Lyles will be eyeing another victory in the 200m during the Diamond League final in Zurich on September 7.

He lit up the Hayward Field Track in Eugene at this year's World Athletics Championships in Oregon, where he crossed the finish line in 19.31 — the third fastest time in history — to bag the 200m gold.

Speaking on Monday, Omanyala dismissed suggestions he is under the pump to pull off major surprises in Lucerne and Berlin after breaking the glass ...
Sports
5 months ago

Kenya secured a sixth-spot finish after scooping six gold, five silver and 10 bronze, with Yego claiming the country’s last medal (a bronze) in the ...
Sports
5 months ago
WATCH: The latest news in African Sport
Post a comment
WATCH: The latest videos from the Star
by TONY MBALLA
News
04 September 2022 - 21:04
Read The E-Paper