Areas with increased probability for highly depressed rainfall include North Eastern and the Coastal region.

• The October–November–December period constitutes an important rainfall season in Kenya particularly in the Central and Southeastern regions of the country.

• The forecast will help inform decision making for the most critical socioeconomic sectors of agriculture, livestock, health, water, energy and disaster management. 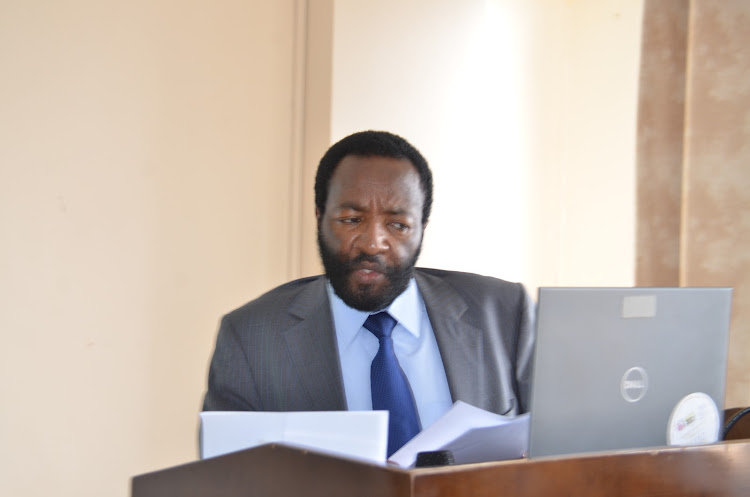 A larger part of Kenya is expected to receive depressed rainfall between October and end of December, Meteorological Services director David Gikungu has said.

"During the season, it is likely that most areas will have a generally poor distribution of rainfall in both time and space. The forecast also indicates that the start of the rainy season is likely to be delayed across much of the eastern parts of the country.”

Others are counties in North Western Kenya (Turkana and Samburu), parts of the Highlands East of the Rift Valley (Nyandarua, Nyeri, Kirinyaga, Murang’a, Kiambu, parts of Embu, and Nairobi), parts of the southeastern Kenya (parts of Machakos and Kajiado).

Gikungu said areas with increased probability of highly depressed rainfall include North Eastern counties, the Coastal region, parts of southeastern Kenya  and some counties in the Highlands East of the Rift Valley.

"A small section of the Western sector of the country - Bungoma, Kakamega, Busia, Trans Nzoia, and West Pokot - are likely to receive near average to below average rainfall," Gikungu said while issuing the forecast at a Machakos hotel on Friday.

The October–November–December period constitutes an important rainfall season in Kenya particularly in the Central and Southeastern regions of the country.

He, however, said that despite the expected depressed rains, isolated incidences of storms that could cause flash floods are likely to occur.

More learners drop out as drought heightens in Meru

Schools have also reported a decrease in enrollment in the current term.
Counties
2 months ago