2010 Constitution allows one to challenge the process or any aspect of the election of a President.

• Aukot took to Twitter on Tuesday to dismiss the petition that was filed by Raila Odinga- Azimio led terming it as waste of time.

• Azimio presidential candidate and the legal team filed both physical and electronic copy on Monday. 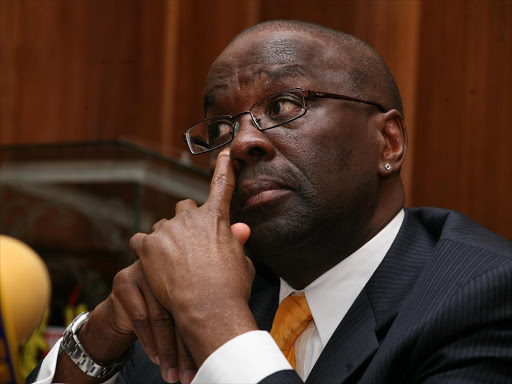 Aukot took to Twitter on Tuesday to dismiss the petition that was filed by Azimio's Raila Odinga, terming it as a waste of time.

"Wasting time of Kenyans on a frivolous lawsuit or petition should be criminalized," he tweeted.

In response, Mutunga questioned Aukot if he did not take part in making the 2010 constitution.

"Says the former secretary of the committee of experts that gave us the 2010 constitution. What a pity. Greatly misguided."

"A petition needs a remedy. How can that be criminalized? Smacks of fascism," Mutunga wrote.

Mutunga further demanded an explanation from Aukot on the basis of him wanting the petitioners to be charged with a criminal offense.

"You have not addressed the criminalization! And I don’t know which provision of the Constitution decrees that Kenyans cannot file petitions however frivolous. It’s the Supreme Court that will decide if they are," Mutunga added.

Raila flatly rejected the declaration and promised a battle with Chebukati whom he accused of bungling the elections.
News
5 months ago

Do you think Raila petition will succeed?

Do you think Raila petition will succeed?
Poll of the day
5 months ago

Outgoing Gatundu South MP Moses Kuria has filed a petition against Raila.
News
5 months ago
Post a comment
WATCH: The latest videos from the Star
by BERTHA OCHOMO
News
23 August 2022 - 11:57
Read The E-Paper