Police headquarters said a comprehensive statement would be issued later.

•Murithi has been battling cancer complications and three months ago he was flown to South Africa for therapy.

•Police visited the facility and moved the body to the local mortuary. 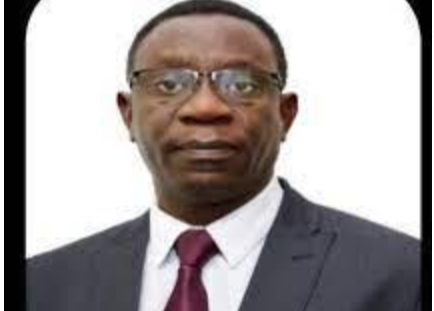 Murithi died Friday morning at the Kenyatta National Hospital where he had been admitted over cancer-related complications.

He was up to the time of his demise the director of Kenya National Focal Point on Illicit Small Arms and Light Weapons, which is under the Office of the President but being run by the police.

He also served as the director of the Internal Affairs Unit (AIU), commandant of traffic operations, Provincial Police Officer in North Eastern, among other directorates of the police.

Police headquarters confirmed the demise and said a comprehensive statement would be issued later.

Murithi has been battling cancer complications and three months ago he was flown to South Africa for therapy.

He was flown back to Kenya and was admitted to the Kenyatta National Hospital (KNH).

He passed on at about 3 am on Friday, August 19, a member of his family said.

Police visited the facility and moved the body to the local mortuary.

Police officers mourned him as a dedicated, professional and best officer who will be missed by many.

A condolence book was opened at police headquarters for those wishing to pay their respects to Murithi.

During his term as the director of personnel, many say he streamlined the area and ensured professionalism reigned in the service.

“He meant well for the service in ensuring the best officers served where they deserve. We mourn him,” said one officer who was close to him.

When he moved to the traffic section, he managed to contain much of the menace usually associated with public transport.

He was in 2015 tasked to investigate TV evangelist James Ng’ang’a over the death of a woman in a road accident in Limuru.

This followed protests the earlier team did not handle the probe professionally amid allegations of a cover-up that involved the falsifying of documents and tampering with evidence.

At AIU, officials say he managed to professionalise operations and put in place structures that are helping the unit do its work.