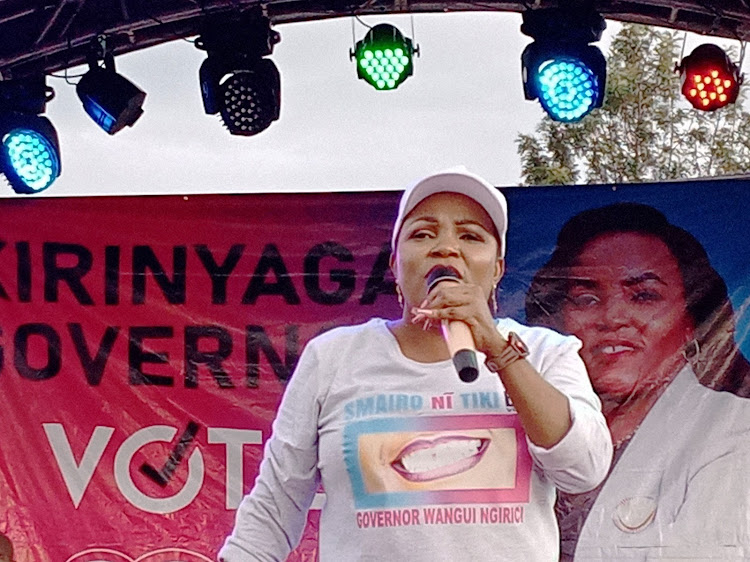 Ngirici was running for the Kirinyaga gubernatorial seat as an Independent Candidate.

She lost to her opponent Anne Waiguru who will run the office for the second term and last term.