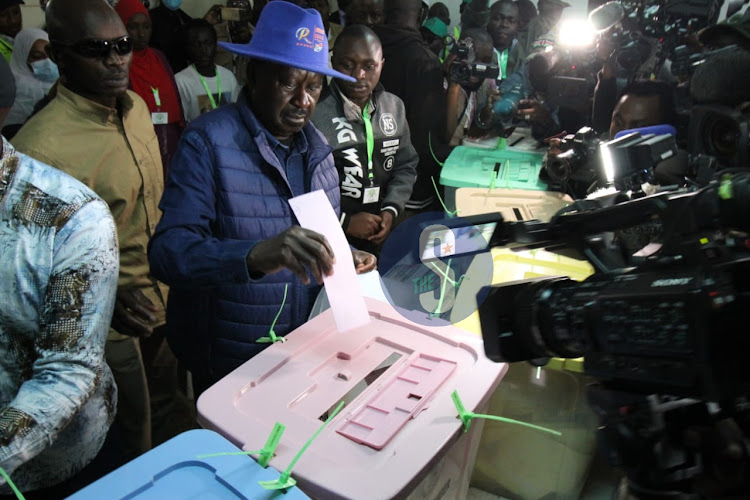 His closest rival William Ruto of UDA got 8,405 votes in he results announced by IEBC chairperson Wafula Chebukati shortly after midnight Thursday.

The constituency had 60, 796 registered voters.

Chebukati said valid votes cast were 38, 671 while 330 ballots were rejected.

This means the commission now has 285 Forms 34Bs to verify from the constituency and the diaspora vote.