The CEO garnered 32,406 votes followed closely by his opponent John Njoroge who got 30,444 votes. 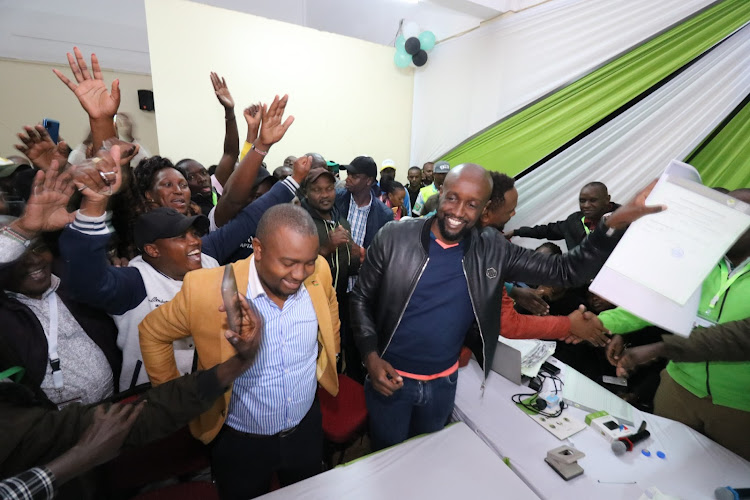 SportPesa CEO Ronald Karauri has been declared in the Kasarani Constituency election.

The CEO garnered 32,406 votes followed closely by his opponent John Njoroge who got 30,444 votes.

IEBC official said that the total number of voters in the constituency was 155,405.

Karauri vied for the MP seat as an independent candidate.

Ronald Karauri takes over from Mercy Gakuya of the Jubilee party.

During the party nomination, he had resolved to join Jubilee but lost it at the primaries and decided to vie as an independent candidate 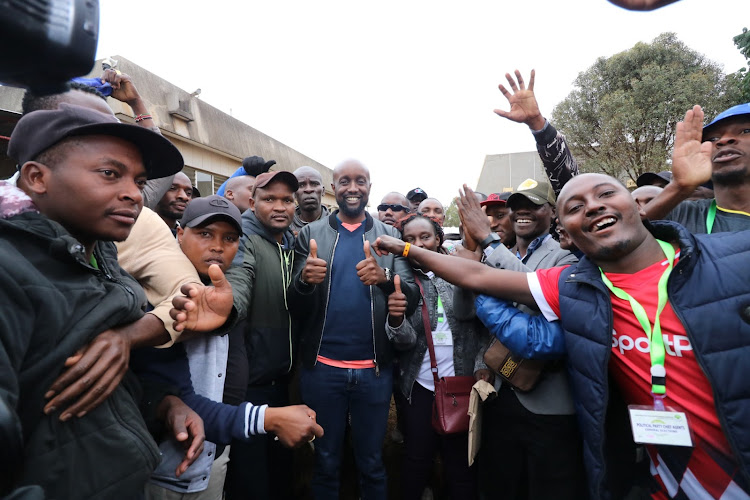 In his acceptance speech, he said that the people of Kasarani have helped him break a record.

"We've broken records, I am the first independent candidate to be elected in Nairobi," he said.

"Thank you to the people of Kasarani, and for the trust mumeniwekea, mimi si msee wa mauongo, zile vitu nimesema ntafanya, ntafanya na mnajua (I'm not a liar, I will adhere to my promises)."

He added that he will be happy to work together with the people of Kasarani to make things work.