He congratulated Paul Otuoma even before official results were out

•"Congratulations H.E Paul Nyongesa Otuoma. You have just begun a fantastic chapter in your life. The transfer of Power will be seamless, in order to get you started," he stated 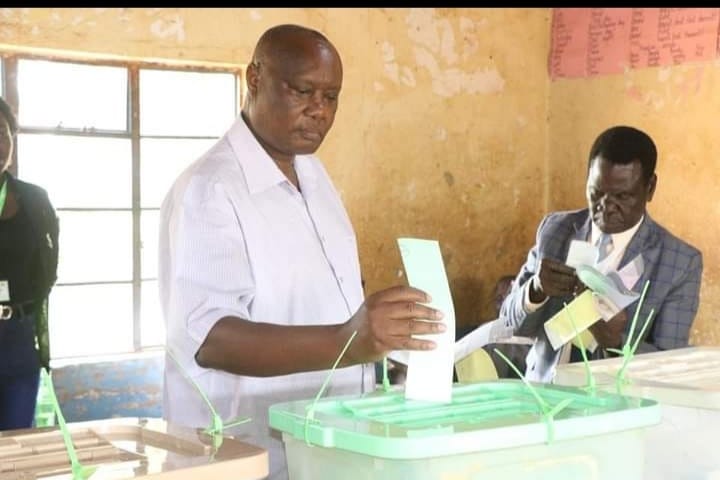 A picture of Ojaamong casting his vote
Image: FACEBOOK

The legislator took to social media to concede defeat in the Teso South MP race before the official results were out.

He also thanked the residents of Busia County for according to him unwavering support during his reign and campaign period.

"To my family, friends, team, and campaigners, thank you for the unwavering support during my reign and campaign period. I am inspired and humbled by your support," Ojaamong said.

"Your time, energy, resources and prayers will not go unnoticed. It was a great honour to meet and interact with many of you. You all did your best. The work goes on, the cause endures, the hope still lives, and the dream shall never die," he added.

Going further, Ojaamong congratulated Paul Otuoma  Nyongesa, who was leading at the time.

"Congratulations Paul Nyongesa Otuoma. You have just begun a fantastic chapter in your life. The transfer of power will be seamless, in order to get you started," he stated

IEBC officials are still counting the votes and are yet to declare the winner in the tight race.

Big names that have fallen so far