The ball is in your court, vote wisely - DP tells voters

The DP also expressed confidence that Kenyans will make the right choices.

•This will be his first attempt to contest the presidential race after serving as Uhuru Kenyatta's deputy for the last 10 years.

•The DP also expressed confidence that Kenyans will make the right choices. 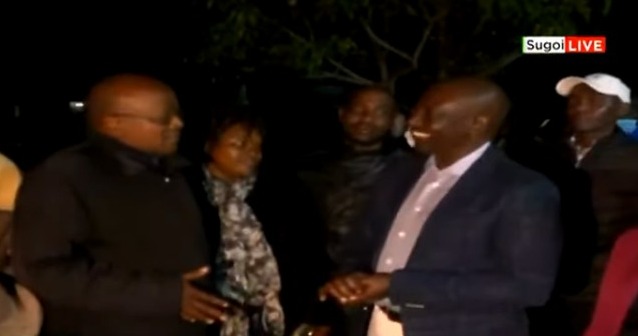 Deputy President William Ruto called on the country to hold peaceful elections and choose the leaders they want in the next government.

"To Kenyans, do this exercise and go vote peacefully, intentionally and deliberately so that we choose men and women who can take  Kenya to the next level," he added.

The DP also expressed confidence that Kenyans will make the right choices.

"It is such moments that the mighty and powerful come to realisations that it's Kenyans that make the choice. Every Kenyan will choose their leaders," he added.

This will be his first attempt to contest for the presidency after serving as President Uhuru Kenyatta's deputy for the last 10 years.

If he is elected president in the tightly fought contest with former opposition leader Raila Odinga, it would be another first for the 55-year-old politician.

Ruto would be the country's first-ever second-in-command to succeed an outgoing president through competitive elections.

Throughout his political journey, Ruto has never lost an election, except the 2010 referendum in which he led the 'No' side.

The Kenya Kwanza presidential candidate  was along side his wife, Mama Rachel Ruto .
News
5 months ago