Uhuru speaks to Mt Kenya ahead of Tuesday polls

The interview from State House is being broadcast live on vernacular TV and Radio stations.

• Tuesday's elections, his legacy and retirement plans are expected to feature prominently in the interview.

• Also expected to feature prominently in the interview is Uhuru's fallout with his principal assistant Deputy President William Ruto. 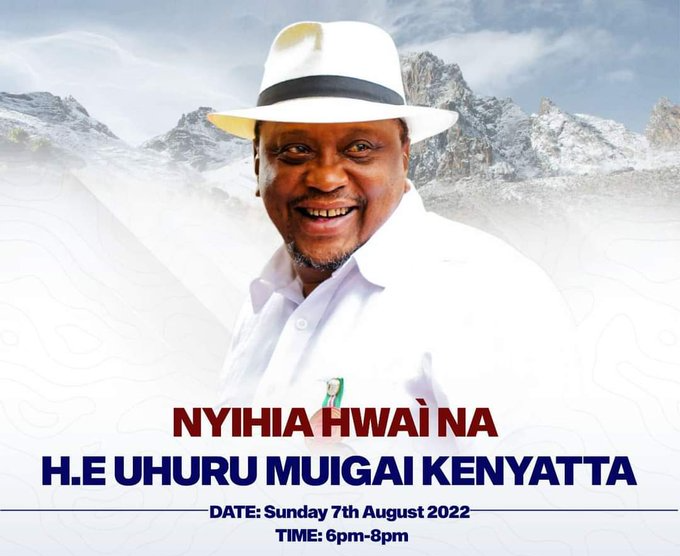 President Uhuru Kenyatta is at this hour addressing the larger Mt Kenya region in a live interview from State House, Nairobi.

The interview is being broadcast live across several Kikuyu TV and Radio stations.

The two-hour interview was scheduled to start at 6 pm and end at 8 pm.

Tuesday's elections, his legacy and retirement plans are expected to feature prominently in the interview.

The president has in recent days bombarded Ruto in public outbursts saying he has been propagating propaganda and lies in his bid to woo voters.

Uhuru, who endorsed Azimio la Umoja One Kenya presidential candidate Raila Odinga as his preferred successor has been calling on the electorate in Mt Kenya to vote for the ODM leader.

The interview is among Uhuru's last as a sitting President as he plans to hand over the instruments of power to whoever will win the August 9 election.

The election is a day and several hours away with campaigns having officially closed at 6 pm on Saturday.

"There are so many storms and it requires a steady hand not a hand that looks at everything selfishly."
News
5 months ago

Uhuru rallies Akorino to back Raila in State House race