• The team drawn from six IGAD member states arrived in the country on Tuesday last week for training prior to their deployment.

• The observers include representatives of electoral bodies and other public institutions as well as diplomats from Djibouti, Ethiopia, Somalia, Sudan, South Sudan and Uganda. 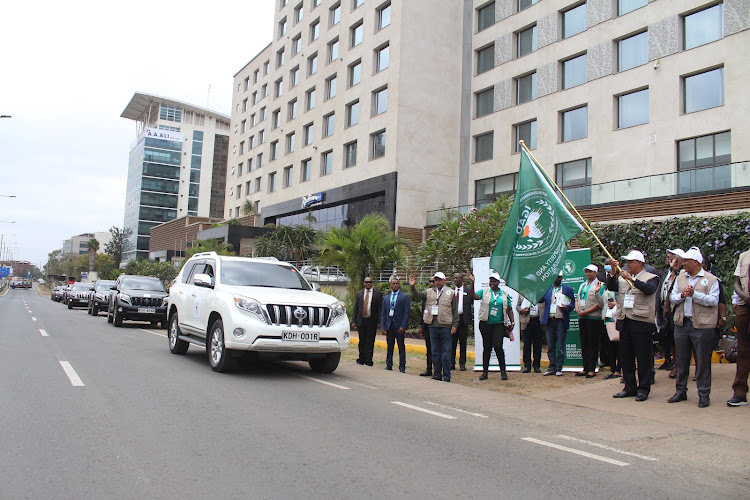 IGAD has deployed 24 election observers in 10 counties ahead of Tuesday's general elections.

Head of the IGAD Elections Observation Mission, former president of Ethiopia Mulatu Teshome, said the observers will monitor the voting process to ensure it is peaceful and credible.

"The team will be focusing on the mission’s mandate of promoting good governance and democracy," Teshome said.

The team drawn from six IGAD member states arrived in the country on Tuesday last week for training prior to their deployment.

"The team has been trained on the relevant legal framework and IGAD election code of conduct before deployment," Teshome affirmed.

The observers include representatives of electoral bodies and other public institutions as well as diplomats from Djibouti, Ethiopia, Somalia, Sudan, South Sudan and Uganda.

Teshome said the size of manpower on the observers side dictates the number of observers sent out.

"The counties picked are areas that have had less complications in conducting elections previously was the criteria used to pick the 10 counties," he said.

Teshome said the observation will be guided by national, regional and international standards for democratic elections.

He said the observer mission has confidence in IEBC's preparedness as they have proven that they are capable of tackling issues that may arise in the cause of the elections.

"We believe that IEBC will deliver a free fair and transparent election," Teshome said.

He added that not all incidents that occur during Tuesday's elections will be included in the report unless it is an incident that has lessons that can be applied in later elections.

He said all stake holders in the election observation share democratic values as far as elections are concerned.

IGAD's areas of focus include peace and security in the region with particular emphasis on conflict, terrorism and violent extremism, the proliferation of illicit arms, illegal migration and human trafficking.

The deployment of the Intergovernmental Authority on Development in Kenya is in line with its mandate in promoting human rights and adherence to rule of law.

"It is also guided by relevant continental instruments such as the 2007 African Charter on Democracy, Elections and Governance, as well as the IGAD Guideline and code of conduct for Election Observers," Teshome said before flagging off vehicle destined to different station on Sunday. 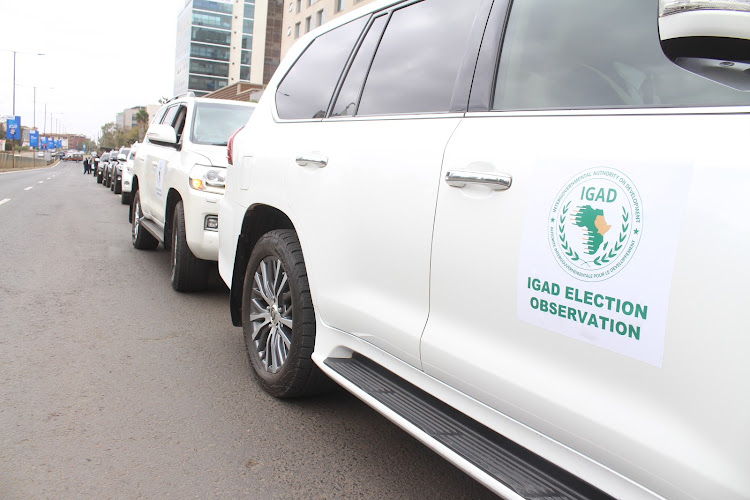 Vehicles to be used by IGAD election observation teams are seen before being flagged off to 10 counties ahead of general elections at Upperhill, Nairobi on August 7, 2022
Image: ANDREW KASUKU

As highlighted in a gazette notice, each of the 17 sub-counties will also have a tallying centre.
InPictures
3 months ago

How Uhuru has split his people ahead of polls