Several leaders across the political divide have been arraigned over hate speech. 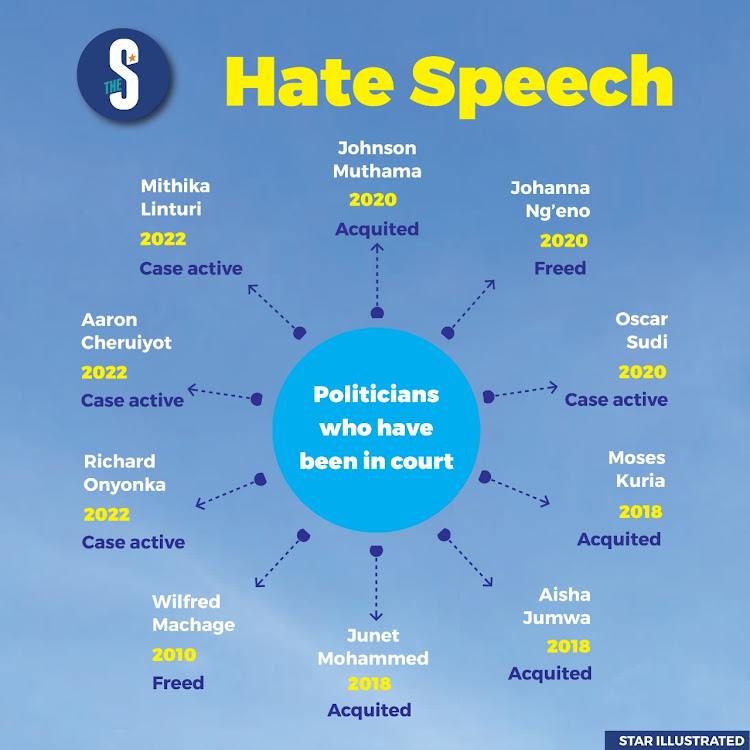 Hate speech has become a topic of discussion in the country with various leaders being on spot for making remarks deemed as inciting and hateful.

The debate is not, however, new since several leaders in the country have before been accused of fueling hatred among their supporters.

But they are not the only ones.

As illustrated above, a good number of leaders across the political divide have been arraigned over hate speech allegations.