The red, amber and green zones for Raila in August poll

He will face Ruto in the polls.

• Raila will be giving his fifth stab at the presidency in 2022 polls. 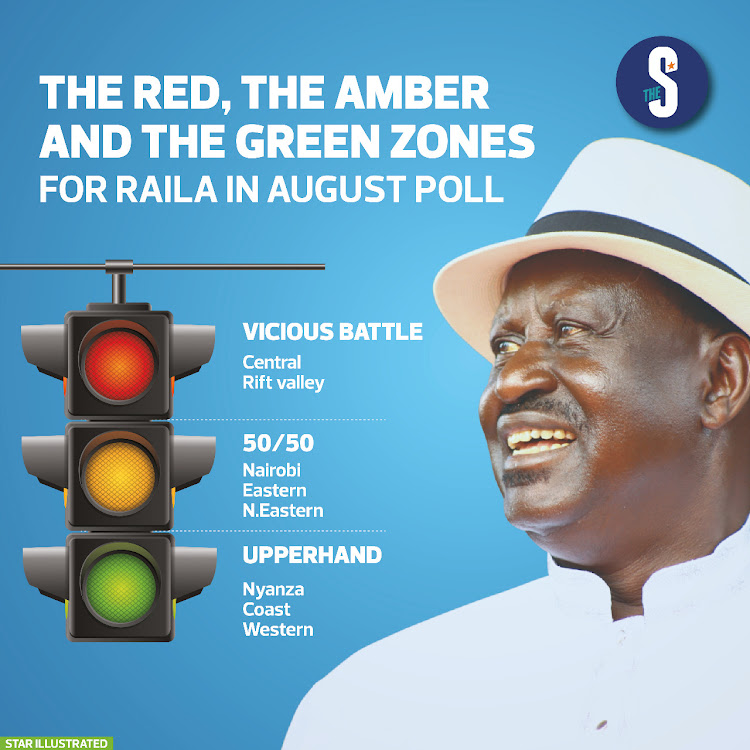 The red, amber and green zones for Raila in August poll.
Image: THE STAR

ODM leader Raila Odinga will be giving his fifth stab at the presidency in the 2022 polls.

He is facing stiff competition from Deputy President William Ruto who is deemed as a front runner in a race that will mark his first attempt at the country's top seat.

With the One Kenya Alliance (OKA) remaining put in its bid to field a presidential candidate, chances of the ODM leader dominating in areas that were his green zones (where he enjoyed massive support) in 2013 and 2017 remain questionable.

DP Ruto, on the other hand, seeks to consolidate the support of Raila's red zones (where he enjoys minimal support) which heavily supported him and President Uhuru Kenyatta in the 2013 and 2017 polls.

The two leaders will also be wrestling each other for the support of amber zones (neutral grounds) as they head to the August polls.