FALSE: Governor Lenku has not been elected CoG chair

Election of CoG chair will be held on Saturday.

•A statement by the council of governors has stated that they are yet to elect the CoG chair. 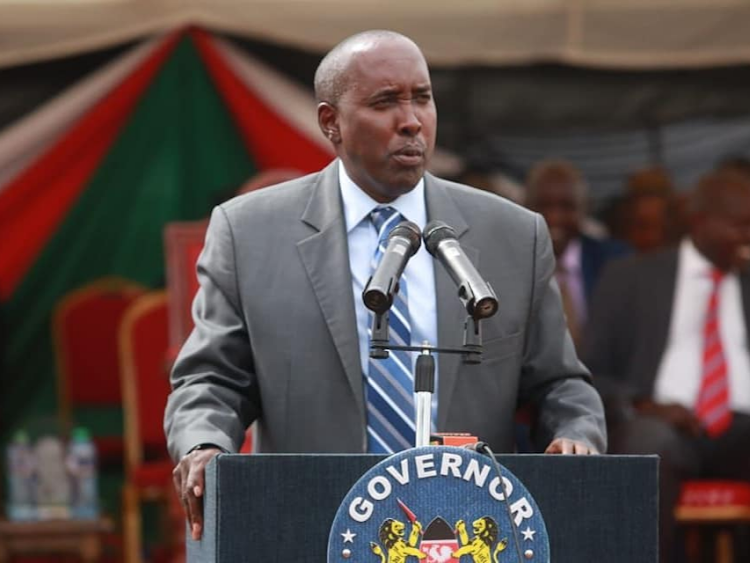 A claim by the ODM party indicating that Kajiado Governor Joseph Ole Lenku has been elected the chair of the Council of governors is FAKE.

The Orange party took to its Twitter on Friday and said: 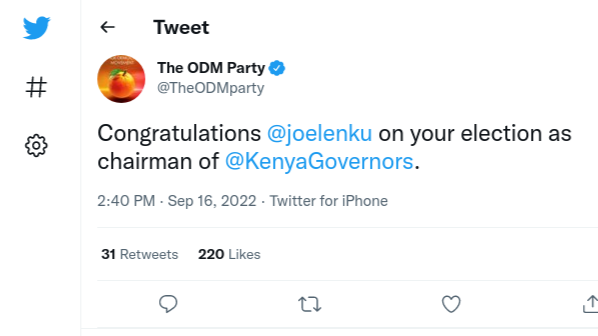 Fact checker has however established that the claim is not factual as claimed by the Orange party.

A statement by the council of governors has stated that they are yet to elect the CoG chair.

The council said they will conduct elections on Saturday.

"In accordance with the Intergovernmental Relations Act 2012, the Council of Governors will conduct its elections tomorrow, 17th September 2022. The new leadership will be unveiled thereafter," the CoG tweeted.

Governors and deputy governors are undergoing induction in Mombasa.

The function was launched by Deputy President Rigathi Gachagua on Thursday.

It is at the function that key leaders of the council will be elected.

The Chair of the council of governors serves for two years. The term is renewable.