OLD: Photo of Kalonzo in a meeting with William Ruto was taken in 2018

Ruto had visited Kalonzo to condole with him following the death of his father.

•A section of Kenyans on Friday took to their social media pages to make the allegations.

•A Facebook page operating under the username 'The Dawn' was among the accounts that made such claims. 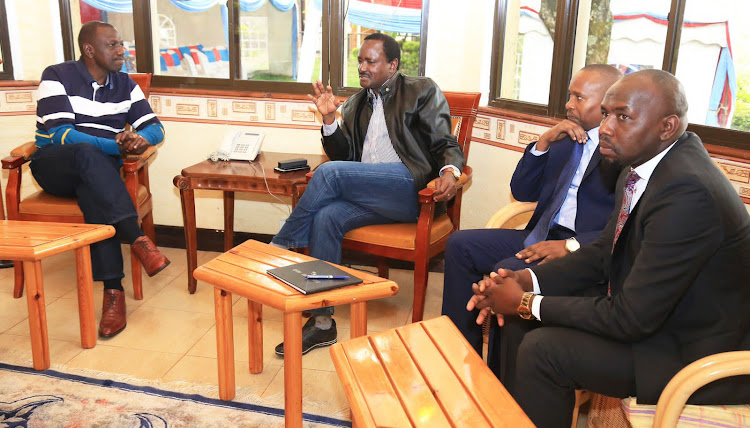 Picture of William Ruto visiting Kalonzo Musyoka at his Karen residence following the death of his father on October 28,n 2022. The picture has been used to claim Ruto has met Kalonzo to seal a deal of working together.

A photo shared by a Facebook page with the username 'The Dawn' claiming that Wiper Party Leader Kalonzo Musyoka met President-Elect William Ruto is OLD.

A similar link was also shared here, insinuating that the Wiper Leader was on his way to William Ruto’s Kenya Kwanza coalition." 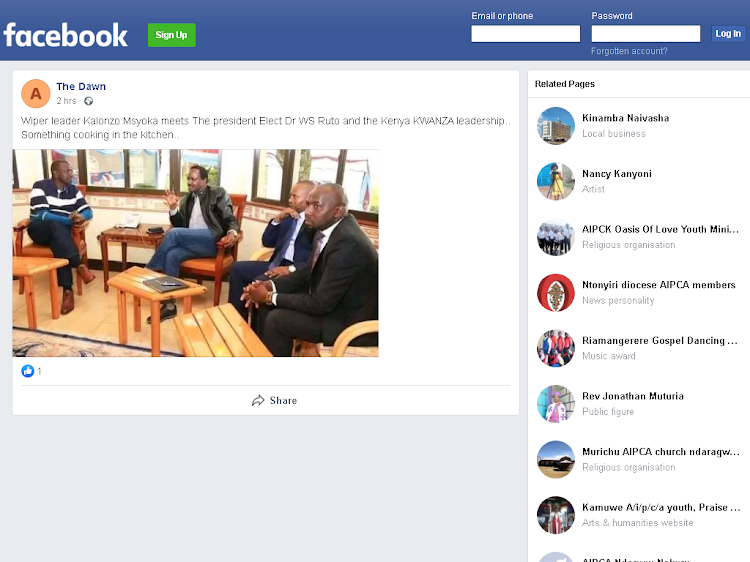 Fact checker has however debunked the claims and established that they are fake.

First, images shared of Kalonzo's meeting with Ruto were taken in October 2018 when Ruto visited Kalonzo at his Karen residence to condole with him over the death of his father.

The Star dug into its archives and established it had reported about the visit then and used the images shared by Kenyans to purport the two met recently to discuss working together.

On Kalonzo joining Kenya Kwanza Alliance, the Wiper leader denied the allegations in an interview with a local daily.

Kalonzo said he has taken a strategic break from politics to rethink his political future.

"I have not had any consultation with Ruto and Kenya Kwanza. Those are frivolous allegations. I am taking a strategic retreat so that I can plan my political future which is still bright," he told the Standard.

President Putin's warning on 'no World Cup without Russia' fake

Russia has only filed an appeal at the Court of Arbitration for Sports (CAS).
News
6 months ago

Experts said the shots do not increase the risk of infection.
News
8 months ago
Post a comment
WATCH: The latest videos from the Star
by BOSCO MARITA Digital Sub-Editor
Fact Checker
09 September 2022 - 21:20
Read The E-Paper