Sakaja was cleared on June 7 after submitting his documents to IEBC.

•The now fake letter showed that the Commission chairman wrote to Ms Ellen Katusabe of Team University questioning the validity of Sakaja's degree.

•The letter in question requested to know when Sakaja joined the school among other details. 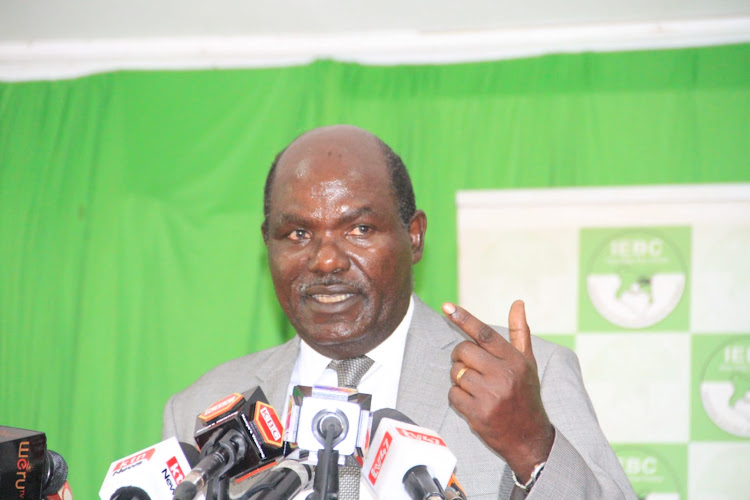 IEBC chairman Wafula Chebukati addresses the media after a meeting with presidential aspirants at Bomas of Kenya on May 23
Image: EZEKIEL AMING'A

The letter in question requested to know when Sakaja joined the school among other details.

The letter circulated on the social media platforms days after unverified academic documents alleged to belong to Sakaja went viral on social media.

The issues on the certification of  Team University came after a section of Kenyans questioned the truthfulness of Sakaja graduating from the University of Nairobi.

"Next they will say that I wasn't born. Forget propaganda; sell your candidate. Our march is unstoppable, our faith is unshakeable and our victory is inevitable," Sakaja said in an apparent response to allegations surrounding his academic papers.

Sakaja was cleared on June 7 after submitting his documents to IEBC.

Sakaja is contesting for the seat against Azimio la Umoja One Kenya Alliance candidate, Polycarp Igathe.

Sakaja assured his supporters he will win the Nairobi seat and work for the people.
News
5 months ago

How degree question turned into nightmare for big guns