•PAC has incriminated the trio for engaging in what they say is illegality by authorising multi-million compensations without harmonised valuations.

•The damning report indicates the dubious transaction was done in total breach of directives by the Lands principal secretary in an August 1, 2018 letter. 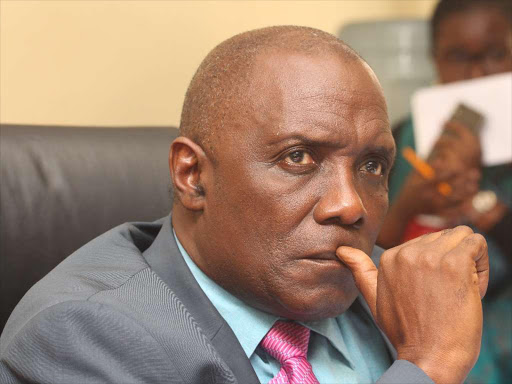 Former top officials of the National Land Commission face a permanent ban from holding public office if recommendations of an oversight committee are adopted and implemented.

PAC has incriminated the trio for engaging in what they say is illegality by authorising multimillion-shilling compensations without harmonised valuations from both the commission and the Ministry of Lands.

The details are contained in the 2018/19 PAC report tabled before the National Assembly on Tuesday.

“The land compensation amounting to Sh215, 622,898 which was paid out without harmonised valuations was irregular and improper,” the report says.

Munubi was the director of valuation and taxation at the time.

The oversight committee chaired by Ugunja MP Opiyo Wandayi incriminated the three former officials saying they were directly liable for the loss of taxpayers’ money.

The damning report indicates the dubious transaction was done in total breach of directives by the Lands principal secretary in an August 1, 2018 letter.

The letter was giving the commission the green light to effect compensation only in situations where property value variance between NLC and Lands ministry was below 20 per cent.

However, variance ranging from 21 per cent to 49 per cent was to be revalued by a joint team from both the ministry and the commission.

“Any variance of 50 per cent and above should be re-inspected by the joint team to carry out a revaluation,” the PS directive showed.

While appearing before the oversight committee, NLC accounting officers submitted that harmonisation was recommended and valuations were done jointly between NLC and the ministry.

However, the committee dismissed the valuation documents tabled on account of their authenticity as the majority were either unsigned or authenticated.

“The valuation reports were not signed and not authenticated and, therefore admissible,” the report said.

Chavangi bid to excuse self from NLC case dismissed

He and Swazuri are accused of inflating compensation for land set aside for Port Reitz-Moi Airport Road.
News
3 months ago
“WATCH: The latest videos from the Star”
by LUKE AWICH Political Reporter
Corridors of Power
17 May 2022 - 23:00