It's said other ODM leaders anticipated Orengo's exit and had hatched a plan to replace him. 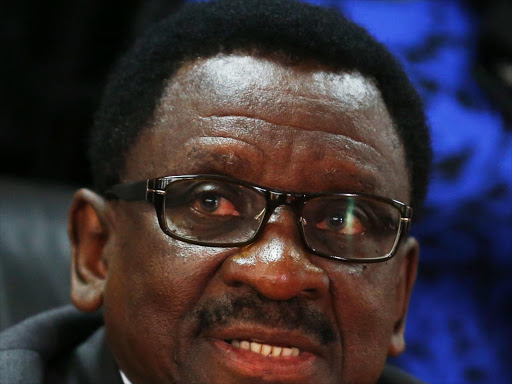 Did a statement by Raila Odinga's spokesman spoil the party for some lawmakers who were eyeing the position of leadership in the Senate? Well, Corridors of Power has been told that a cabal of powerful individuals had already instituted an elaborate succession plan in the event that Siaya Senator James Orengo (pictured) was shown the door as the minority leader for calling for changes in the BBI Bill. The team is said to have been more confident in having their choice take over the influential position and had planned a weekend meeting with the powers that be to ensure their plans succeed. It is not clear whether Raila had in mind this power game before he issued a late statement seeking to dispel rumours of a possible change in the minority leadership in the Senate.

The infighting in ODM has confused a lawmaker who is carefully considering his association with a group within the party perceived to be targets of the anticipated purge. The aim is to get rid of people perceived to be reading from a different script from the party’s official position. The lawmaker was over the weekend expected at a function but abruptly changed his mind after being informed that the targeted group would also be in attendance. The lawmaker, who is now on the  horns of a dilemma, is also facing serious competition on the ground from an influential politician who had once represented the constituency.

An MP from the Rift Valley is in hot soup after it emerged that he is secretly supporting the extension of the 12th Parliament. Unfortunately for him, his wish has landed in the ears of his constituents who are now baying for his blood and counting the days to next year’s decisive elections to teach him a political lesson. The besieged MP’s record is said to be wanting amidst claims that he has deserted the constituency, only visiting when there is a major function in the area.