NOT A HAWKER ANYMORE

Prison was blessing in disguise after my arrest for hawking sweets

Emma Atieno says after leaving prison, she joined a carpentry programme that is now giving her a better income 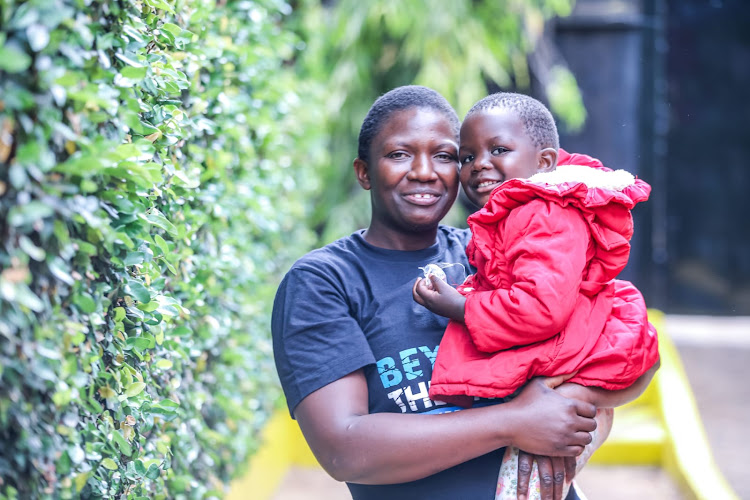 In 2015, Emma Atieno left her house to go hustle in the Nairobi CBD, just like any other day.

She had been hawking sweets for more than a year.

However, on this specific Tuesday, Atieno says the city askaris came and they made sure their presence was felt.

Atieno says those who were not quick to run, were arrested and whisked into a van together with their goods and taken to City Hall.

“I thought mine was a petty offence. That nothing serious could come out of it. I was arrested for hawking sweets without a permit,” she says.

“By the time I landed in prison, I had not contacted any friend or family member since my arrest.”

Atieno says they were arrested and divided into two groups. Those that could raise the fine that came with their offence and those who were unable to.

“I was yet to make any sales, I had nothing. And worse, I had no savings. I was fined Sh10,000. I had no way of raising the money and no one to call. Shortly after, a lorry from Lang’ata Women’s prison drove in,” she says.

Atieno says those who could not pay the fine were hurled into the lorry and driven to the prison. Other women had just been picked from the Milimani court.

When you get to prison, she says, no one gives you time to adjust. You are fed prison life with a big spoon as soon as you step into that gate.

Atieno says though she only stayed in prison for three days, before a friend got her out, it was an experience she would never wish on anyone.

“It is dehumanising and traumatising. I was still in shock. How could I have landed in prison in such a short time? But no one cares about your fears, offence, or innocence,” she says.

“It doesn’t matter whether you were a hawker or a murderer. You are all treated the same.”

Atieno says when her friend Dorcas came to pick her up on the third day, her fine had been reduced to Sh9,200 because she had served for a while.

Dorcas was her fellow hawker, she paid Atieno's fine and got her out.

“When I got out, I was scared to return to my hawking business. Scared that I would land in prison again. Yet, I could not sell the sweets in my hood because I knew I would not get returns. My customers were in the CBD,” she says.

“I was forced to look for something else to do. After all, the returns I was getting from my business only allowed me to live hand-to-mouth.”

Atieno says she struggled to get manual jobs which were not consistent. Until 2021, when she bumped into a lady who had served with her at Lang’ata.

Elizabeth Adhiambo had just been invited to join a training programme called Ufunuo.

She invited Atieno to go with her, told their stories and started the initiation of the programme.

The programme under the Clean Start Initiative supports women and children of formerly incarcerated women.

This group gives empowerment to those of us that had been in prison.

“I never noticed just how traumatizing the whole experience had been till I started counselling sessions at Clean Start. It took me a while to fight what I had been made to feel in prison - as if a lesser human,” says Atieno

“The initiative put a rest to my financial struggles. The carpentry training has me consistently engaged in my work, off the streets with a better income.”

“Focusing on women and children, we at Clean Start Kenya help them reintegrate after imprisonment. We believe that once a person has finished her sentence, justly or unjustly so, it is time to stop holding that aspect of their life experience against them,” Teresa said.

Clean Start targets to empower up to a million women.
News
2 weeks ago
Post a comment
WATCH: The latest videos from the Star
by LINDWE DANFLOW
Big Read
14 November 2022 - 08:59
Read The E-Paper