•Poaching and illegal wildlife trade had thrived because of loopholes in law enforcement all along the trade chain, corruption, weak capacity, and high demand in Asian markets.

•Kenya conducted its first-ever national wildlife census to crack down on poaching, which saw the country's efforts to stop the crime by calling the survey a vital weapon in its conservation battle. 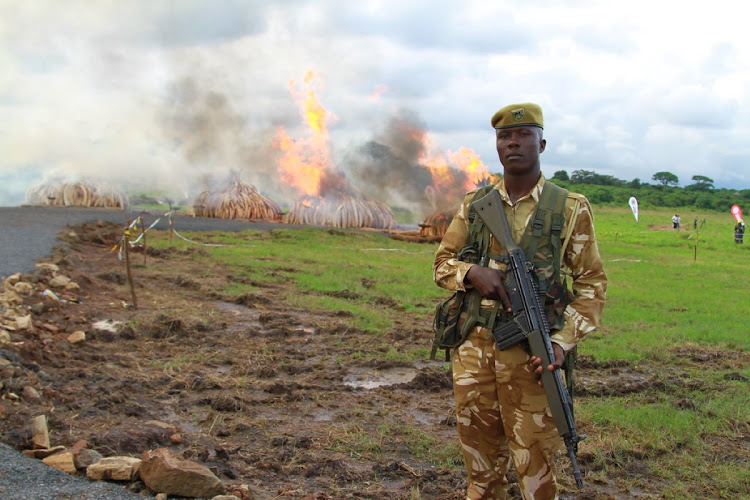 Kenya is known for iconic wildlife, such as the African Elephant Loxodonta africana and the critically Endangered Black Rhinoceros Diceros bicornis.  But many of these species have been under pressure for the last half a century from several factors, including the illegal wildlife trade, which the government authorities and wildlife crusaders have been fighting.

And, the fight is slowly bearing fruits.

Jim Nyamu, the executive director, The Elephant Neighbors Center (ENC), says some interventions have helped a great deal to save endangered wildlife species.

In July 1989, the Kenyan government made historical international news headlines by burning seized wildlife products. At least 12 tonnes of ivory went up in flames, a signal that the government is committed to stamping out elephant and rhino poaching.

According to Paul Gathitu, the Kenya Wildlife Service (KWS) Inspectorate on Wildlife and Protected Areas, the setting of wildlife products on fire was the largest stockpile of ivory ever seen in the world. He maintains that this act showed the seriousness of the Kenya government towards combating poaching.

It was also meant to discourage the illegal lucrative global ivory trade. Subsequent government regimes have since taken up the trend of destroying seized elephant ivory and rhino horns stocks. These and so many are measures that the Kenyan government has been investing in to control wildlife crime, and they seem to pay off.

Establishment of wildlife parks and reserves

And through the Act of Parliament 1989, Kenya Government established National Parks and Reserves as an affirmation step toward protecting and preserving the existence of natural resources and wildlife.

Three months later, a ban on any trade of wildlife and its products was imposed by the Convention on International Trade in Endangered Species of Wildlife and Flora (CITIES). The decision aimed to draw global attention to the threats facing African wildlife, especially elephants, from poaching. 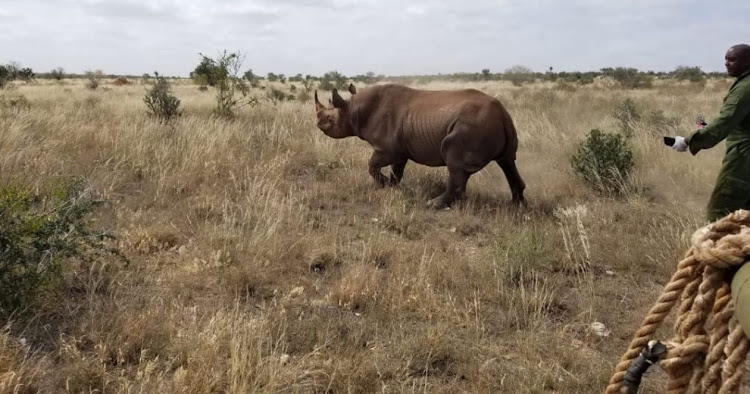 Kenyans were encouraged to report poachers to the nearest police stations while the government embarked on various strategies to stop poaching. These include; sensitizing and creating public awareness, education through media, and establishing and gazettement of national parks and reserves.

Others have been training and recruiting more wildlife rangers, confiscating seized wildlife products and illicit firearms, forming punitive laws on wildlife crime, collaborating or partnering with like-minded organizations, and deploying local communities as wildlife scouts, among other practical approaches and strategies.

According to Gathitu, in 1990, Kenya Wildlife Service (KWS) was officially formed, replacing WMCD, and the late Dr. Leakey was retained as its first chairman. Here, well-armed anti-poaching units were included, and rangers were even authorized to shoot poachers on sight.

To some extent, this scared poachers, and the menace reduced drastically within Kenya's borders. Kenya boasts about 40 national parks, aside from reserves and sanctuaries located in various parts countrywide. The parks have employed thousands of Kenyans directly or indirectly and boosted the country's economy through tourism.

Dickson Ole Kaelo, Chief Executive Officer of Kenya Wildlife Conservancies Association (KWCA), said Kenya has relatively well-developed infrastructure and international nodes, such as the Port of Mombasa and Jomo Kenyatta International Airport (JKIA) in Nairobi. The airports and seaports have been significant exit points for illegal wildlife products in the past two decades, sourced from Kenya or the wider region.

"Kenya has been recognized as a country that regularly makes and diligently reports seizures to ETIS (Milliken et al., 2018). So, this high seizure rate is likely to reflect both Kenya's reporting and seizure effort and the volume of ivory moving through the country," Kaelo noted.

Generally, it is evident to the Kenyan government that poaching and illegal wildlife trade had thrived because of loopholes in law enforcement all along the trade chain, corruption, weak capacity, and high demand in Asian markets. 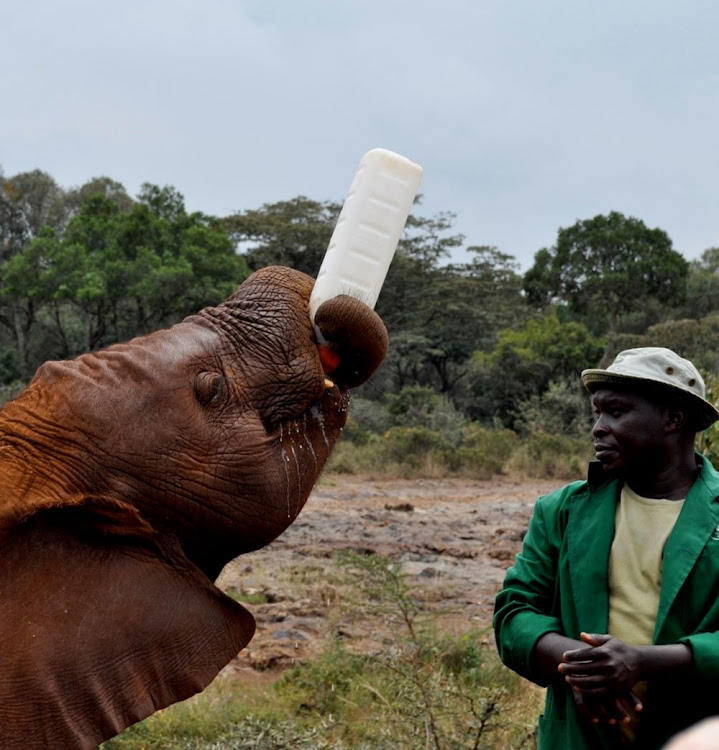 A ranger tends to a young elephant orphaned due to poaching.
Image: KWS.

Upon recognition of these threats, Kenyan Government outlined in the Kenya National Wildlife Strategy 2030 one of the strategies that enhance species protection and management through; reducing poaching, over-utilization, and illegal wildlife trade. The main priority is to increase the capacity of law enforcement agencies to help address poaching and the illicit wildlife trade.

Kaelo affirmed that to date, through the partnership of KWCA and KWS, there is 24/7 surveillance with highly trained sniffer dogs with police officers manning the entry and exit points. Also, there is a hefty penalty for those possessing products or connected to wildlife trafficking and crime.

#WildEye East Africa is an interactive map tracking wildlife crime, produced by Oxpeckers Investigative Environmental Journalism in partnership with InfoNile. According to data tracked by the map, the highest number of arrests, court cases and convictions of wildlife crime between 2017-2022 occurred in 2019. While cases declined in 2020, they went up again in 2021.

Wildlife trafficking is ranked alongside drugs, humans, and arms trafficking as one of the most significant transnational organized criminal activities (UNODC, 2019). Wildlife traffickers have exploited the international financial system and the global transportation network; however, they have also become dependent on them (C4ADS, 2018).

Kenya borders the Indian Ocean and five other countries: Ethiopia, Somalia, South Sudan, the United Republic of Tanzania, and Uganda, notorious for wildlife trafficking. The commercial ivory trade has been banned since 1989 under the Convention on International Trade in Endangered Species (Cites).

Kenya has partnered with other countries to end wildlife trafficking, including online. This is so important because as technologies advance, so do traffickers advance ways to buy and sell illegal wildlife products. 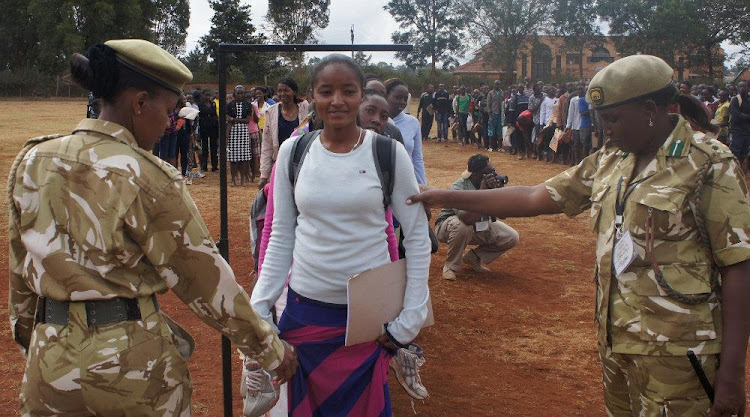 To match the standard, Kenya has joined vital partners, the world's biggest technological giants, against the illegal wildlife trade. This collaboration is dubbed; "The Global Coalition to End Wildlife Trafficking Online" and includes companies like Google, eBay, and Tencent, working together to make the internet's most prominent platforms inaccessible for illegal wildlife trade.

"We share the view of most experts that illegal or poorly regulated domestic ivory markets in some countries such as Thailand, Nigeria, and the Democratic Republic of Congo, in particular, are the main drivers of this increased elephant poaching," observed Joel Muinde, Coordinator, WWF-Kenya.

Najib Balala, Cabinet Secretary for Wildlife in Kenya, expressed his satisfaction with banning ivory in China. He said it had been a significant relief to Kenya's wildlife sector. "Since the regional traffic office in China made an invaluable contribution to the Chinese government's decision to ban the domestic ivory market in China, we have a sigh of relief as government," Balala appreciated.

The ban significantly improved wildlife conservation in Africa, especially Kenya. China removed animals from its list of ingredients approved for manufacturing medicines. Rhino horn was alleged to relieve fevers and lower blood pressure. However, Scientists debunked any such effects as myths, and it helped rhino survival and recovering population.

"Since this groundbreaking decision, we have seen the price of ivory in mainland China plummet. Although many questions still need answering, the future for African Elephants looks brighter than it has done for a long time, Balala assured.

Wildlife rangers' support necessary across the board

"Rangers don't just work with wildlife. Everyday rangers work in communities surrounding the habitats they protect, supporting efforts to reduce crime and helping to inform the neighbors when wildlife is out to defend their domesticated animals and avoid wildlife-human conflicts.

"In 2020, at least 120 rangers lost their lives while on duty. We can't imagine how different wildlife might be without rangers. We have got to do more to keep these brave men and women safe," Balala urged.

"Thanks to them, these incredible and iconic animals are protected. But a ranger's work is far from easy. They need and deserve much more support.

"They see wildlife every day, experiencing some of the best that our natural world has to offer, but also seeing some of the worst scenes we can think of. And, when those horrific incidents occur, they are the people responding first, putting themselves in danger to stop armed criminals ready to do whatever it takes to escape with a rhino's horn, elephant's tusk, zebra, or a live pangolin," he said. 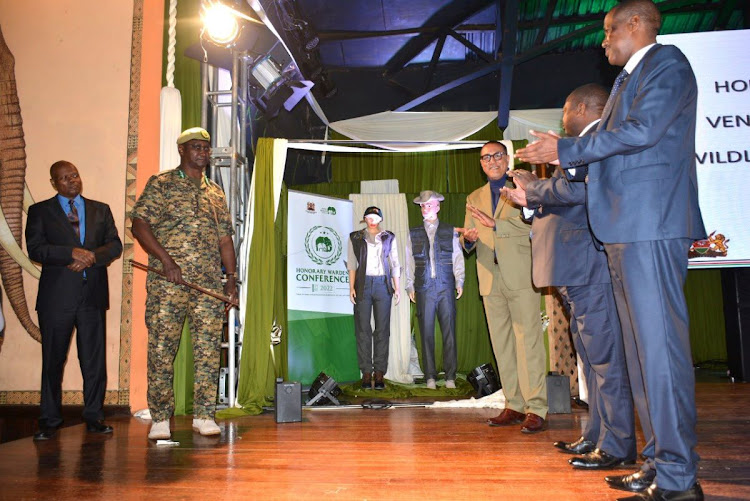 Balala, CS for Wildlife emphasized, "And rangers often do all of this with old equipment, infrequent training, and basic living areas while on duty. They do an extremely tough job that is critical to the survival of endangered species. For all these reasons, rangers deserve support from the community, government, individuals, and civil society.

"It is dangerous, tough, and thankless work, and if we are to keep rhinos and elephants from extinction, there is a huge need to keep our rangers safe and motivated, both for their wellbeing and for the wellbeing of the iconic species they risk their lives to protect."

Currently, Kenya's model is being used in encouraging other African countries in their efforts to protect wildlife and resources. He disclosed that a [3]  has reported an increase in elephants, buffaloes, and giraffes in the Tsavo-Mkomazi Ecosystem.

Kenya conducted its first-ever national wildlife census to crack down on poaching, which saw the country's efforts to stop the crime by calling the survey a vital weapon in its conservation battle. The study in mid-2021 indicates a total of 36,280 savanna elephants, a 12-percent jump from the figures recorded in 2014 when poaching activity was at its highest.

Kenya has the fourth largest elephant population in the world after Zimbabwe, Botswana, and Tanzania. 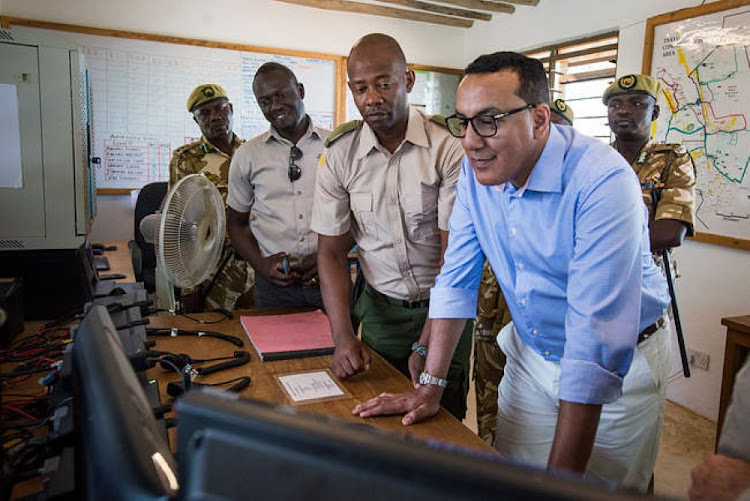 According to Najib Balala, the census helps improve the monitoring of wildlife conservation efforts. Populations of elephants, giraffes, and rhinos are increasing in the country.

Balala revealed that the census shows that some iconic species are increasing across Kenya, while others, including lions and some antelope species, are in decline. Rangers are not only doing everything possible to protect these animals from the threats they face but also monitor their health and count them so that conservation activities can improve.

"The census indicated the numbers of lions, zebras, hirolas (Hunter's antelopes) and the three species of giraffes found in the country had also gone up," Cabinet Secretary for Wildlife said.

Balala revealed the groundbreaking census, fully funded by the Government of Kenya and conducted by local experts, established that the country is home to 1,739 rhinos, among them two northern white rhino species, 897 black rhinos, and 840 southern white rhinos. Tourist magnet Maasai Mara National Reserve is home to nearly 40,000 wildebeest.

"Obtaining this level of information allows for better policy, planning, and assessment of areas that require focus in our interventions to maintain or improve our national conservation efforts," Cabinet Secretary for Wildlife said.

President Uhuru Kenyatta applauded Kenya's wildlife conservation agencies led by the Ministry of Wildlife and KWS for successful anti-poaching efforts. He has since thanked the officers for outstanding work and innovative interventions, ensuring reduced losses of elephants, rhinos, and other endangered species.

"Wildlife is an important national heritage which needs to be protected and conserved for posterity and the benefit of all Kenyans," President Kenyatta said.

Balala assures the public that the government has made tremendous progress on the issue of poaching because of enough funding for anti-poaching. He, however, regrets that human-wildlife conflict is still a big challenge due to inadequate global attention in terms of funding given to communities and people's livelihoods in the sector.

Support for development and production of this story came from InfoNile, in partnership with Oxpeckers Investigative Environmental Journalism, with funding from the Earth Journalism Network.

This is a story on wildlife conservation. If focus on solutions against illegal activities on wildlife parks and reserves in Kenya. Please, watch and help conserve our environment.