"Female aspirants are forced to comprehend much baggage more than their male counterparts."

• Mishi says her community including local religious leaders preached against her entry into politics terming her a “shame to the society” who could never lead.

• Jumwa admits it has not been easy to stand before men and convince them to vote for her but the negative jibes have never stopped her determination. 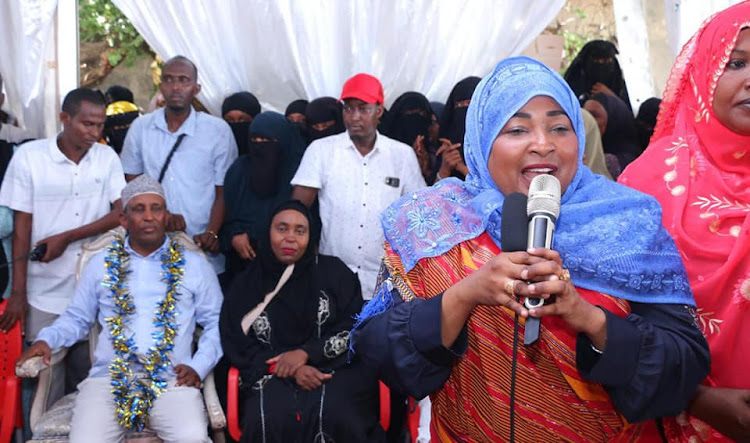 We retain some traditional and cultural practices that make it very difficult to have women in leadership and decision-making positions, especially in the political arena.

More challenging is in relation to electoral seats.

Women attending a recent forum for enhancing women's participation in politics organized by the Media Council of Kenya in Kakamega County narrated very horrifying stories of what they go through, starting from the family, religion, culture, boardrooms, and political rallies, in their quest to get elected or even nominated.

Women candidates narrated how they have to endure harassment, abuse and ridicule from male colleagues, who are even less qualified or educated.

Outside the laws providing protection against sexual harassment, the two-thirds gender rule, Political Parties Act, the nature and level of barriers to women face in their quest to seek positions to represent their electorates varies.

From rejection even in their own families, physical violence, and online abuse, female aspirants are forced to comprehend much baggage more than their male counterparts but for most of them, these come as stepping stones rather than obstacles.

For years, women from the Muslim community including the Coastal women missed political leadership due to patriarchal, cultural and religious underpinnings where women were not even allowed to make decisions.

But three women from the region, Mishi Mboko, Aisha Jumwa and Ruweida Obo, despite the mentioned challenges have been able to break the barriers to force their way into the almost male-exclusive space and their journey has been an inspiration to other women in the Coast region as elected leaders.

While Mishi seeks to recapture her Likoni parliamentary seat, Jumwa is running for Kilifi gubernatorial seat up from Malindi parliamentary seat while Ruweida is seeking to be the next Lamu East MP after five years of being the Lamu woman representative.

Journey through the ladder

Mishi’s leadership roles are traced back to 1992 when she led a women's group which then shaped her political journey as a district convener.

She plunged herself into elective politics when she vied for Likoni parliamentary seat in 2007.

“I did not make it past the party nominations stage but the process helped popularize my name in the local political scene," she says.

Her decision to vie for that seat against popular male candidates was not received well by the society she lived in considering she was the first woman to seek that position.

Mishi says her community including local religious leaders preached against her entry into politics terming her a “shame to the society” who could never lead. 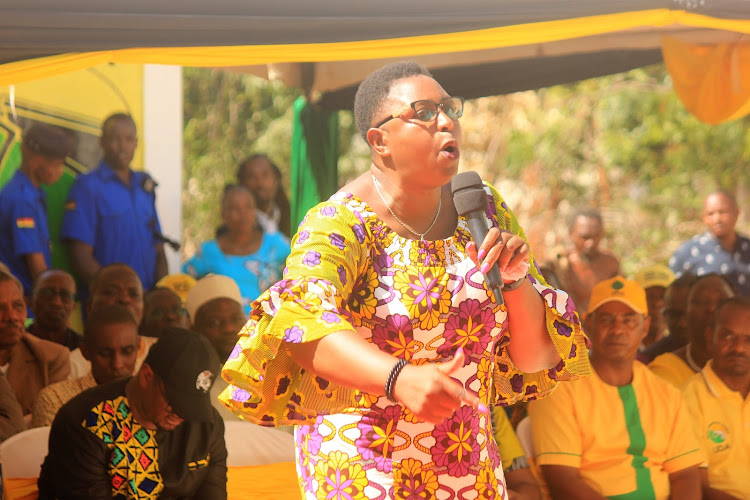 “There were several mosques in Likoni that discouraged people against voting for me. To them, a woman was supposed to be below a man and my intentions were like subduing the men,” she says.

And five years later, she went for the pioneering woman rep seat in Mombasa which she won and in 2017 beaten a man in the Malindi MP seat race.

“When I first announced that I was vying for the MP seat, where many male opponents had shown interest, many people doubted if I would make it ” she adds.

However, for her, insults, abuse, name calling and even physical assault have become part of her daily endurance during every election period, especially from her opponents and their supporters.

“I have been called a prostitute who does not have a husband and childless. These are questions that a man will never be asked,” she says.

While she has gotten used to names, the attacks have moved from being verbal to being physical with goons trying to disrupt her political meetings by causing chaos.  She has invested in bodyguards.

Jumwa’s story is not in any way different. She has had her own share of odds to beat to be where she is today as the Malindi MP having started as a counsellor in 1997, a position that shaped her political journey

Being a woman from the Mijikenda community and also a Muslim, her entrance was not received well by the community who believe women should remain behind scenes.

Jumwa admits it has not been easy to stand before men and convince them to vote for her but the negative jibes have never stopped her determination.

In a previous interview, Jumwa confessed to having been forced to choose between saving her marriage or continuing being in parliament.

She chose parliament instead and with that, she bid her husband and the marriage institution goodbye.

“My ex-husband said he could not have a wife who was a politician. There is no way I could kill my (political) career (because of my marriage), so we divorced,” she said.

Jumwa wonders if her political candidacy has been objected to yet she is not the first woman to be in the leadership role.

“Am just following in the footsteps of gallant pre-independence heroines Mepogho and Mekatilili wa Menza who led the community during colonial rule by seeking elective positions as governor and protecting their interests and resources,” she says.

Outside the abuses which she says she has grown a thick skin for, Jumwa confesses that financial constraint is a major obstacle that women in politics face including her.

“Campaigns in Kenya are so expensive and you need a lot of resources to meet the expectations. I don’t have a lot of money, but I have my mouth to talk to people, so I work twice harder to get people to trust and vote for me,” she notes.

These non-physical forms of violence that women in politics have to endure at times hinder their full participation in politics and articulation of issues on the floor of the national and senate assemblies.

“Immediately I got into parliament I was appointed vice chairperson of regional integration committee, my colleague who was a male senior politician, lobbying for that position did not get it, so he started spreading rumours of me using my body to get that position which was a lie. The truth is I was given that position by my party after being showing that I merited” she said

“There was a time I did petition on women protesting demolitions of their houses where they had lived for over 40 years against a road construction. My petition had some interference from a male collogue from Lamu East who opposed it calling it a political tool,” she said

Ruweida is a good example of how women can excel in their political careers and still maintain family values.

However, she says it has been very difficult balancing as a wife, mother and leader forcing her to wear two personalities.

“When I am in the community, I am their leader, but when I get back home, I am a wife and a mother and I perform my motherly duties as required,” she says.

Ruweida, a former pilot, is now determined to be the first Lamu elected woman for a parliamentary seat which over time has been perceived to be for men.

“The society should discard socio-cultural settings that bar women from seeking elective positions,” she says.

Kenya National Muslim Advisory Council (KEMNAC) Chairperson Sheikh Juma Ngao says it is permissible for a woman to be an authority and leader in any position for which she is qualified and the only reservation is on the top religious leaders such as Chief Kadhi.

Ngao says in a democratic country like Kenya which does not rely on Islamic Sharia, women vie for the electoral seats and go as high as they want.

“Orthodox Muslim scholars are in agreement that women are not entitled to hold the leadership or the topmost public office of an Islamic nation but in a democratic dispensation such Kenya they can aspire to any office as long as they observe modesty," he says.

This reporting was supported by the International Women’s Media Foundation and NDI’s VAW-PM Program.

Young women root for peace ahead of August poll

They were on a procession on Wednesday at Kibera.
News
2 weeks ago