• Adjustments such as blended hearings have been necessitated by circumstances 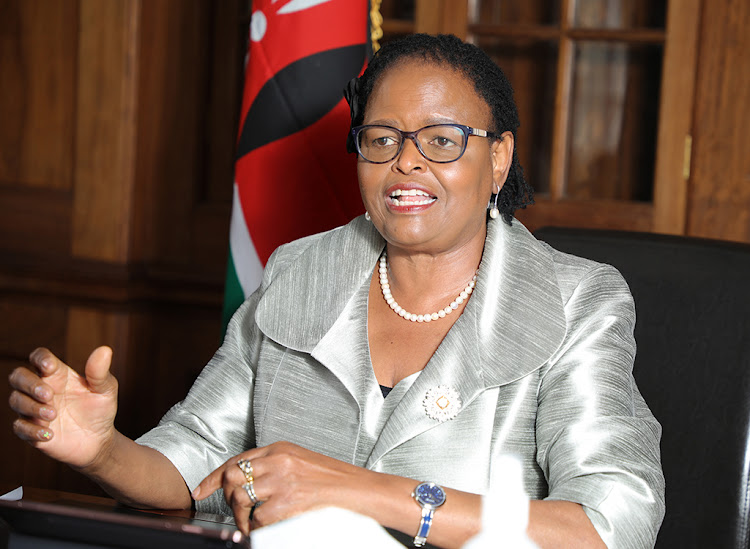 When the Covid-19 pandemic struck in March 2019, everyone’s personal and work lives were reshaped.

The reporting of the first case in Kenya was on March 13, 2020. It affected all sectors of the economy, including the Judiciary.

The situation forced the third arm of the government to shift from physical open court to virtual hearings, something the Judiciary was toying with for a while but hadn't thought of embracing fully.

In some instances, the Judiciary had to shut down court stations while downscaling operations in high-risk areas. The country was placed on lockdown, which affected movement of litigants and witnesses to and from the courts.

Despite everything the pandemic threw our way, the courts still matched its relentless intensity with remarkable resilience.

Speaking to the Star regarding the impact Covid-19 has had on access to justice, Milimani Deputy Registrar Elizabeth Tanui said the new normal in most courts may be a hybrid trial system, with civil trials mostly conducted online and criminal trials held in person.

Virtual sessions, she says, are likely to retain a permanent place in the Kenyan judicial system.

The Covid-19 pandemic has changed the judicial landscape. Valuable lessons have been learnt for the future. In civil cases, online hearings and trials are more likely to become the norm. Expert witnesses testify very effectively and in a cost-effective way remotely. A doctor who may not otherwise be available can click on a link and testify,” she said.

When the pandemic broke, the Judiciary instituted several measures and initiatives to ensure minimal disruption of cases as well as to ensure continuity in the dispensation of justice.

It acquired Microsoft Teams, a video conferencing service, to facilitate upscaling of court operations. The Teams platform is used for virtual sessions by the Supreme Court, the High Court and the Magistrates’ Courts. The virtual sessions in the Court of Appeal are done through the GoToMeeting platform.

The proceedings in these virtual platforms have been configured to ensure that the underlying principles for fair and open delivery of justice are met, that is, in a way that commands public confidence of lawyers and litigants.

“We ensured the links to the various virtual court proceedings are shared with the public on the website. The virtual court links give the litigant access to courts while allowing the public to attend the online hearings. The links are shared only to the parties involved for cases that are private,” she says.

Tanui indicates virtual court sessions have not only made it possible for courts to operate while complying with the prevention protocols but also made court processes and procedures more transparent and efficient.

“The ability to have evidence from people without requiring costly or physical inconvenience or impossible travel has liberated the court process from the tyranny of distance,” she says.

But in as much as virtual courts have been very successful, there are challenges associated with it.

One of them is concerns of witness coaching, impersonation and leading witnesses through pre-prepared notes.

Advocates have also at times found it difficult to cross-examine witnesses on technical issues or cases involving heavy documentation, resulting in adjournment of matters.

Some parties have also expressed concerns that the solemnity of the process of giving evidence is lost in witnesses testifying from the comfort of their homes.

To address these concerns, Practice Directions on proceedings before courts have been developed.

In respect to witnesses in virtual hearing, Tanui said their advocates must ensure the witnesses have received the login details to the particular courts. The witnesses are required to identify where they are physically located and verify that they are alone in the video conferencing place.

“And to ensure the integrity of the proceedings and subject to the direction of the judicial officer, if a witness is participating from the advocate's office then the witness should, if possible, be placed in a separate room,” she said.

“If compliance with the above is not possible, then the camera setting shall provide enough visibility for the court to see the witness and to verify that the witness is not receiving communication or assistance of any sort.”

The Judiciary has, however, been unable to mount online hearings countrywide due to lack of funds. The fundamental question remains how much the government is willing to invest in it.

Just last month, Chief Registrar of the Judiciary Ann Amadi sought to have its allocation for the 2022-23 financial year doubled, citing the risk of stalled infrastructure and court digitisation. The appeal was made when the Judiciary unveiled its medium-term expenditure framework budget report, asking for Sh39 billion against a proposed Sh17 billion.

Chief Justice Martha Koome has also been at the forefront, leading in calls for more funding for the Judiciary. The financial autonomy will particularly help the boost in digitising courts countrywide, bearing in mind that technology is an enabler of justice but it is not cheap.

She recently announced that the Supreme Court, the Court of Appeal and the Commercial Court will continue to conduct most hearings as they try to solve the technical challenges experienced so far.

She also instructed that physical hearings can resume, but this is left to the innovations of the court user committees (CUCs) and the Bar-Bench committees. They should come up with localised modalities that respond to their specific contexts on limiting the number of those to attend court at instance, and which court process should continue to be carried online.

In a bid to deal with those not able to access remote hearings, plans are at an advanced stage to establish Huduma Centre Judiciary Desks, with the aim of bringing justice closer to the litigants.

“With the establishments of such centres, litigants will not have to walk long distances to court buildings to get assistance but can easily get the same from the various Huduma Centres across the country,” she said.

The Judiciary has also put in place certain measures for those unable to use digital provision to access justice. One of them is the hiring of 42 ICT officers who are currently being deployed nationwide on a need basis. The additional ICT officers, according to Tanui, will be instrumental in equipping the ICT support centres with the necessary technical skills.

“Customer Care Information Kiosks have been established at the Court Customer care desks to help litigants facing challenges to access justice without any impediment,” Tanui says.

However, heightened activity was noted in the Commercial Court division thanks to tax appeals and the launch of the e-filing system on July 1, 2020.

For Arnold Oginga, one of the top advocates who showcased his prowess during the Building Bridges Initiative (BBI) hearings, the hybrid system is the way to go.

He said in as much the virtual system is good and working, there are concerns regarding pleadings filed online.

“It is either they have not been printed or attached to the court files when we go to court. You are then forced to adjourn the matter because the registry did not avail the copies to the court file. This is a downside that needs to be addressed,” he says.

He adds that when Covid-19 happened, everything went into shambles. For him particularly because he is still quite young in the profession.

“For most of us young advocates who studied law, that was our only source of livelihood. But when the pandemic came, it dawned on us that law is not just a passion but also a business,” he says.

During that season, Oginga says they had to focus on recovering pending monies from clients. They resorted to filing a lot of bills of costs.

“We had to revisit our books and collect every coin that was owed to us. We had no option. Money circulation was low. We had to focus where we can invest it for it to bear interest,” he says.

“The pandemic caught us unawares but it has been a great lesson. It has given us an opportunity to plan well financially and cut unnecessary expenses.”

The pandemic, he said, brought in the aspect of technology, and people have been led to embrace it not as a reaction but a necessity.

He applauded the Judiciary for the improvement in terms of Internet connectivity. When the transition took place, Oginga said it was a big challenge because there was no uniformity, in that some other courts were using Teams, others Zoom.

“Internet connectivity can't be 100 per cent perfect. Even from our end as advocates, we experience mishaps. But there has been consistency in that most of the courts have adopted one link. They used to create different links, such that you would have to wait for a new one every morning,” he said.

The Judiciary has since contracted various service providers to provide bandwidth/Internet at various court stations countrywide. For instance, in urban areas, it ensures high availability and reliability of bandwidth by installing both primary and secondary links.

Secondly, Tanui explains that Judiciary stations in rural areas are connected via fibre links and microwave technologies, while in the far-flung areas, for instance, Northeastern regions with little coverage of common Internet links, the courts have been connected via satellites technology.

Dr Mbogo from Katiba Institute advocated the hybrid system, which will give priority to mentions of cases being listed virtually and criminal matters proceeding in open physical courts.