• Lamu, Mombasa suffer outbreaks after rains but have collaborated to reduce cases 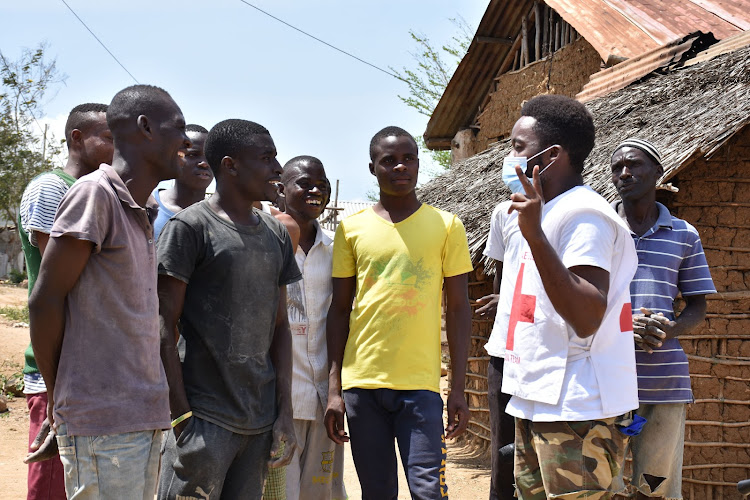 For three weeks, Christine Otieno had body pains, which she kept ignoring.

However, when she experienced unending coughing, her first thought was that she had contracted the coronavirus.

Otieno, a resident of Bemzungu village in Mombasa county, feared she might have been infected with the virus while in her line of duty as a community volunteer.

“I had persisting diarrhoea as well as a cough that was not healing, and at times I had chest blocking, which gave me difficulties in breathing,” she said.

But on the morning of August 11, Otieno, a mother of four, woke up to a severe headache as well as pains on her joints and could not open her eyes due to pains.

“Despite the fears, I gathered courage and went to the hospital in Jomvu to seek medical assistance but the doctor shut down my fears,” she said.

Her fears were justified since the symptoms showed up at a time when cases of Delta variant were rising in Mombasa and beyond.

But after several tests, the doctors discovered that she had dengue fever.

The doctors placed her under medication immediately and she was prescribed to undertake some medicine through injections.

She was allowed to go home and come the following day.

However, the same night she started her medication, Otieno’s lastborn son showed similar symptoms as hers and she was forced to take him to the hospital, where doctors diagnosed him with the same disease.

Otieno’s pain was seeing her son suffer from the pains of dengue, which she describes as “beyond imagination” since the patient usually feels like the body is broken into pieces.

Aside from nursing two patients, dengue took its toll on the already struggling family, especially in terms of finances since they had to cater for all the expenses of treatment.

“The testing and treating of dengue is very expensive. We used more than Sh8,000, which my husband had to borrow,” she said.

Otieno is a community health volunteer who educates her fellow villagers on how to prevent or curb the spread of dengue fever. She could not help but wonder how she got the disease since she had been taking all the precautions.

Dengue is a flu-like illness transmitted to human beings through biting by an infected female mosquito.

The disease is common in tropical and sub-tropical climates worldwide but mostly in urban and semi-urban areas.

In Kenya, dengue is common in the Coastal areas, especially Mombasa and Lamu counties, due to its tropical nature.

The virus is not choosey as it affects infants, children and even adults and can take between three to 14 days before it manifests. However, most patients are asymptomatic or have mild symptoms.

The World Health Organisation classifies dengue into two categories; dengue, which is asymptomatic, and dengue severe, which has signs and symptoms.

For dengue, signs include headache, pains behind the eyes, muscle and joint pains, nausea, vomiting, swollen glands and rashes.

Severe dengue has not been reported in Kenya or Africa, but it is common in some Latin American and Asian countries.

WHO reported that half the world’s population is at risk of being infected as 100-400 million infections are recorded each year.

Lamu and Mombasa counties have been listed as the risk areas prone to this tropical disease.

In Mombasa, as of August, 1,010 cases of dengue had been reported since April, when the dengue fever outbreak was confirmed by Kemri.

With the rainy season nearing, cases of dengue fever are expected to rise significantly.

However, the effects are expected to be less due to the measures taken by Mombasa and Lamu counties with the support of Red Cross Kenya.

The measures, which are geared towards preventing the disease, are community-based interventions.

The full implementation of the strategy has reduced dengue cases, and experts expect the trend to remain when rains come.

One of the responses was training volunteers, who help to educate households.

Ignas Karingo, a community health volunteer in Bemzungu village, said their priority has been to educate other villagers on dengue.

“We are glad that our sensitisation has been yielding fruits as the change of behaviours is significant, he said.

Karingo and 300 other volunteers have been tasked with educating the masses to not store clean water in open places since that gives the mosquitoes a breeding ground.

“We also encourage villagers to seek medical attention whenever they spot signs of dengue instead of self-medication.”

The volunteers are also tasked with fumigating and spraying home areas to get rid of the mosquitoes and their larvae.

The CHVs are also mandated with clearing bushes and burning wastes, especially plastic wastes, in their villages.

Dengue-causing mosquitoes breed in clean water and sting during daytime. So households should avoid storing water in open containers

Nato said the outbreaks are unpredictable due to the change of long rains.

Contrary to perception that dengue is a “poor man's disease”, statistics show it is not picky on who is infected, the executive said.

He however said women and children are the most affected since they spend more time at home during daytime, when the dengue vector is on the loose.

Nato said despite their efforts, the department has been facing challenges in terms of constant testing of dengue. This due to the financial crunch all counties are facing.

Due to the challenges, Nato said aside from getting partners who help by providing for the testing kits, they have focused their energy on community-based interventions.

Partnering with Red Cross has helped them train community health volunteers, who have reached out to a third of Mombasa’s population.

Many medical workers have undergone training on dengue, and the county is increasing its capacity by employing more health workers, he said.

Luisalba Ngoma, the regional health focal person in the Coastal region for Red Cross, said collaboration between the Red Cross and Mombasa and Lamu counties has been focusing on community-level interventions.

Ngoma said they have conducted capacity building for community health volunteers, who are in touch with residents.

CHVs then conduct door-to-door sessions in their communities while passing the message of protecting themselves against dengue fever.

In Lamu, they have roped in teachers from primary and high schools in their school-based intervention.

This gives an opportunity to public health officers and teachers to educate their students on dengue fever and how to curb an outbreak.

“To complement our efforts, we have distributed nets to learning institutions, such as boarding schools as well as madrassas,” she said.