You can get an Ethiopian beer brand in Moyale for as low as Sh50.

• There is perceptible tension between Ethiopian and Kenyan security personnel

• However, movement is easy and nobody will stop you, while the cost of living is low 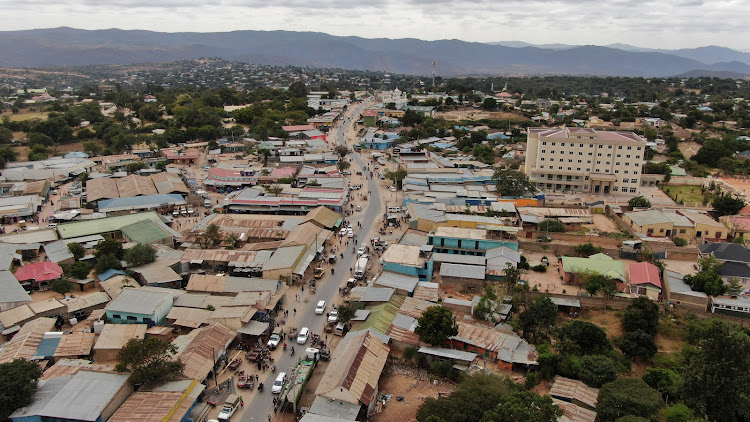 A trip from Nairobi to the border in Moyale was a two-day affair, with a night spent in Marsabit.

We arrive in Moyale on the second day, where my colleagues from other media houses and I were attending a number of meetings and a visit of the newly commissioned One-Stop Border Post (OSBP).

Based on my experience, I would describe Moyale as a friendly and affordable town.

There seems to be a lot of tension between Ethiopian and Kenyan security personnel, but movement is easy; nobody will stop you.

We start our official day with a courtesy call at the Moyale police station, where we are welcomed by the Officer Commanding Station, Ali Noor Abdi.

Abdi is one of coolest officers I have ever met. He gave us an escort detail for some of our shoots and interviews along the border.

Security is tight, with the Kenyan border well manned by the regular police and a special Border Patrol Unit.

Anyway, the official part of the trip was successful. I had time to sample the town both day and night.

A conservative small town, it is not what I am used to in the city, where there are busy malls and joints.

It is a town of SMEs, most in cross-border trade. A number of banks have established themselves in the town, giving the much-needed financial support to traders and the community.

One different thing I noticed about Moyale is that, unlike other borders where bars, restaurants and clubs are lined up along the main street, it is a discreet town, and you either have to know your way or ask around where to get your drink.

Boozing at petrol stations catches on in South Africa

The Prisons canteen is one of the common places you can grab a drink. Then there is Members Club near the One-Stop Border Post.

This is one of the few places a Nairobian can get the common kuku kienyeji and ugali.

A number of other joints come to life after sunset, and most are just on the borderline, where both Ethiopians and Kenyans mingle for a drink.

The price of beer at these joints made me feel Nairobians and residents of other major towns in Kenya are being robbed.

You can get an Ethiopian beer brand for as low as Sh50. This is up to five times what most joints in Nairobi sell their drink.

Sipping a Doppel brown beer while gazing at the famous beautiful Ethiopian ladies made me forget the city hustle of heavy traffic, noisy night clubs and wallet-depleting cost of living.

There is a good vibe among residents of the two countries despite the current delicate political situation in Ethiopia.

Language barrier is, however, a problem for any new person visiting Moyale from other regions. Sign language, albeit not to the official standards, will help you pass a message or two.

Collo (Collins), my local guy, assures me I am safe. He translates my conversation with the barman and locals.

After I cleared my bill, he takes me on a boda boda ride around the town, but it was a bit late to catch any action in the streets as it was now 10pm (curfew time) and most of the town is dead silent.

I ask him to drop me at my hotel as I look forward to another day.

Apparently it was my last night in Moyale. A short stay it was, but an interesting one that I would not mind repeating.

If you are travelling to the hilly town of Moyale, make sure you pack a mix of light and heavy clothes because it can really get cold at night after a sunny day.

The long trip between Isiolo and Marsabit and onwards to Moyale is a hot one, especially during the day, as you traverse the Chalbi Desert.

You should not take more than five and a half bottles of beer a week
Sasa
3 months ago
Island, historical sites and unlikely farms cry out for more visitors.
by MARTIN MWITA Business Writer
Big Read
20 September 2021 - 04:00