•Upon completion, the Zanzibar Domino Commercial Tower will be a 70-storey, spiralling skyscraper.

•  It will also be the second-tallest building in Africa, after Egypt’s Iconic Tower, 28 miles east of the capital Cairo. 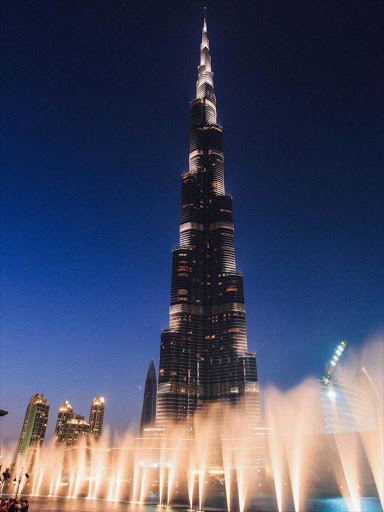 Last week, Tanzania’s AICL Group and Edinburgh-based investment company Crowland Management unveiled designs for a skyscraper that would be right at home in the glitzy skyscraper-rich emirate of Dubai.

Instead, the upcoming $1.3 billion tower will be built close to Tanzania's capital, Dar es Salaam.

Upon completion, the Zanzibar Domino Commercial Tower will be a 70-storey, spiralling skyscraper on a man-made island off the west coast of the country’s Zanzibar archipelago. It will also be the second-tallest building in Africa, after Egypt’s Iconic Tower, 28 miles east of the capital Cairo.

Nonetheless, the Domino will be the most expensive single-standing building ever constructed on African soil, just $200 million shy of the world's tallest building, the Burj Khalifa, which gobbled up 1.5 billion US dollars.

Egypt’s Iconic Tower is one of 20 prospective buildings being constructed as a part of the country’s new central business zone, dubbed the New Administrative Capital (NAC). The project, being built by CSCEC, or China State Construction Engineering Corporation, will cost a whopping $3 billion.

Zanzibar’s Domino is considered an architectural marvel and will serve as a vote of confidence in Africa property investment.

It comes as the Aviation Industry Corporation of China’s (AVIC) six-storey towers in Nairobi’s upmarket Westlands suburbs nears completion in the Kenyan capital.

Marketed as Global Trade Centre (GTC), the imposing structures will include the 184m-tall Avic Tower, with 47 floors, the topmost of which will house A-grade offices.

The second tallest tower, at 142 metres and 35 floors, will house a hotel that is to be operated by Marriott International, an American hospitality firm.

Over the past decade, Africa’s skyscraper ecosystem has attracted both investor capital and interest with billions of dollars having been committed to projects already.

According to Global Construction Review (GCR), there have been a number of contenders for the title of Africa’s tallest tower, including the Leonardo in Johannesburg (227m), and the Bank of Africa Tower in Rabat, Morocco (250m).

“However, none under construction surpasses the Iconic Tower, which beats even Hass Petroleum Group’s Pinnacle towers scheme (300m), which CSCEC itself is building in Nairobi, Kenya.”

Pinnacle Towers, which broke ground in Nairobi in 2017, had previously been touted as Africa's tallest building, with the main tower, at over 300m, expected to house retail and office space and the second tower to house a 45-floor Hilton Hotel and 200 apartments.

Mordor Intelligence (MI) estimates show that Africa’s construction market which was valued at around USD 5.4 billion in 2020, is expected to register a CAGR of 7.4% during the forecast period (2021 – 2026).

“The African construction industry is the target destination for most large economies. This is because of accruing benefits and/or advantages such as availability of huge natural resources, huge investment opportunities in energy and infrastructure, cheap labour, and a fast-growing consumer market,” Mordor said in part.

“Also, there is a beneficial business environment that includes favourable economic development policies and rising commodity prices in addition to continued progress in the fight against corruption and the adoption of democratic governments.”

According to industry sources, some 482 projects valued at $50 million or above had each broken ground by 1 June 2018.

In total, these projects are worth $471 billion –– nearly doubling the total project value from 2017 which totalled 210 billion US dollars.

According to MI, as a region, East Africa has the largest number of recorded projects, with 139 projects.

North Africa accounts for the largest share of projects in terms of value at 31.5 per cent (or $148.3 billion). The projects included are spread over 43 of Africa’s 54 countries.

Of the aforementioned figures, a significant amount of that investment is being channelled in the construction of skyscrapers including high-rise residential buildings.