Kenya boasts one of Africa's oldest fishing clubs, and a fly tying industry that for decades has supplied fishermen from Norway to New Zealand with hand-crafted lures.

• Kenya boasts one of Africa's oldest fishing clubs, and a fly tying industry that for decades has supplied fishermen from Norway to New Zealand with hand-crafted lures.

• Visitors come from all over the world to fish in its highland rivers and alpine lakes, where the British introduced trout in the early 1900s. 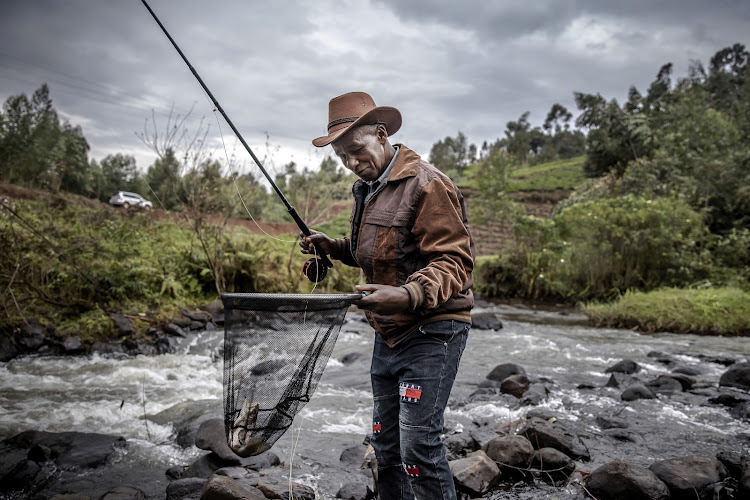 With the nimbleness of a younger man, John Ngaii Moses skillfully knotted a tiny fishing fly onto his line and hopping over mossy rocks, cast off into the surging river flowing through Kenyan tea country.

"I can tie a fly at night, without a light," the 60-year-old fisherman said with a grin, flicking his line with a graceful arc into the pristine waters.

Moses is something of a rarity in Kenya, where fishing for recreation is neither popular nor widely understood, and even viewed warily as a vestige of colonial times.

But the country occupies a special place in the world of fly fishing, and enthusiasts believe demystifying the sport could create jobs and encourage future generations to protect rivers.

Kenya boasts one of Africa's oldest fishing clubs, and a fly tying industry that for decades has supplied fishermen from Norway to New Zealand with hand-crafted lures.

Visitors come from all over the world to fish in its highland rivers and alpine lakes, where the British introduced trout in the early 1900s.

Fish don't draw tourists like the big cats on Kenya's savannas -- but what's on offer for the intrepid fisherman is no less remarkable. 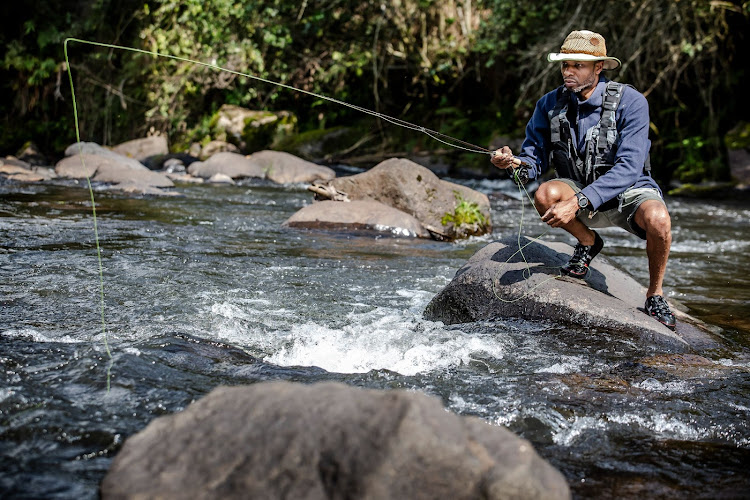 "Imagine spending the morning... fishing and the afternoon out taking pictures of wild animals. Where else can you have this?" said Zac Gichane, owner of the Aberdare Cottages and Fishing Lodge, a resort overlooking the Mathioya.

He said fly fishing was a multi-billion dollar global industry ripe for expansion in Kenya.

"It is God's country. Two hours from Nairobi and you find crystal-clear rivers, a peaceful village, greenery... The opportunities here are limitless."

Gichane sources his fishing flies from Kenyan craftsmen whose delicate and elaborate creations have become a mainstay for anglers across the globe.

These artificial lures -- some so small they perch on a fingertip -- are designed to imitate the particular insects that trout, salmon and other species feasts on.

Moses prefers the "royal coachman" -- traditionally dressed in feathers and a tail -- because it resembles a butterfly native to the Mathioya that brings trout to the surface. 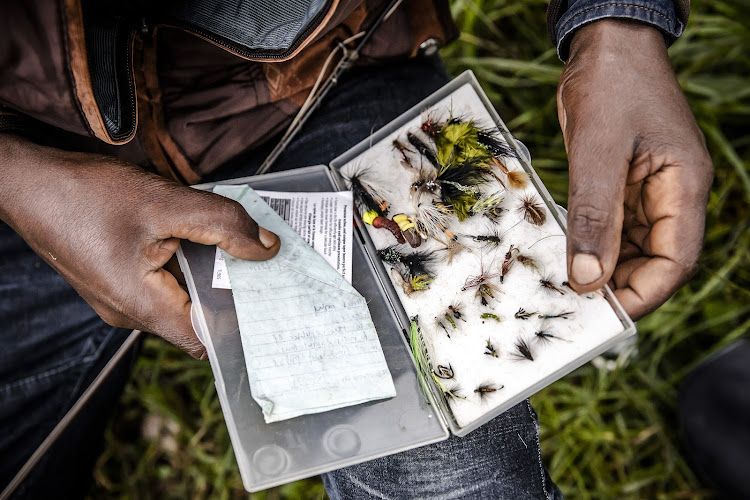 Reliable data is scant, but some estimates suggest one in three flies used in Europe originated in Kenya, while millions more are shipped to the United States, Canada and other key fishing markets.

"It is a big business in Kenya. It employs a lot of people," said John Nyapola, who runs Ojoo Fishing Flies Designers.

In his small workshop outside Nairobi, flamingo feathers, rabbit pelt and all manner of furs and fabrics litter an assembly table where custom orders from Canada, Australia and Japan are individually hand-tied.

"We have made them all," says Jane Auma, a veteran fly tyer with 32 years of experience, pointing to a well-worn catalogue detailing 1,000 individual lure designs.

Their names -- such as "Woolly Bugger", "Copper John" and "Irresistible Adams" -- are as baffling to most tyers as the sport itself.

"We do fish, but we don't use flies. We use nets, and we try and catch everything," Auma said, laughing.

Fly fishermen, by contrast, mostly return whatever they catch to the river, to prevent overfishing.

Gichane said the catch-and-release ethos was considered "madness" by Kenyans who fish for food.

Some also dismiss the sport as a strange import.

Decades ago, the Mathioya valley was a hotbed of anti-colonial resistance and suffered British reprisals.

Gichane said before independence in 1963 -- and even a time after -- many Kenyans wouldn't dare pick up a rod.

"They think sport fishing is for mzungus (white people), not for Africans," said Moses, who himself was born in a British internment camp, and is today a fishing guide.

The Kenya Fly Fishers' Club, a private 102-year-old establishment on the Mathioya, has sought to broaden the sport's appeal.

The club has welcomed more Kenyan members as interest has grown, and elected its first black chairman in 2018.

"Times are changing -- same as fly fishing. Right now we have a lot of local, indigenous Kenyans who are fishing. I am one of them," said Musa Ibrahim, a trustee and 20-year member of the club.

It has also reached out to local schools, to introduce children to fly fishing and its conservation aspects such as replenishing the Mathioya with trout.

Kenya at its prime was crisscrossed by 2,000 kilometres (1,200 miles) of unspoiled trout-fishing rivers, but rapid land conversion reduced that 10-fold, Ibrahim said.

"It's up to us to make sure that we leave the legacy for the next generation," he said.