• SMS, social media, emails and telemarketing are being used to encourage donations

A blood transfusion is a common medical treatment around the world, but for many patients in Africa, accessing blood is an expensive affair as there are not enough donations to meet the national demand.

According to the World Health Organisation, in most countries on the continent, donations are less than 10 per 1,000 people. Most blood donations are direct replacement donations (where people donate blood for a family member or friend). There are also instances where donors are financially compensated for donating blood. Far fewer donations are from anonymous voluntary donations.

Globally, approximately 119 million units of blood are donated each year. Some 40 per cent of these are collected in high-income countries, home to 16 per cent of the world’s population. Of this total, 2 million units are donated in SSA, where the need for blood transfusions is great because of maternal morbidity, malnutrition, and a heavy burden of infectious diseases such as malaria and HIV.

Approximately 65 per cent of the blood donations are given to children under five years of age and pregnant women who suffer birth complications. On average, 35 countries in Africa collect less than 10 donations per 1000 individuals. Meanwhile, there is a constant need for blood donations due to major shortfalls in the supply of blood across most countries in the continent.

Voluntary blood donation in the majority of the countries in the continent is centred on secondary school and university students. A positive donation experience, especially by the young and first-time donors, can contribute to them becoming repeat donors.

Retaining young donors is considered to be especially important because they are more willing to donate blood than older persons. Repeat donors enable blood services to plan ahead as their sources can be asked to donate blood at specific times, assisting the blood service to maintain a reliable and cost-efficient blood supply

The Covid-19 pandemic has disrupted these blood drives as schools and universities were shut down. Regular public blood drives have also been disrupted due to restrictions aimed at reducing the spread of the virus. Misplaced fears of contracting the virus in hospitals has also seen many people avoid hospitals or any of the venues where they can go and donate blood, further worsening the situation. 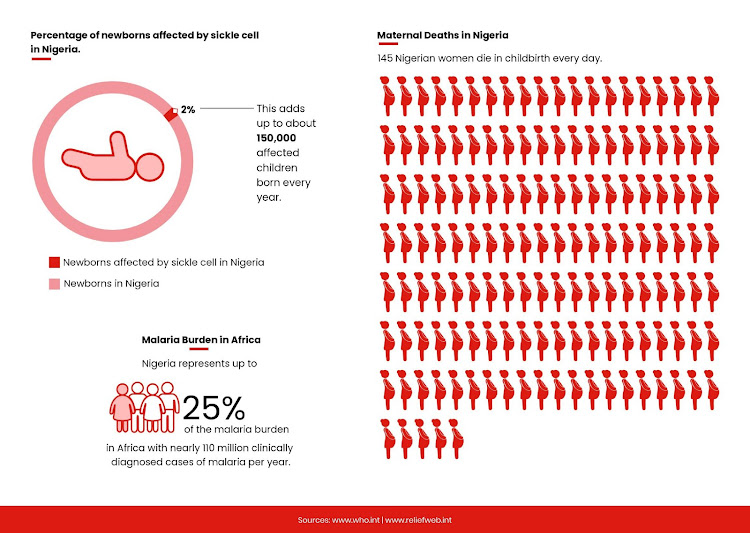 The main challenge faced by the national blood banks is the inability to provide adequate safe blood in a timely manner to all patients who need it due to constant blood shortages. National blood banks seek new ways to attract new donors and to encourage regular donors to continue donating.

For example, Kenya requires at least 3,000 pints of blood daily. However, due to the pandemic restrictions and lack of donor funding which has been the mainstay of the country’s blood donation services, collection by the Kenya National Blood Bank dropped to 1,000 pints of blood. It has now risen to between 2,000 and 2,500 pints of blood after the Ministry of Health re-allocated resources to fill the gap left by donor funding.

Young people are the focus of this year’s World Blood Donor Day campaign. Young people have been, and continue to be at the forefront of donating blood and achieving safe blood supplies through voluntary, non-remunerated blood donations. They have the enthusiasm and creativity to “give blood and keep the world beating”, which is the theme for this year’s campaign.

Agnes Wanjira, 18, is preparing to write her final secondary school exams. To mark this milestone, Wanjira says she is going to donate blood. It will be her second time to voluntarily donate blood. The first time she donated blood was last year when a cousin required a transfusion after a difficult birth.

“We were asked to donate blood for her and her baby. It was a matter of life and death. I was scared but I went to the hospital and gave blood. I am happy that l was able to do something to save my cousin and her baby,” says Wanjira who is proud to be called ‘aunty’!

This time round, she has mobilised her two best friends to go and donate blood to mark their education milestone. Agnes and her friends are a small percentage of women who donate blood.

Female gender participation in the blood donation process in most African countries is very low. Studies in Nigeria for example, have revealed that women make up less than 1 per cent of the voluntary non remunerated blood donors. Overall, women and girls are however under-represented in the donor pool due to cultural perceptions that men are healthier. Women and girls are also susceptible to iron deficiency and iron-deficiency anemia and pregnancy restricts donation capacity.

In addition, women are believed to have blood donations naturally through their menstrual cycle every month. Other obstetrical factors including pregnancy and breastfeeding also restrict many females from donating blood.

Only in recent years has a gender perspective been applied to scientific studies on blood donation, although many publications have long described results that show clear differences between the sexes, from the willingness to donate to becoming regular donors, all of which unquestionably influences current and future blood supplies.

Studies have indicated that other constraints to the gender disparity in blood donations are fear, women having less time to go to the blood donation sites or having difficulty in accessing these sites and overall experience once they get there.

Making it easier for women and first-time donors to access blood donation sites, debunking the false beliefs about blood donation, and increasing the level of knowledge and benefits of blood donation should be the topmost priorities if national blood donor services are going to meet the minimum annual target of collecting blood equivalent to one per cent of the country’s population. 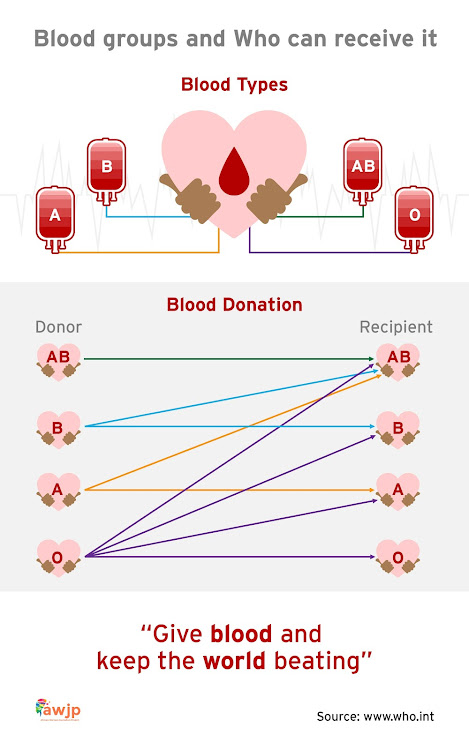 Amplifying the experiences of women who are regular blood donors can help address some of the misconceptions that people have about blood. Examples include Aisha Dafalla, a mother of three who in 2016 was recognised as the top female donor in Kenya. Also valuable are testimonies of blood recipients, such as Rose Ouma, who depends on regular blood transfusion to manage sickle cell disease, which she has had since birth, and first-time mother Tabitha Muthoni.

To remind regular donors and promote a culture of donation, the national blood services can utilise technology to reach out to the public to alert them on blood drive events, education messaging and debunking many of the myths surrounding blood donation.

Nearly half a billion people subscribe to mobile services in sub-Saharan Africa, but that is still only a 45 per cent penetration rate for the region. At the end of 2019, 477 million people in sub-Saharan Africa subscribed to mobile services with the Global System for Mobile Communications (GSMA) predicting that the continent will hit the half a billion mark this year for unique mobile subscribers, and a 50 per cent subscriber penetration rate by 2025.

Total connections are actually much higher with 850 million in 2020 and a prediction of 1 billion SIM connections by 2024. Smartphone connections are expected to double and reach 678million by the end of 2025 which means that mobile internet usage, which currently stands at about 272 million will continue to rise as cheaper devices become available.

National blood banks should be able to utilise mobile technology to reach young people and the general population. In Tanzania, the NBTS has partnered with Facebook,to connect its seven blood donation centres to blood donors across the country. Facebook’s blood donation feature aims to encourage people to donate blood and will enable anyone in Tanzania between 18 and 65 years old to sign up to receive notifications about blood donation opportunities nearby. 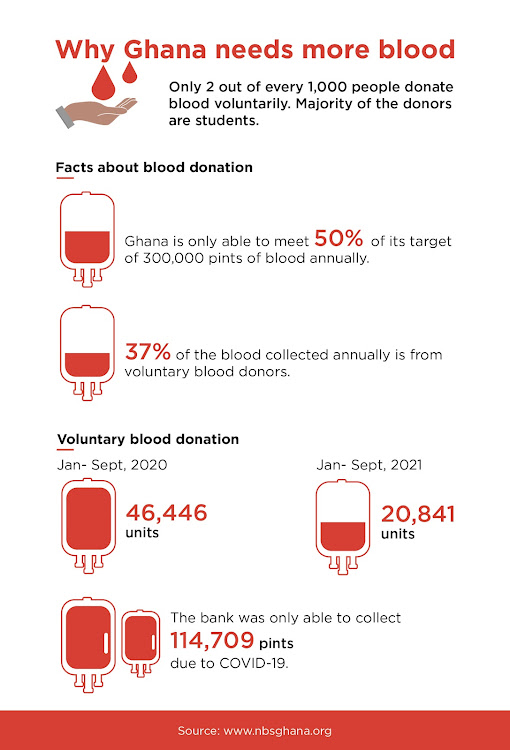 In Kenya, the KNBTS have been using text messaging, Text for Life/WanaDamu, to enhance engagement and reach out to potential donors. Donors are sent reminders when they are due to donate and they can also find blood donation sites. Blood donation agencies can enhance the quality of services they provide by increasing communication with the public by using USSD links to enable people to access answers to frequently asked questions about blood donation, blood donation sites, blood drives, etc.

Simple messages thanking donors when they have donated, informing a donor when his or her blood has been out to use can encourage people, especially the young, to become regular donors. Online or mobile registration as a donor can also help bridge the gap in blood donations.

Other ways of enhancing communication with the public and potential donors is to use SMS to inform the potential donor when they and where they can collect their donor card, the results of their blood test as well as any other useful information they need. Such communication would help in motivating first-time donors to become regular donors.

Using a mix of SMS, social media, emails and even telemarketing to encourage donor recruitment and retention can help blood donor services increase their donor base and ease the processes of recruitment and mobilisation of donors, especially when there are urgent blood appeals. Specific outreach measures targeted at women would also help in bringing more women into the blood donor pool.

This article was produced by the Africa Women’s Journalism Project (AWJP) in partnership with The ONE Campaign and the International Center for Journalists (ICFJ).