Agony of Kilifi elders murdered for 'witchcraft' in land grab

• Rescue centre opened to save elders at risk of being murdered by relatives, on allegations of witchcraft, to grab their land. Death toll in Kilifi 400 a year.

• The old men stay in tents donated by the Kenya Red Cross and they require a lot of medication and food.

For the last 11 years, Baya Charo, 75, from Baricho area in Magarini, Kilifi, has never never seen his home.

His family nearly lynched him for allegedly being a witch, forcing him to abandon more than 200 acres to stay at a rescue center in Malindi to protect the elderly from extrajudicial killings.

Charo, the father of nine, is lucky to be alive today since he cold easily have been more than 400 elderly people killed each year at the Coast for allegedly practicing witchcraft.

Witchcraft in all its shades a crime, as is murder. Witchcraft offences are  punishable by as long as 10 years in jail.

The Star caught up with Charo at Mekatilili Menza Cultural Resource and Rescue Centre in Moi village, Sabaki ward in Magarini constituency, which he now calls home.

He was visited by Coast-based lawyers who had come to support elderly men and women rescued from extrajudicial killings.

Charo is among more than 100 older folks saved from the brutality of family members out to kill them, claiming they are witches who cannot be spared.

“I came here because I had problems. I went home from my shamba and at night I was woken up by gang members slashing me with pangas," he said. 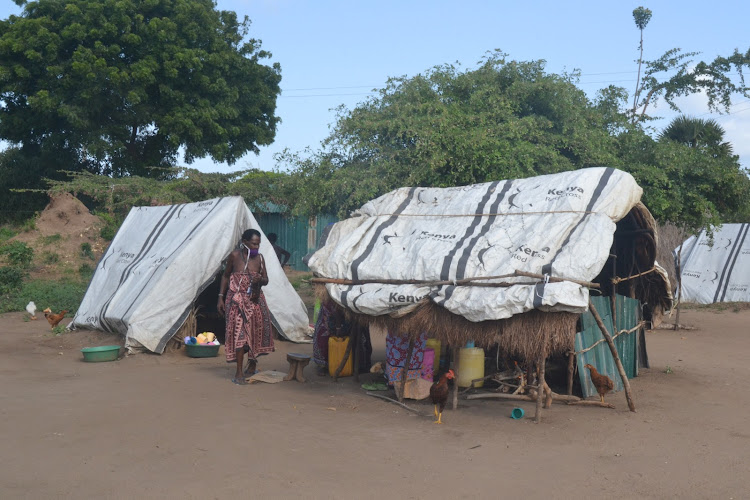 'WITCHES' VILLAGE: Some of the tents where the elders stay at the rescue centre in Moi village, Magarini, Kilifi.
Image: ALPHONCE GARI

Charo said they first slashed his mouth, then cut his head and his back. He tried to defend himself with his own panga, though he was bleeding heavily.

He had been seriously wounded but was determined to scare away the attackers.

Luckily, Charo was rescued by an official of Mekatilili Menza Rescue Centre who arrived several hours later and took him to hospital.

That was the last time he saw home as he was later taken to the rescue centre for elderly men saved from the extrajudicial killings engineered by hired hitmen. The accusation is they are witches.

It all began after one of his sons fell sick and his relatives took him to a witch doctor who said he had been bewitched by his own father. 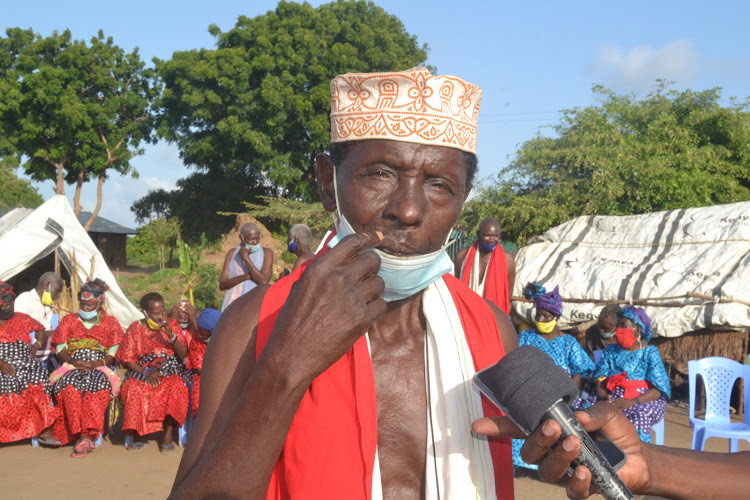 NARROW ESCAPE: Baya Charo, 75, who escaped death twice after he was attacked by killers using pangas 11 years ago for allegedly being a witch. He shows his scars.
Image: ALPHONCE GARI

“I was summoned to where my son had been taken and ordered by the witch doctor to cleanse him in front of a large crowd of people. Luckily, a  young man told the gathering my son had liver complications requiring urgent medical attention."

His son died because of the delay and time wasted.

The threats did not end there as the killers followed him at the rescue centre and again attacked him as he went to relieve himself.

This time they almost killed him but he used a knife to defend himself.

After a battle, they escaped, seeing another old man approaching.

Chro blames his sons and said they sold five of his more than 200 acres immediately after the first attack.

He has been forced to live in the rescue centre, which was relocated from Malindi town's Mbuzi Wengi area to Moi village. He says he will be there for the rest of his life.

His case is just one among many who own property and risk death when their hair grows grey.

As a result, many elderly men and woman are forced to dye their hair. 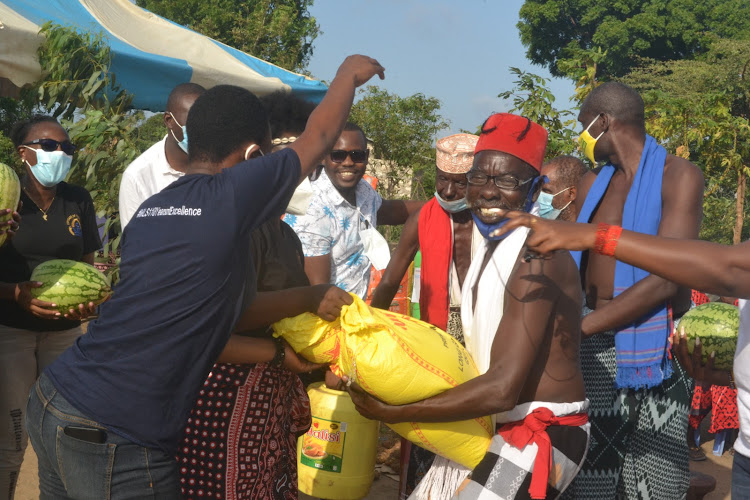 Kadii Ngura, 70, another survivor from Paziani Madunguni has also been living at the Mekatilili rescue centre for two years. Unknown attackers burnt her house as she slept.

Ngura, a widow, said she had sold her husband’s cows and bought 12 acres for his grandchildren as their father had relocated to Kurawa area in Magarini.

However, she said after constructing a semipermanent mabati-roofed house, one day the grandchildren came to kill her so that they could sell off the land.

She said they first locked her door from the outside before they set the house ablaze, leaving her for dead.

She managed to break a section of the wall made of mud, and hid at the Galana river for the whole night.

They found her alive the next morning.

“They confronted me again but a relative took a panga and came to my defense. He told them he would kill them," Ngura said.

Ngura was forced to leave her 12 acres and stay permanently at the rescue centre, which she calls home.

Those at the centre are lucky to be alive but many others have been murdered for land, often falsely accused of witchcraft.

Mwenda Mweni, who is nearly 80 years old, suffered the same jealousy and nearly died. She barely escaped before the hitmen struck. 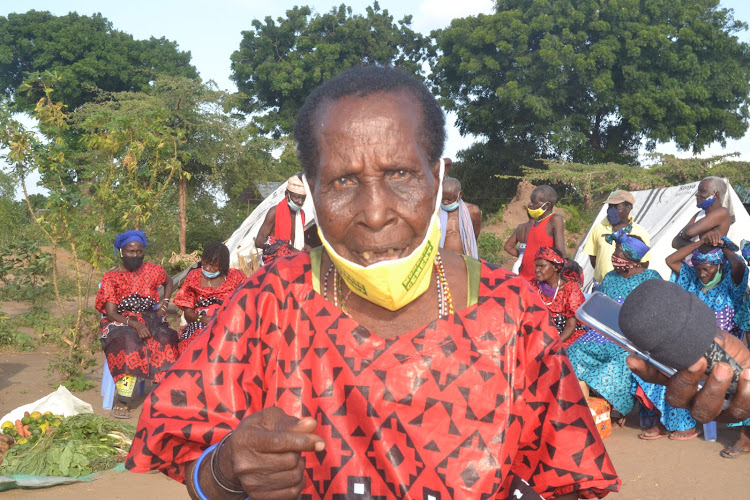 SURVIVOR: Kadii Ngura,70, another survivor who narrowly escaped death after her house was locked from outside and burnt two years ago.
Image: ALPHONCE GARI

This reporter found Mweni crying inside one of the traditional houses at the rescue centre. She had just learnt her eldest daughter had died but she was not informed of her illness until two day after her death.

She was afraid to attend the burial, lest the hitmen would find her.

"Even some of my children and their wives say I am a witch, but I am not," she said.

Mweni said since last year she has been living at the rescue centre and the only one who used to visit her was here daughter, who has now been buried.

WHY ELDERS ARE KILLED

Joseph Karisa Mwarandu, the secretary general of Malindi District cultural association and founder of the rescue centre, said they decided a rescue centre was needed when they realised the plight of the elderly.

They realised that after finding cases of elderly men being lynched on suspicion of being witches were on the rise, particularly in Kilifi.

He said most are hacked to death because they are said to be witches, but the real reason is that relatives want to inherit their wealth.

Sometimes people died of old age and various ailments, including Aids, but they are still said to have been witches or the victims of witchcraft.

“Ever since we started this center, we have not received any support from the county or national government,"Mwarandu said. "We are happy that now colleagues from the legal fraternity are coming on board to support us,” he said.

Mwarandu said the rescued older persons lack proper housing, food and medication, which is a problem.

The senior lawyer aid they plan to securely fence the area so elderly people are safe.

He said with teamwork they will begin pushing for a change of the Witchcraft Act. to ensure elderly people are protected He called for help from well-wishers.

Stanley Kiraga, founder an chairman of MADCA said each year over 400 elders are killed for allegedly practicing witchcraft in Kilifi county which was alarming.

He said they have managed to rescue more than 100 elders but about 35 are remaining and the others went back to their homes.

Kiraga said the government should treat the extrajudicial killing as a disaster just like Covid-19 as elders’ risk being wiped out if action is not taken.

"It is unfortunate that elders are being wiped out mercilessly in Kilifi by people out to inherit their wealth for personal gais," he said.

Post a comment
WATCH: The latest videos from the Star
by ALPHONCE GARI Correspondent, Coast Region
Big Read
29 May 2021 - 13:24
Read The E-Paper