You can have HIV and still lead a healthy life

Since the pandemic began, many youths who are HIV-positive have been shying away from going to the hospital to get their antiretroviral drugs for fear of being tested for Covid-19.

Since the pandemic began, many youths who are HIV-positive have been shying away from going to hospital to get their antiretroviral drugs for fear of being tested for Covid-19.

Reports indicate most stopped the visits after they were told people living with HIV-Aids are at a high risk of getting the virus.

In Kaloleni, Kilifi county, the problem has been giving HIV activist Saidi Kote sleepless nights as failure to take ARVs puts victims at high risk of dying as their immune system goes down.

Kote, 21, has been living with HIV-Aids for the last 14 years in Mariakani after coming to terms with reality and accepting that being positive is not the end of life.

The activist, who also doubles up as Mr Y2Y Coast region 2020 (a youth-to-youth outreach), has been in the forefront to enlighten other youths on the importance of knowing their status and how to live with the virus. 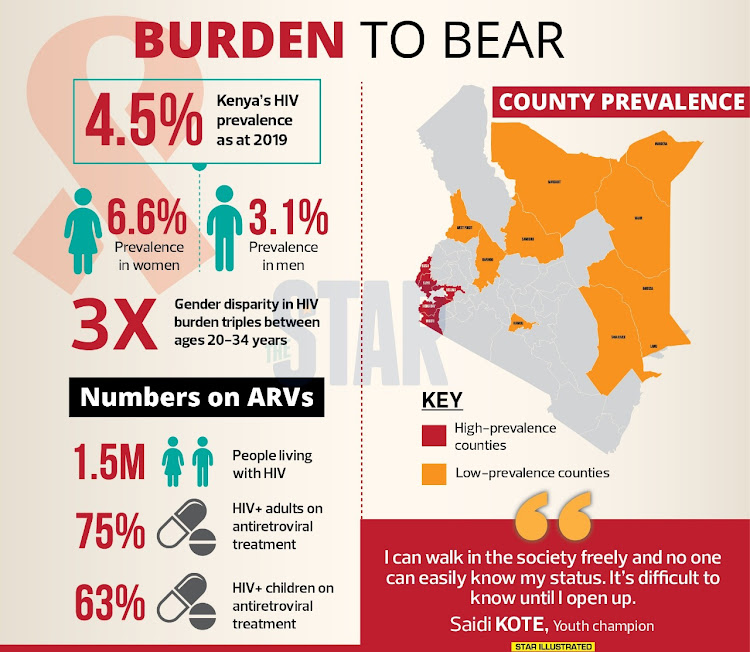 Year in year out after learning he had been infected, he used to come together with others to share ideas. But since the Covid-19 pandemic began in March last year, most youth are shunning the centre.

He says there is no chance for them to come together and interact freely with others like before, while others stopped taking ARVs, which is risky to their health.

"For now, it is difficult for the youth to share the challenges they are facing at home. Such people now are easily getting sick because their viral load has gone up," he says.

We met with Kote at the Mariakani Subcounty Hospital, where he is among the youth champions advocating for youths to know their status and visit health facilities to take drugs.

The programme is funded by Deutsche Stiftung Weltbevölkerung (DSW) Kenya and is at the forefront of advocating sexual and reproductive health and healthy living among youth.

However, it is falling behind on the zero missed appointments part due to Covid-19. 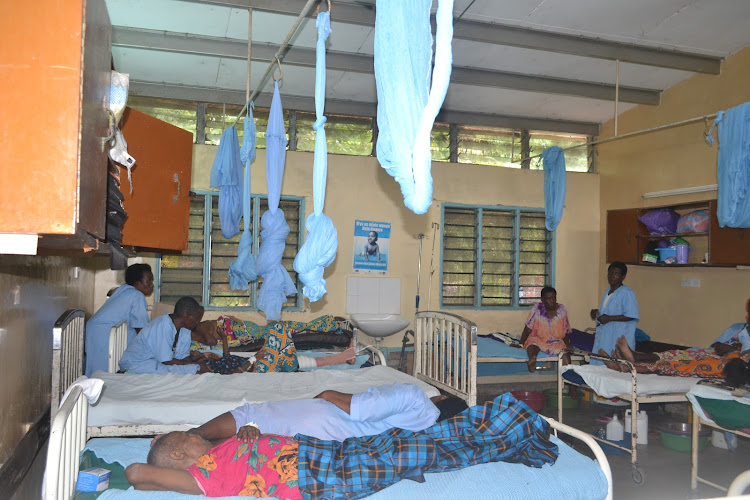 Kote says besides fear of Covid tests, the youth also fail to take drugs, as they spend time with friends who do not know their status.

"If one fails to go for the drugs or to take the drugs at the specific times he set, like 8am or 8pm, their immune system goes down," he says.

Kote says this has led to such youths contracting many diseases, and they end up hiding in homes due to stigma, fearing people will know their status.

When one fails to take drugs, they also end up losing weight and getting infectious diseases, such as tuberculosis.

The patients used to be given septrin together with other drugs, but it has been in short supply since the pandemic began.

This, he says, requires one to be constantly using ARVs to increase immunity and fight back other diseases.

Kote says the challenges youth face in the grassroots is mostly fear of coming to youth centres to receive information.

So far, many youths stay in their 'base' and get lost chewing muguka and misleading each other on issues like smoking bhang and other drugs.

"They feel once tested and their temperature is found to be high, automatically they will be Covid-19 positive," the youth champion says.

Are Kenyan youth turning into zombies?

There is a misconception in the society and the grassroots that once you are infected with HIV-Aids, your life is no more

While Kote is in the village, the youth, because they know him as a champion, at times request to be given condoms.

He says there are many youths affected by HIV. The programme has a special day to meet them and ensure they interact with others and feel the aspect of togetherness.

Kote appeals to the government to ensure there is more sensitisation so  information is made available n the grassroots.

"There is a misconception in the society and the grassroots that once you are infected with HIV-Aids, your life is no more," he says.

Kote believes youth need to be sensitised to know that being HIV-positive is not the end of life as once one takes the drugs, life will go on smoothly.

Using himself as an example, he says consistency in using ARVs has enabled him to live a healthy life.

"I can walk in the society freely and no one can easily know my status. It's difficult to know until I open up," he says.

When the youth get the information, they will be able to go for tests and, if found negative, will be educated on how to protect themselves and ensure there is zero infection.

The youth champion knew his status way back in 2007 after he got very ill and went to the hospital.

Back then, there was a mentality that whenever one gets very ill, he had been bewitched.

One would go to witchdoctors and despite all treatment, it was difficult to get healed, which threatened many lives.

His aunt, who had tested and knew her status, gave the same information to his mother, who took him for tests.

"Had it not been the information from my aunt, my mother wouldn't have taken me for tests," he says.

The mother took him to hospital for tests and it turned out to be positive. 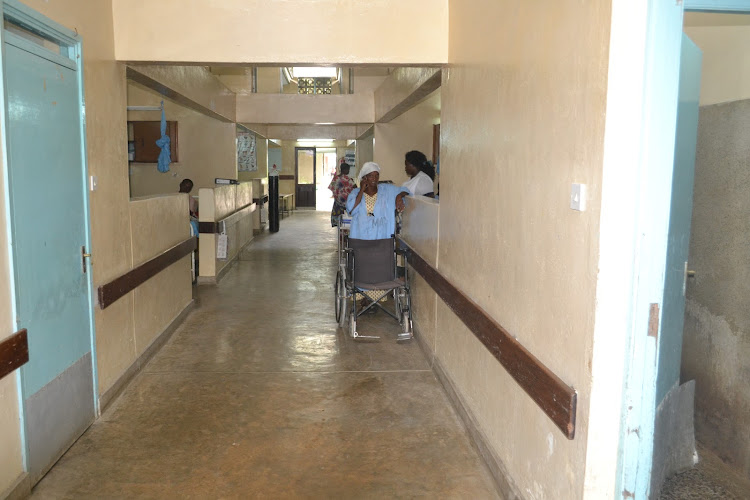 Initially, it was not easy for him to accept as he wondered why only he contracted the virus and not his elder or younger brothers. It's only his mother who had also turned out positive.

While in college, he was living in hostels and timings for taking drugs were tricky for him.

At one time he ended up having a high viral load, which affected his health, and he became so weak until colleagues began questioning him.

"Due to the stigma, I felt like quitting college, but I thank one counsellor at Mariakani Subcounty Hospital, who came and counselled me and advised me on how to move on," he says.

Kote got back on drugs and he regained weight well. To date, he is the youth champion for Operation Triple Zero at Mariakani Subcounty Hospital.

During the outbreak of the Covid-19 pandemic, he thought an HIV-Aids patient could more easily be infected by the virus than those who are negative.

However, the Ministry of Health guidelines helped him understand that anybody could contract the virus, and all one needed was taking precautions such as wearing masks, keeping social distance and avoiding crowds.

As a champion, he uses the knowledge to pass information on sexual and reproductive health, family planning and use of condoms, for those who are sexually active.

"I also ensure I sensitise fellow youth to follow the Covid-19 protocols because many are ignorant and have a wrong notion that the government wants to make money," he says.

Kote always gives encouragement messages to other victims and even confesses to them about his status to enable them to feel strong.

Every day at 8pm, Kote must take the HIV-Aids drugs. He has a friend whom he sensitised who takes drugs at the same time as him, and they remind each other.

Kote resides in a rental house with a single parent, which enables him to live freely without stigma.

They will also put a lot of effort to recover from the Covid-19 pandemic, which saw a reduction of up to five per cent of health clinics.

"We want to thank all our health workers and partners that through sensitisation and advocacy, we've been able to restore the confidence back to our users, and those visitations are almost regaining to normalcy," he said.

With such concerted efforts, people living with HIV-Aids are told not to worry and to continue going for ARVs and taking their drugs like the normal days before the Covid-19 pandemic, so as to maintain their health status.